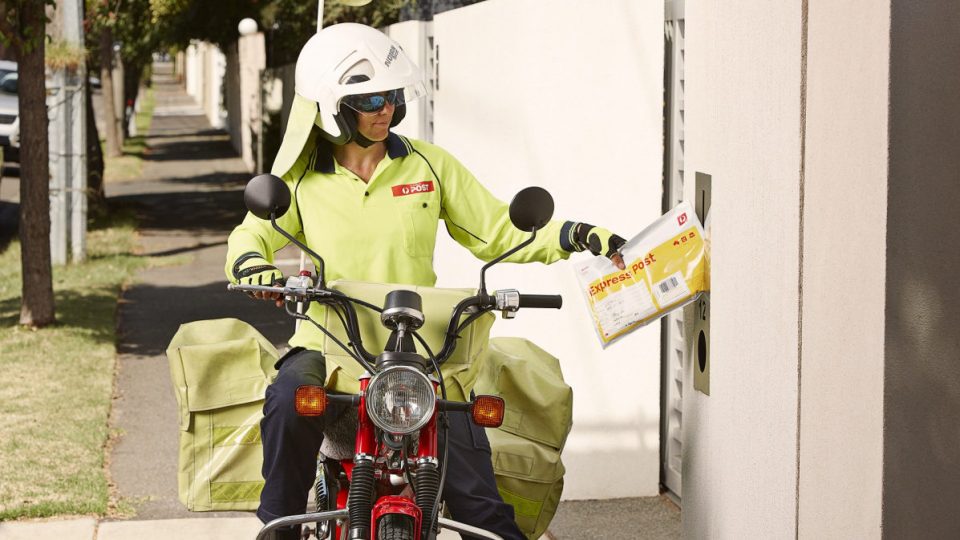 Christmas packages and cards are expected to drive mail volumes to record levels this season.

Australia Post is hiring thousands of casual staff and urging people to get their Christmas shopping done early if they want to post presents and cards, as the corporation prepares for a record festive season.

Australia Post’s Gary Starr said preparations for the peak season were well under way, including the recruitment of more than 4000 Christmas casuals.

“We’re seeing record parcel volumes with more than 5.9 million households shopping online a month – that’s more than half of all Australian households, and it’s showing no signs of slowing as we head into the online sales season and Christmas,” Mr Starr said on Thursday.

There will be extra air freight capacity, weekend deliveries and thousands of new staff to ramp up delivery services and parcel sorting with deliveries arriving right up until Christmas Eve.

However, for some locations, including Perth, Darwin and others outside of metro areas, it’s recommended parcels be sent even earlier. Customers are advised to check the Australia Post website.

Christmas cards should be sent by December 16, and customers sending overseas are encouraged to do so as soon as possible as cut-off dates vary depending on the destination.