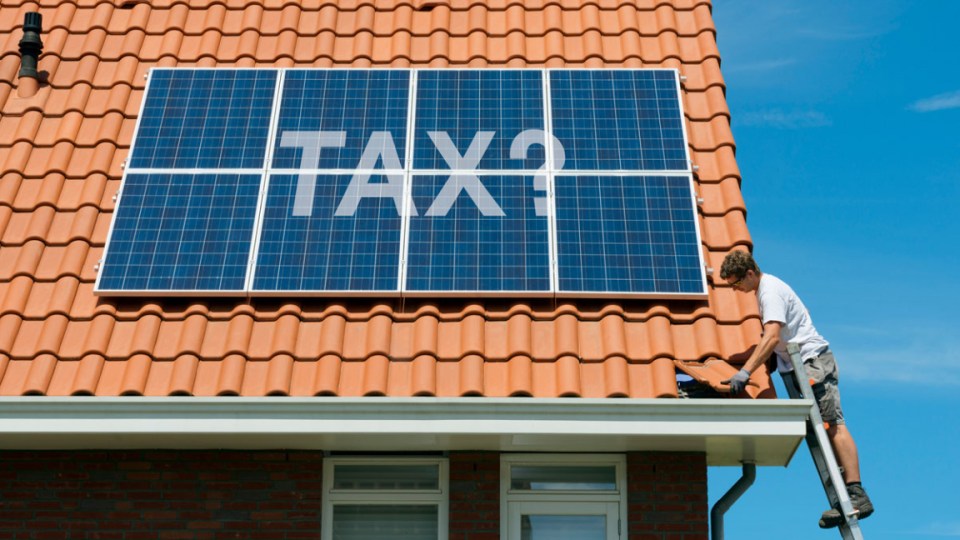 A plan to tax rooftop solar-owning households for excess energy production has been met with some criticism. Photo: Getty

Households with solar panels could be charged an average of $100 a year under a controversial “solar tax” put forward by the national electricity market’s rule-maker.

The proposal, part of the Australian Energy Market Commission’s draft determination to combat “traffic jams” created by surplus energy flowing through the grid, was met with acrimony from renewables advocates, who said it could discourage households from signing up to solar.

“As we transition our energy system and clean up our power supply, we need to be encouraging more rooftop solar – not penalising people for putting panels on their roof,” Solar Citizens national director Ellen Roberts said.

So, what are the changes? And how could they affect everyday families?

What are the proposed changes?

Under the AEMC’s proposal, solar-producing households creating excess energy would be charged under a “two-way” pricing structure that kicks in when the electricity network is at peak congestion.

In essence, networks will impose pricing mechanisms that encourage households to export rooftop-generated solar only when the grid needs it most, and would charge them in the range of two cents per kilowatt-hour (kWh) in moments of high demand.

AEMC modelling suggests the average cost to solar-producing households is $100 annually for a typical 5kW system. But time-of-use savings would drag that down to $74 per customer.

In its report, the regulator – which tried to implement a blanket solar tax four years ago – stressed the savings made from self-consumption and feed-in tariffs (deductions to energy bills based on exports) still outweighed the tax.

How much does it cost to install solar at the moment?

The price of installing solar panel systems varies depending on the state and the quality of the system.

Eligible households have been helped along with subsidies at the federal level – averaging a $525 saving per kW installed – and further rebates and green loans at the state level.

And the rampant uptake of solar, including over 300,000 installations in the 2020 calendar year, has helped drag down the average cost of installing solar systems substantially.

Could the tax affect my system’s value for money?

Right now, the average payback period – the time it takes for a system to pay itself off – is six to seven years for those without subsidies, according to Victoria University’s Victoria Energy Policy Centre director Professor Bruce Mountain.

He told The New Daily if the AEMC’s proposed changes were adopted, it would make exports for the typical Victorian household “worthless”, as the $100 annual charge would match the average amount those solar consumers make from feed-in tariffs.

This would effectively “extinguish” the chance a household solar system could pay for itself, he said.

“Right now, customers get about half the value from their rooftop solar in the cheapest source of electricity for themselves, and the other half is the value they export. And if you kill that export, it will greatly weaken the economics of installing rooftop solar,” Professor Mountain said.

However, SwitchDin CEO Andrew Mears said if networks rolled out the changes via a flexible model, it could increase the return on investment for some customers – namely those with the funds to afford a battery.

“But if these changes are put on top of a business as usual approach, it’s going to represent a tax,” Mr Mears told The New Daily.

Canstar Blue editor-in-chief Simon Downes told The New Daily the move would “effectively punish” those investing in their homes via solar energy systems, who are already affected by lower minimum feed-in tariff rates.

Those rates are set to be slashed in some states in July this year.

Is there anything I can do to prepare for a potential tax?

As the AEMC’s report stated, the proposed tax would provide a small incentive for households to think about purchasing a solar battery.

However, Mr Downes said the upfront cost of batteries was still prohibitive for most solar-producing households and becomes more expensive for retrofits.

That’s without factoring in the added cost of inverters, cabling and installation. Higher capacity batteries can cost around $15,000.

Solar Choice CEO Jeff Sykes told The New Daily the changes may force some to consider downsizing their system’s size to rebuff the reduced returns from feed-in tariffs.

SwitchDin’s Mr Mears said maximising self-consumption could help some families reduce the tax, while making conscious decisions about when they use electricity could also be useful.

“Not all customers have this flexibility, but if they can focus on shifting some of their loads into the middle of the day, you can maximise the overall return of your system,” Mr Mears said.

“We’ve seen more uptake in the last year with people working from home, and people have joined the dots that they can make better use of their solar than they would have previously.”

What the proposed tax on rooftop solar means for consumers. In a word, ‘Ouch!’