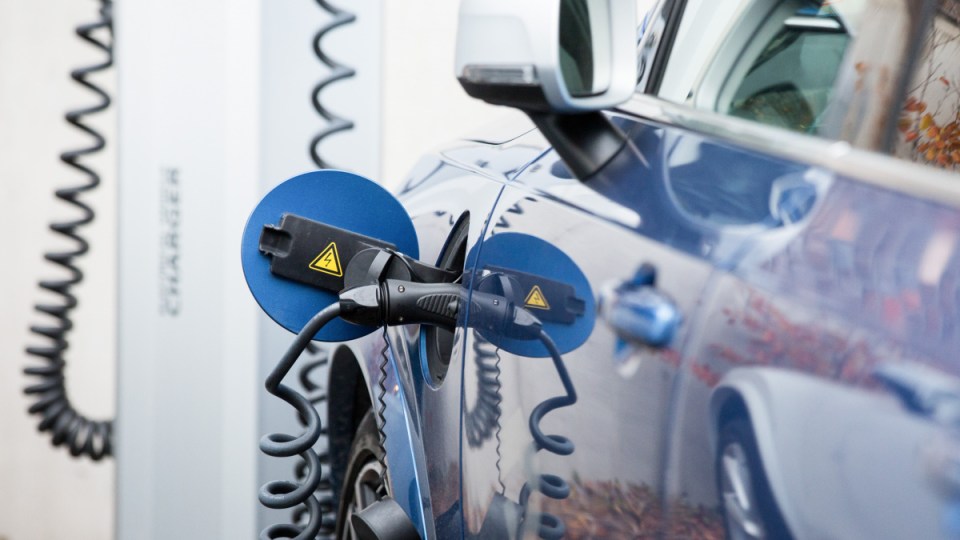 The government should do more to drive greater uptake of electric vehicles, according to industry analysts. Photo: Getty

Australians are missing out on the major savings and cleaner air that electric vehicles can deliver due to a lack of government support, according to industry analysts.

A week after General Motors said it would stop selling petrol and diesel cars by 2035, critics have attacked the federal government for delivering a ‘future fuels’ discussion paper that fails to encourage the uptake of electric vehicles (EVs) and slugs consumers with higher prices.

The discussion paper ruled out taxpayer subsidies for EVs and said the Morrison government would focus first on encouraging businesses to make the switch.

It described the former as poor value-for-money and the latter as “an effective pathway for early adoption”, given that businesses accounted for roughly 40 per cent of new vehicle sales in 2020.

But critics said the experience of other developed economies, including world leader Norway, showed that taxpayer subsidies were hugely successful in encouraging people to make the switch to electric vehicles.

“They complain that it’s not cost-effective to subsidise electric vehicles. But this metric is never used when it comes to looking at whether it’s cost-effective to provide further support for, say, the oil industry,” Australia institute climate change and energy director Richie Merzian told The New Daily.

“This is a government that picks and chooses how it defends its policies, and which ones it wants to advance. And it’s clear that they do not want to advance electric vehicles.”

Rather than introducing incentives to encourage households and businesses to move towards a socially desirable goal, it says it would rather let the market run its natural course, arguing that consumers will switch to EVs when the technology has improved enough to drive down costs.

But this flies in the face of official advice provided to the Turnbull government in 2018, which found taxpayer subsidies were the best way to encourage Australians to buy electric cars.

“Australians are already making the choice to switch to new vehicle technologies where it makes the most economic sense, with hybrid sales doubling last year,” Minister for Energy and Emissions Reduction Angus Taylor said on Friday.

“We are optimistic about how quickly the technology cost will reduce for other electric vehicles compared to traditional cars, making it an easier choice for consumers.”

Analysis cited in Friday’s discussion paper also claimed that EV subsidies would cost the taxpayer between $195 and $747 for every tonne of carbon dioxide prevented from being emitted. It said this was much higher than the price paid by the government’s Emissions Reduction Fund ($16 per tonne of carbon).

“I’ll admit there is an inevitability to electric vehicles coming, but what is disappointing is that right now they are not available to everyday Australians, because the sticker price is too high,” he said. 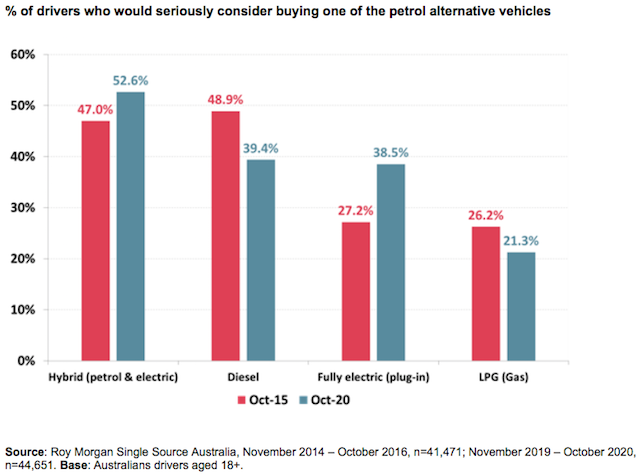 In addition to introducing taxpayer subsidies, Mr Merzian said the government could drive faster uptake of electric cars by bringing in emissions standards, a change that would cost taxpayers nothing.

“There are no fuel standards for our cars in terms of how efficient they have to be,” he said, noting that roughly 80 per cent of the world have these standards.

“By not having any of these standards in place, car manufacturers overseas are sending their most efficient vehicles, and their best electric models, to markets that do have these incentives,” Mr Merzian said.

“So we’re not just a car taker these days, we’re a crap taker.”

According to the Federal Chamber of Automotive Industries, electric vehicles accounted for just 0.2 per cent of total new vehicle sales in Australia last year.

But in Norway, where the government has introduced a range of policies including purchase incentives, EVs accounted for more than one in two new vehicle registrations in 2019.

To help bridge the gap, Dr Jake Whitehead from the University of Queensland says the Australian government should follow US President Joe Biden’s lead and electrify its fleet of more than 10,000 cars.

Doing so within the next decade would cost less than $200 million, according to the Parliamentary Budget Office.

In an article for The Conversation published on Monday, Dr Whitehead said this was “smart and strategic, because it:

“Without it, we will miss our climate targets, and the opportunity for thousands of new jobs.”