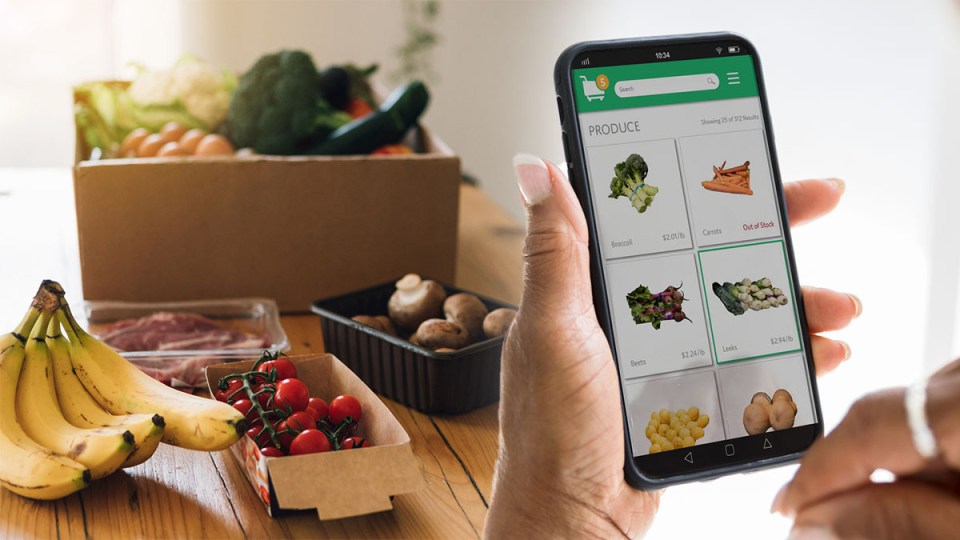 We're buying twice as much food online every month than we did in 2019. Photo: TND

Your local supermarket could look very different in five years as the big players adjust to a seismic shift in online shopping after the pandemic.

We’re now buying twice as much food online every month than we did two years ago – a $117 million weekly change in shopping habits.

But, ironically, you’re likely to see the biggest changes in store, as Coles and Woolworths are expected to respond with a generational evolution in supermarket shopping, according to retail expert and QUT professor Gary Mortimer.

“It’s back to the future,” Professor Mortimer told The New Daily.

“The modern supermarket we saw evolve over the ’80s, which was 4000 square metres and 15 aisles, will reverse back to almost a green grocer.”

That could mean as much as 50 per cent of the retail space at your supermarket could be repurposed to feed the rapidly growing realm of online shopping.

“Part of the space will become a mini fulfilment centre facilitating online delivery of dry groceries, and the other half [will] remain fresh produce, dairy and deli,” Professor Mortimer said.

Supermarkets are stepping up their investments in online shopping as digital food sales – previously a laggard in the e-commerce boom – have taken off during the pandemic, increasing 76 per cent annually in January to $908 billion.

In fact, online food sales were responsible for the bulk of e-commerce growth in January, rising 4.7 per cent as non-food purchases stagnated, according to the Australian Bureau of Statistics.

About 30 cents in every dollar spent online in January went on food, which includes meal delivery and was the highest proportion on record.

So, what’s going on?

Professor Mortimer said shoppers are sticking with e-commerce for food after trying it for the first time during the pandemic.

“COVID-19 forced online trials, and once [consumers] had a positive experience they were more likely to continue,” he said.

This doesn’t mean the physical supermarket is dead, though. More than nine in 10 grocery dollars are still spent in store.

But many more people are doing at least some of their weekly grocery shopping online now, particularly for packaged groceries.

And that means Woolworths and Coles will need to dedicate more space to online fulfilment, as they rush to keep up with demand.

The incentives are large: Woolworths made $1.8 billion from e-commerce over the December-half (up 91.8 per cent), while Coles increased its online sales by 89.6 per cent over the same period.

And the post-pandemic online boom isn’t limited to food, either.

“At the start of the pandemic, it was rather obvious that online shopping would go up, and it did,’’ Dr Hunter said.

“The question has been, ‘Would that be sustained?’

“It does look as though a significant part of that shift has been maintained, and that people are choosing to shop online and not go to the shops [as much].”

After reaching a record 11.2 per cent of total retail sales during the height of the pandemic in April, online sales settled to 9.9 per cent of the market in January.

Online boom could drive down prices

But what does it all mean for the broader economy?

“The jury is still out on whether [e-commerce] will increase total spending overall, but it obviously changes sectors, jobs and types of investment,” Dr Hunter said.

“This will have implications in terms of employment and where people work.”

Meanwhile, demand for e-commerce warehouse space is booming, increasing by more than 300,000 square metres – that’s 15 MCGs – in the first nine months of 2020, according to commercial agent JLL.

Which could mean lower prices.

Professor Mortimer said the operational costs of e-commerce are expected to be lower than the costs of running physical stores – a benefit that should eventually flow through to consumers.

“Initially, retailers will aim to drive profitability, because from that profit they will be able to invest in infrastructure to improve their online [services],” he said.

“But in two or three years, after establishing those online capabilities, they’ll start to invest some of that profit back into price.”

The online shopping revolution changing the way we buy our food