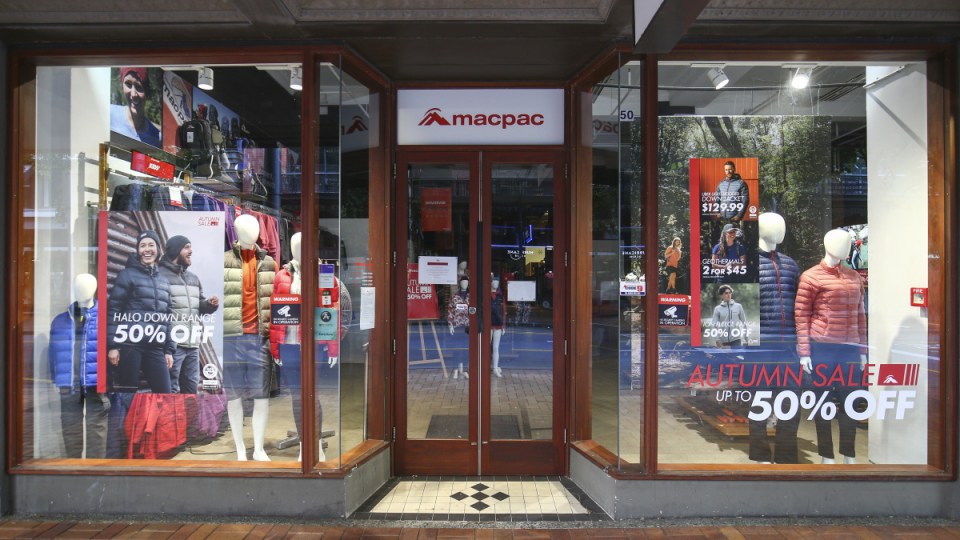 Super Retail Group says it will pay back $1.7 million in JobKeeper subsidies it took for its Macpac staff. Photo: Getty

Two retail groups that own the Supercheap Auto and JB-Hi-Fi stores have reported bumper first-half earnings during the pandemic.

Super Retail Group, which owns BCF, Macpac, Rebel and Supercheap Auto, said on Monday net profit after tax was expected to rise by up to 201 per cent to $173 million, based on preliminary figures.

The company will give first-half earnings for the six months to December 26 on February 17. But, in an announcement to the ASX on Monday, it said its sales were up 23 per cent in the past six months.

Super Retail also said it would hand back $1.7 million in wage subsidies to the federal government.

It told the ABC it was handing back the JobKeeper payments voluntarily due to its better-than-expected results.

The JobKeeper payments had been only for staff hired at the group’s Macpac chain, which has 72 bricks-and-mortar stores.

Staff will instead be paid out of the company’s coffers.

SRG’s sales were boosted by online sales, which soared 87 per cent to $237 million during the pandemic.

But the rise came off a low base, with online sales still making up just 13 per cent of overall sales.

One of the company’s biggest boosts was to online sales at BCF, as Australians with no choice but to travel at home flocked to buy camping and outdoors gear.

Meanwhile, JB Hi-Fi – which owns the whitegoods chain The Good Guys –, said preliminary figures indicated its net profit after tax was up 86.2 per cent rise to $317.7 million.

JB Hi-Fi will give first-half earnings for the six months to December 31 on February 15.