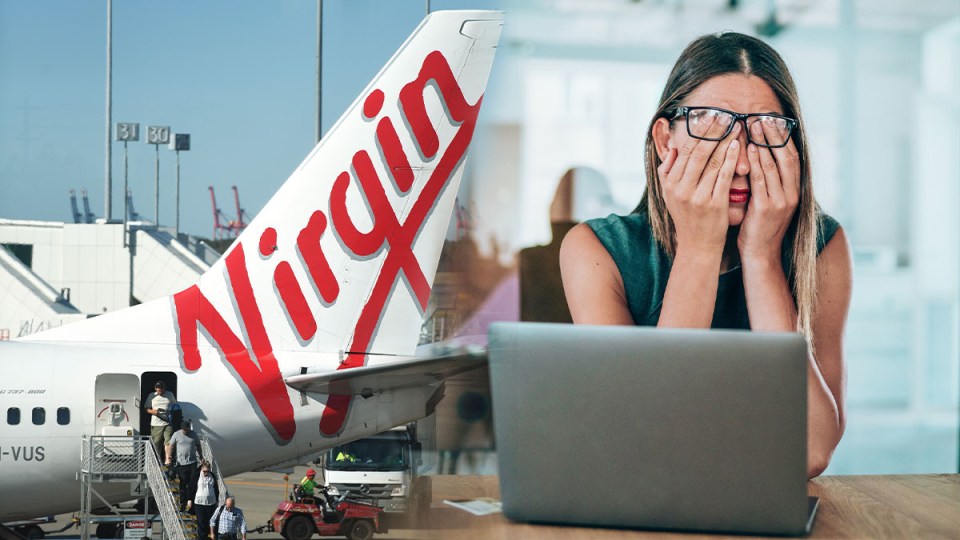 Virgin Australia customers have been left tens of thousands out of pocket since the airline's administration. Photo: Getty
exclusive

Drew Koshemakin never imagined being caught in a $22,000 dilemma when he booked an overseas trip in February.

But after Virgin Australia entered voluntary administration in April, and his flight was cancelled amid the global pandemic, he was given two options.

He could spend all the money he saved for seven years for international business-class fares on domestic flights by 2023 – or he could kiss that money goodbye.

For Mr Koshemakin, it’s not much of a choice.

It’s a scenario thousands are facing after the embattled airline opted to issue travel credits to COVID-affected travellers in lieu of a refund.

But with new owner Bain Capital taking over, pressure is piling on the airline to unlock refunds for customers whose bookings are impossible to replicate under the new arrangement.

International travellers tens of thousands out of pocket

Mr Koshemakin spent $22,113 in February on business-class flights to Los Angeles, Las Vegas and a return flight for him, his wife and 21-year-old nephew through a travel agent, scheduled for November.

Once he realised COVID-19 could affect his plans, he fired off two emails in early April asking his agent to consider giving him a refund.

Just weeks before Virgin Australia revealed its terminal financial state, he was told to wait until closer to their departure date before processing changes.

Since Virgin entered administration, customers who booked flights on or before April 20 had their outstanding travel converted to ‘Future Flight Credits’ that can be used on separate flights. (Bookings made after April 21, 2020 are subject to standard fare rules and Virgin provides more information on Future Flight Credits here.)

Customers can ‘spend’ their credit up until July 2022, so long as that travel is scheduled before June 2023.

While this may satisfy customers who booked shorter domestic trips, Mr Koshemakin said rebooking a trip with his funds would be “logistically impossible”.

“Yet I was told that I was lucky that travel credits were even an option – but booking $22,000 worth of domestic flights? I honestly don’t have the holidays to be able to take that time off.

“The challenge they’ve given me is impossible and I can see my money draining away.”

Melbourne commercial air-conditioning installer Daniel Pratt has $3000 of flights in limbo after his family Queensland getaway – a Christmas gift for his wife – was scuppered by domestic travel bans.

Mr Pratt, who is recovering from cancer and is deterred from travel due to his health, said he was “forced” to take advantage of the credit or lose $1200 in cancellation fees.

“Every avenue I’ve gone down [to try and recover my money], I’ve hit a brick wall,” Mr Pratt told The New Daily.

“I feel frustrated because I’ve got $3000 outstanding and in the last 12 months with my health battle and my industry shutting down because of the coronavirus, that money would have come in handy.

“It was supposed to be a positive experience going interstate but instead, it has been a nightmare.”

When asked why refunds were not an option, a Virgin Australia Group spokesman told The New Daily it could only offer a credit “equal to the value of [a customer’s impacted booking]” due to its voluntary administration.

“We’re hopeful that international travel will resume in this time and customers will be able to use the credits for any future service operated by Virgin Australia,” he said.

“We’re pleased to see many of our customers already using their Future Flight credit to redeem flights across the Virgin Australia network and we expect this to continue as travel restrictions ease.”

It’s understood more than 80,000 flights have been booked using the credits to date.

However, consumer advocate Adam Glezer, who runs the Facebook group Travel Industry Issues, said Virgin’s “one size fits all” approach did not pass the pub test.

Considering levels of pent-up demand for travel, he told The New Daily customers have limited opportunities to rebook their trips.

“The common-sense approach, particularly for international travellers, should be a full refund,” Mr Glezer said.

“The reality is some customers paid tens of thousands of dollars for an overseas trip and Virgin cannot give them what they paid for – how are they meant to spend that amount on travel within Australia?”

Travel complaints peaked in the pandemic

Choice travel expert Jodi Bird told The New Daily the Virgin situation was “interesting” as the airline’s pre-administration terms and conditions stated if it cancelled a flight, customers would be entitled to refunds.

But there are questions over whether Virgin’s credit scheme supersedes those terms, he said.

“What we saw when they went into administration is the administrators basically said, ‘We can’t give you a refund, we can’t afford it’,” Mr Bird said.

“Whether Virgin should be compelled to abide by the original terms when people booked or if there’s another legal loophole that overcomes that stipulation is difficult to answer, because Australian Consumer Law and unfair contracts law both say you should be bound by the terms and conditions when you paid for that ticket.

“But for a lot of people, that hasn’t happened.”

New figures from the consumer watchdog reveal the travel sector has been the subject of most complaints over the pandemic, with 24,210 inquiries – an increase of 497 per cent compared to last year.

The New Daily understands fewer customers have approached official channels, such as state consumer bodies and the ACCC, regarding issues with Virgin compared to other airlines – including Qantas and Jetstar – and travel agencies.

But given the credit program was unveiled in August, insiders say there may be a lag in customers lodging complaints.

ACCC commissioner Sarah Court said the regulator’s main interest when companies exit voluntary administration is that it deals with existing customers in a “fair and transparent way”.

When it came to offering credit, Ms Court told The New Daily it expected consumers would be provided a “reasonable period” in which they could use them as circumstances around international travel remain uncertain.

“Unfortunately, I think a lot of consumers are keen to have certainty and to have definitive answers, which is challenging for travel operators and regulators alike in this unprecedented situation,” she said.

“One of the things we’ve been working hard with a number of airlines is encouraging them to recognise cases of major financial hardship, and we have seen some distressing circumstances where people have taken out life savings or cashed in superannuation to take a trip of a lifetime.”

‘I can see my money draining away’: Virgin passengers fighting for refunds