Subscribe direct to our news source →
Qantas is predicted to recover from the coronavirus much quicker than rival airlines.

The business is predicted to stage a recovery well ahead of its global peers (and local rivals), despite taking a battering in March after travel bans left the carrier almost completely grounded.

But leading economists said the reason for its success could hurt customers.

In a new report, Moody’s Investors Service said Qantas’ earnings will “recover sooner than many of its global peers” for three reasons:

Consequently, the national carrier is expected to recover quickly even though passenger numbers are forecast to stay below normal levels until 2023. 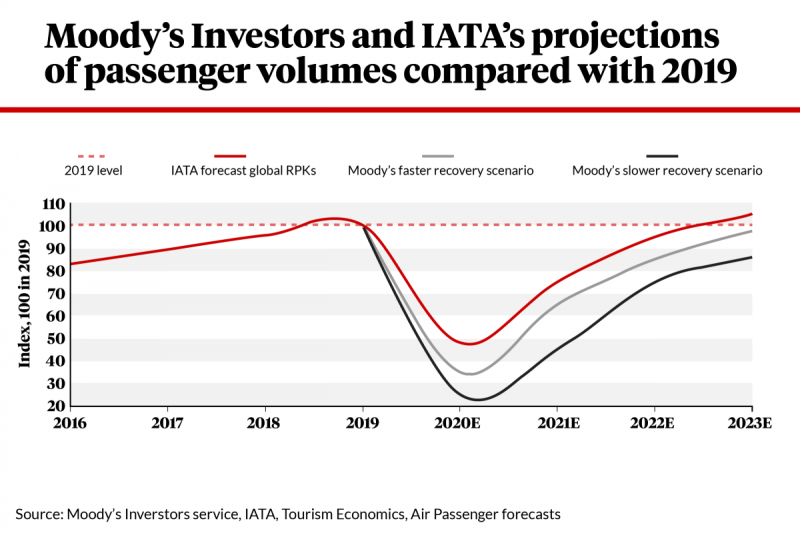 Speaking to The New Daily, Dr Webber said nervous Australians might not rush to fill plane seats, and the rise of work-from-home technologies like Zoom could drag down business travel.

“The rule of thumb is that if seats go down by, say 10 per cent, air fares will go up by around 6 per cent,” Dr Webber explained.

Cleaning and disinfecting planes, for example, will require specialist equipment and require planes to stay grounded between flights for longer.

All of these extra costs will come as Qantas looks to pay off the debts it took on at the start of the pandemic to keep the business afloat.

“To keep their own financial position, they’re going to need to keep prices up as much as they can,” Dr Webber said.

I don’t think they can be nice with prices for too long.”

With Virgin currently out of the picture and international travel still out of the question, Qantas will have no reason to compete on price and domestic air fares could rise rapidly.

“If the state borders come down, jobs and incomes bounce back, and house prices stabilise – if all that happens pretty quickly – then I think domestic demand will bounce back very quickly,” he said.

“In that environment where you can’t travel overseas, I think domestic fares will skyrocket.”

Exactly what happens to Qantas ticket prices will depend on the shape in which Virgin Australia returns, and on how the ACCC responds to the new state of competition within the industry.

A spokesperson for the consumer watchdog told The New Daily that competition is crucial to keeping prices in check.

“A strong aviation industry is vital for Australian consumers and the economy, but it will only deliver choice and reasonable prices if there is effective competition,” they said.

Kangaroos across the ditch

Although most international travel routes are slated to remain closed for the foreseeable future, Dr Webber noted the growing support for an Australia-New Zealand travel bubble.

Both countries have been world leaders in controlling the spread of the coronavirus, with New Zealand managing to stamp out the disease just 102 days after introducing strict lockdown measures.

Opening up travel between the two countries would be another net positive for Qantas, as the Land of the Long White Cloud is one of the most important countries in Australia’s international travel network.

New Zealand is not only Australians’ most-visited country, but accounts for the second largest source of inbound flights.

But to reap the full benefit of a proposed travel bubble, Dr Webber said passengers must be allowed to travel between the two nations with the same freedom that Australians travel between states.

“It needs be a domestic experience,” he said.

“On international services you need to go through customs and quarantine, go through passport control, and do all of that sort of stuff.

“There’s an opportunity to make it like a domestic experience – if you travel domestically in Australia, you hop off your plane, pick up your bag, and you leave.”

Qantas set to soar as battered rivals jostle for position