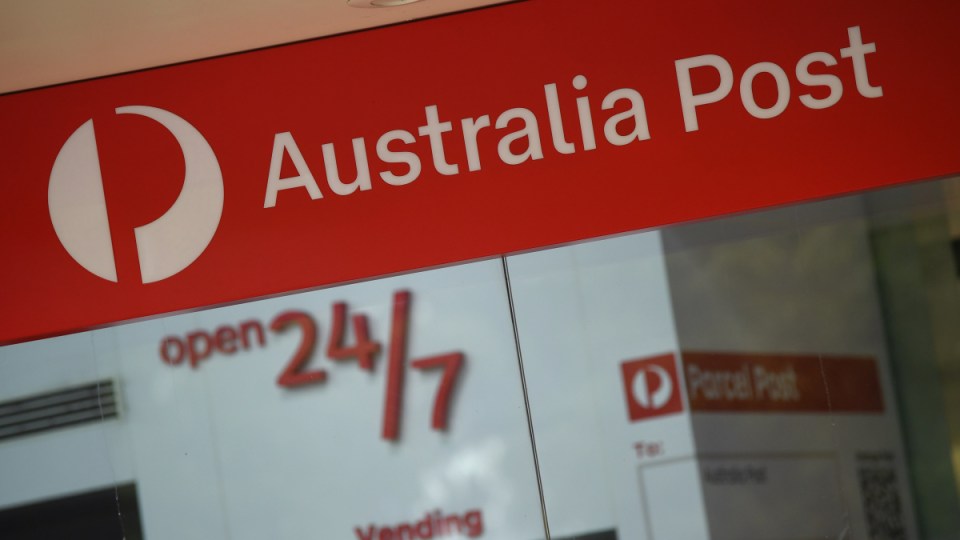 Australia Post will slash jobs at its corporate centres, but has hit back at claims that posties' jobs are at risk. Photo: AAP
exclusive

Australia Post will slash dozens of jobs at its corporate headquarters, The New Daily can reveal, amid claims that one in four posties will lose their jobs due to a shift in business focus.

As rumours of wholesale downsizing at Australia Post swirl, the firm has confirmed it will make 30 employees in its sales department redundant.

The firm also denied claims by the Communications, Electrical and Plumbing Union (CEPU) this week that temporary cuts to mail delivery services would lead to thousands of permanent job cuts.

The CEPU alleged that more than 2000 Australia Post workers will lose their jobs and Australians will wait longer for their mail under the new “alternating delivery model”.

The changes to Australia Post’s performance standards were rushed through by the Morrison government in April.

They allow the firm to halve the frequency of letter and small package delivery services in metro areas and shift its focus to parcel deliveries following a surge in demand due to the pandemic.

The temporary changes are set to expire in June 2021, but Labor announced this week that it will fight to overturn them in the Senate.

The Australian Manufacturing Workers Union, which represents printing workers, on Thursday said the federal government’s proposed changes would be another blow to an industry already suffering from COVID-19 job losses.

“It is shameful that this government is using a pandemic to slash an essential public service,” AMWU assistant national secretary Lorraine Cassin said.

“This will jeopardise the 130,000 jobs in mailing houses and printers across the country – 50,000 of those jobs are in our regions,” Ms Cassin said.

“This attack on the printing and mailing industry comes at a time when we can least afford it.”

Australia Post denounced claims of job losses as “false”, and on Thursday, made a public commitment that “no postie will be forced to accept a redundancy as part of the temporary changes to the postal service in response to COVID-19”.

There are no plans to cut posties’ rates of pay, the firm said.

“Unfortunately there has been a range of false claims made about the temporary changes to our regulations. We are not forcing 2000 of our valued posties into redundancies,” Australia Post chief executive Christine Holgate said.

“The temporary changes to letter delivery will only happen in metro areas and allow us to redeploy some of our posties to where their help is needed most – in parcel processing and delivery.

“We will still require posties to deliver letters.”

Paul Alexander, an associate professor of supply chains at Curtin University’s School of Management, told The New Daily Australia Post would be ripe for privatisation if it abandoned its letter delivery services to focus on parcels.

“It would make sense that if you’ve got a profitable, efficient business with lots of customers, plenty of revenue coming through, infrastructure that’s difficult to replace, and it’s worth a lot of money, then maybe you would think of selling it,” Dr Alexander said.

Under the current service agreement Australia Post must deliver letters across the entire nation at flat rates, but is not obliged to do the same for parcels.

Australians living in regional and remote areas could therefore be left behind if Australia Post moves away from letter deliveries, Dr Alexander warned.

“Australia Post is quite profitable, but where it starts to pay the price that others don’t is that it has to be able to deliver to anywhere, and it’s quite legitimate for a private parcel delivery company to cherry-pick where it wants to deliver,” he explained.

“With parcels it doesn’t have a social obligation to do those sorts of deliveries, which is one of the reasons parcels are more profitable than letters.

“But if we were to get rid of ordinary mail, and parcels therefore become the centre of Australia Post’s social contract, you’d probably have to deliver stuff absolutely anywhere at a standard price, and that’s where it starts to lose out against the competition.”

If permanent changes are made to Australia Post’s delivery services, legislators must grapple with the question of how much cities subsidise the remote regions for parcel delivery, Dr Alexander said.