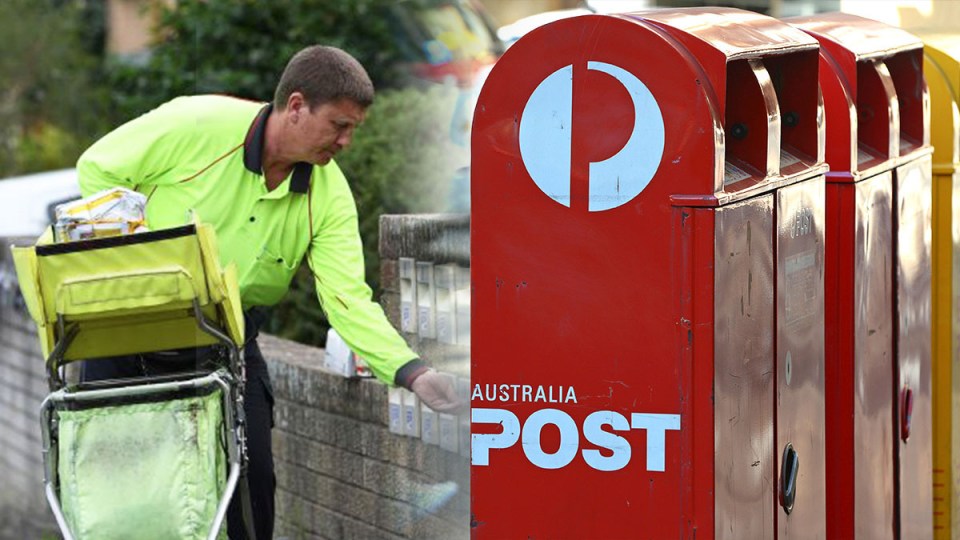 One in four posties' jobs are at risk, the postal workers' union and Labor have claimed. Photo: TND/Getty
exclusive

The Morrison government’s new laws allowing Australia Post to scale back delivery services across the nation during the coronavirus pandemic will be challenged in the Senate, The New Daily can reveal.

Labor will push a disallowance motion in the Senate during the current sitting period which, with support from the Greens and the crossbench, would overturn temporary changes to Australia Post’s performance standards rushed through by the government in April.

The postal workers’ union has claimed that more than 2000 Australia Post workers will lose their jobs and Australians will wait longer for their mail under the new “alternating delivery model”.

Australia Post is denying the move will leave posties out of work.

But pre-empting backlash despite its assurances, the postal agency has hired a high-profile spin doctor to manage crisis communications, The New Daily has confirmed.

‘Tricky’ tactic or planning for parcels?

The changes allow Australia Post to cut letter delivery services in metro areas from every day to every alternate day until June 2021, which the firm says is necessary to meet a massive increase in demand for parcel deliveries stemming from the pandemic.

The Opposition fears the service changes won’t be all that temporary, and are actually a “tricky attempt” to permanently restructure Australia Post in a way that will result in job cuts and reduced wages.

Labor’s industrial relations spokesman Tony Burke and communications spokeswoman Michelle Rowland accused the Morrison government and Australia Post of using the coronavirus as a cover for rolling out permanent changes with “no consultation”.

They denounced the service changes as “a tricky attempt to bypass scrutiny on a plan that is fundamentally about scaling back services, slashing jobs and reducing wages”.

Australia Post has dismissed the notion of wage reductions, and said no posties would be forced to take redundancies.

The service changes reflect a shift in consumer behaviour, with the volume of letters sent declining by 30 per cent this year, in contrast to 9 per cent the previous year, an Australia Post spokesman said.

This trend is not expected to reverse, he said.

Although the overall number of posties working has remained constant over the past decade, the spokesman said the volume of letters they are delivering has almost halved. Meanwhile, he said, demand for parcel deliveries has soared.

The amount of parcels circulating was up 63 per cent and 48 per cent respectively in April and May, Australia Post said.

Mr Burke and Ms Rowland said that the booming demand for parcel delivery presents “an opportunity to preserve and create jobs, not cut them”.

The posties’ union – the Communications Electrical and Plumbing Union – accused Australia Post of using the pandemic as a cover for bringing in permanent operational changes.

“This is simply looking to cut services from five days a week to three days a week, in essence removing 25 per cent of the workforce, and cutting their costs to improve their bottom line to the federal government,” union secretary Shane Murphy said.

Mr Murphy said he also feared that the Morrison government could be pursuing a covert agenda to privatise Australia Post.

The union has met with and written to federal Communications Minister Paul Fletcher and “urged him to make a public statement ruling out privatisation”, Mr Murphy said.

A spokesperson for Mr Fletcher told The New Daily the government is “committed to supporting Australia Post to provide important postal services to all Australians” and had “agreed to temporarily adjust” its performance standards in response to a request from the firm.

Under the changes, Australia Post has announced plans to retrain about 2000 posties who were previously dedicated to handling and delivering letters,and to redeploy them into roles supporting parcel delivery.

To further support the growing parcels operations, about 600 new roles are also being created, the spokesman said.

The temporary arrangements will be assessed before the end of the year, Australia Post said.

Australia Post dismissed claims that jobs and wages are at risk due to the service changes as “false”.

“In recognition of the intensified operational challenges during COVID-19, the government has temporarily adjusted our performance standards until June 2021 to provide flexibility to redeploy our workforce to other areas of the business where their help is needed most,” Australia Post said in a statement.

Posties’ role delivering letters is “increasingly falling and with many delivering on their motorbike, they are restricted in how many parcels they can carry safely”, the statement said.

The spin doctor is known for his work with companies in crisis including building materials supplier James Hardie, and recently represented scandal-plagued financial services firm AMP during the banking royal commission.