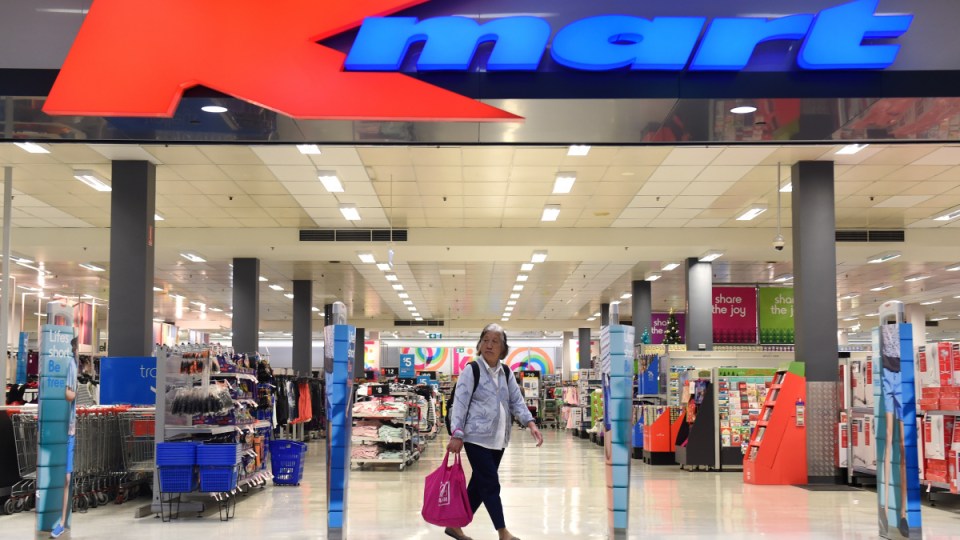 Kmart has been called out by marketing experts for 'unsavoury' business behaviour. Photo: AAP

Prominent Australian retailers been caught out again for “unsavoury” behaviour during the coronavirus pandemic – including asking for discounts and pushing back orders from struggling suppliers overseas.

Kmart has backflipped on its request for a 30 per cent discount it forced on its Bangladeshi suppliers, but is still enforcing tight turnarounds.

Mosaic Brands, which owns Crossroads, Millers, Noni B and more, has told its suppliers, also in Bangladesh, that it won’t be meeting some of its payments for eight months, according to the ABC.

Mosaic was called out early in the pandemic for its pushy sales techniques, peddling hand sanitiser and face masks to shoppers to capitalise on the panic-buying surge.

The behaviour is nothing short of bullying, business ethics expert Martijn Boersma said.

While all business sectors are struggling, large multinational companies are trying to cut costs where margins are already at their thinnest, said Dr Boersma, who is a senior lecturer at the University of Technology Sydney Business School.

“For these large multinationals, it’s not a matter of survival … trying to cut costs where margins are already thinnest is pretty unsavoury.”

Unfortunately, he said, these sorts of practices are likely widespread in all sorts of industries – but it is often only the big-name companies that we hear about.

Robbing Peter to pay their own Pauls

While companies might be appearing to amend their missteps, it’s not always the whole picture, University of Tasmania marketing lecturer Louise Grimmer said.

She used Australia’s beloved Kmart as an example.

It withdrew its request for a 30 per cent discount on some orders that had already been completed, after suppliers said they would not survive adhering to such a cut.

But it has kept up the pressure in another way.

“The problem is that they are now demanding suppliers still deliver existing orders (which Kmart had placed on hold during the height of the pandemic) by new deadlines,” Dr Grimmer told TND.

“Many suppliers are caught out because they can’t afford to not fill the orders, but the timelines in many cases are way too tight and can’t be met. Retailers hold all the power in the supply chain.”

Dr Grimmer predicted that – along with the companies that have snubbed their workers on JobKeeper awards – the brands who are called out for poor behaviour linked to suppliers will be shunned by shoppers as consumer appetite increasingly favours ethical values.

"Bangladesh is reopening its garment factories that supply some of the world’s biggest clothing brands, raising concerns that workers are being put at risk to help the country reboot its economy." https://t.co/dpqcky5ngw via @financialtimes

A chance for change

Sweatshop workers in Bangladesh are among the most poorly paid in the world – an average wage of 51 cents per hour – and working in appalling conditions.

Deloitte Economics last year estimated about 4 per cent of the price of a piece of clothing made in Bangladesh, sold in Australia, goes to the person who made it.

The 2013 Rana Plaza sweatshop collapse killed more than 1100 workers and drew the world’s attention to the conditions in which many Australian-sold garments are made.

After the tragedy, companies took on a more ethical appearance to their public profile – but it doesn’t always hold true.

Dr Boersma pointed out the “stunning hypocrisy” of companies that in one breath repeat the mantra of “people and profit” yet quickly reverse that order when push comes to shove.

“(Many companies) are willing to safeguard shareholder dividends by pushing garment workers further into poverty and destitution,” Dr Boersma said.

But, as reflected across many practices, the pandemic offers us the chance to examine and change some of our global habits.

“I think the pandemic presents us with an opportunity to critically rethink ‘fast fashion‘ and the way in which we have built a global economy on the backs of low-paid and exploited workers,” he said.