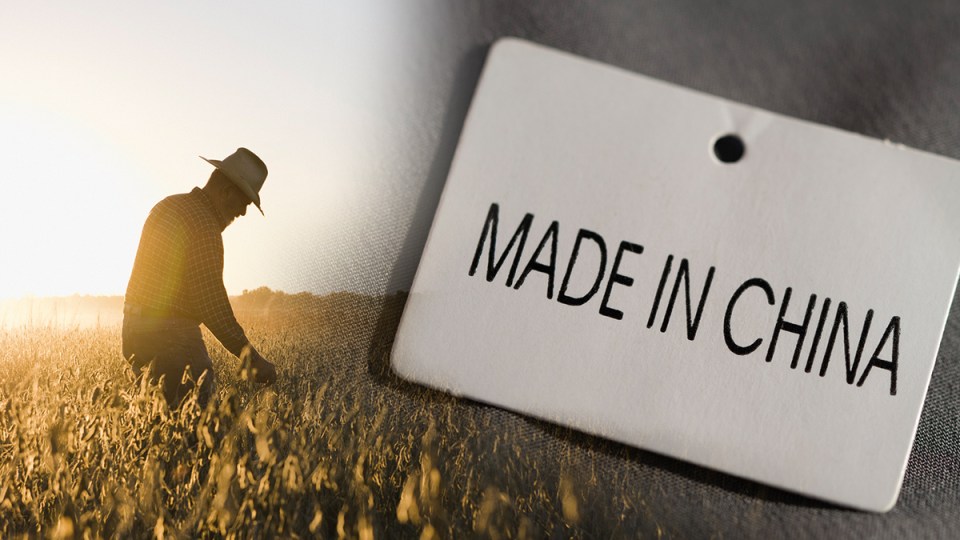 China's factories are gradually reopening after coronavirus fears closed them down. Photo: The New Daily

Australia’s embattled economy has been given a small reprieve as China’s once-quiet factories whir back to life.

The rapid spread of the coronavirus through the country forced many manufacturing hubs to close at the start of the year, decimating expectations for the sector’s future.

But key economic indicators, such as electricity consumption and road congestion, are now pointing to a gradual recovery according to Reserve Bank deputy governor Guy Debelle.

And workers are reportedly queuing in front of major factories, hoping to find work.

Professor James Laurenceson, from the University of Technology Sydney’s Australia-China Relations Institute, said many Australian industries will benefit from the recovery in Chinese production.

“The Chinese government made some awful mistakes at the start by shutting down the free flow of information,” Professor Laurenceson told The New Daily.

“But once they admitted the extent of the problem, they do deserve some credit for getting the virus’ spread under control.

“I think we’ve probably got another one or two months in China before they’re back to their peak [manufacturing capacity].”

That spells good news for Australians as it means fewer disruptions to supply chains.

Farmers breathe a sigh of relief

The coronavirus factory shutdowns put a dent in the manufacture of pesticides and herbicides used by Australian farmers to protect their crops.

Farmers haven’t been directly affected by that slowdown yet, but IBISWorld senior industry analyst Yin Yeoh said things were beginning to look risky.

“I’ve seen people say if the Chinese factories don’t reopen in time they won’t have enough pesticides for their July crops,” she said.

A spokesperson for the National Farmers Federation (NFF) said the problem never reached a critical point, but the uptick in Chinese activity is nevertheless “welcome news for Australian farmers”.

“Following much-needed, widespread rainfall during the start of the year, many grain growers are now starting to turn their mind to sowing a winter crop. Some farmers have not had a crop for consecutive years due to drought,” the NFF said.

But the NFF said it’s unlikely farmers will go without now the factories are up and running again.

A spokesperson from national agribusiness Elders told The New Daily deliveries from China should return to normal by the end of April.

“Supply will continue to be restricted through March,” it said.

“Delivery of key products will arrive late March and through April which will meet forecast demand. Products required beyond that will be delivered as per normal seasonal timing.”

The materials used to build Australia’s apartment blocks come primarily from China, and factory closures have created delays for builders.

CFMEU national secretary Dave Noonan said the pressure this has caused is still visible, but said it’s “probably true” that supply will start returning to normal within the next two months.

“It’ll be welcome if it’s true, but what we’re hearing from contractors is that there are still delays,” he said.

“It will depend on what happens next because there’s now talk of a second wave [of coronavirus infections] in China now.”

The construction sector is a major part of Australia’s economy, employing 1,190,500 people, or 9.2 per cent of the total labour force.

Retail pain eased, but not alleviated

Retail is another sector that has suffered from the closure of Chinese factories, with many ‘made-in-China’ labelled products simply unavailable.

Although the reopening of factories will remove some of that supply-side pressure, Ms Yeoh said affected businesses are still likely to struggle as shoppers simply aren’t venturing into stores.

“Those who have faced difficulty sourcing their products will find it easier to secure those items,” she said.

“But if people aren’t walking into stores and there’s less foot traffic, getting in products is unlikely to help retailers.”

Shop owners’ best hope of finding a lifeline will be to focus on online sales – allowing self-isolating Australians to comfortably buy goods without risking their health or the wellbeing of those around them.

The good news for consumers is that a lift in Chinese production could help refill barren supermarket shelves.

“I wouldn’t say toilet paper will be affected, but we do import food from China, frozen stuff and also canned products,” Ms Yeoh said.

Many of the key ingredients used in the medications Australians rely on are also manufactured in China, putting pharmaceutical companies under pressure, Ms Yeoh said.

But Professor Laurenceson said the pharmaceutical industry’s supply chain is more complex than most because they require inputs from multiple countries – meaning the reopening of Chinese factories won’t end the industry’s problems.

“If we import a finished drug from India, often some of the ingredients for that drug will come from China, so it’s not simply about the Chinese factories aren’t working any more,” he said.

“Even if a Chinese factory got up and running and was producing the ingredient again, then the challenge you might face is Indian factories might go down and they’re the ones we import from.”

Coronavirus: Economic relief on the cards as Chinese factories reopen