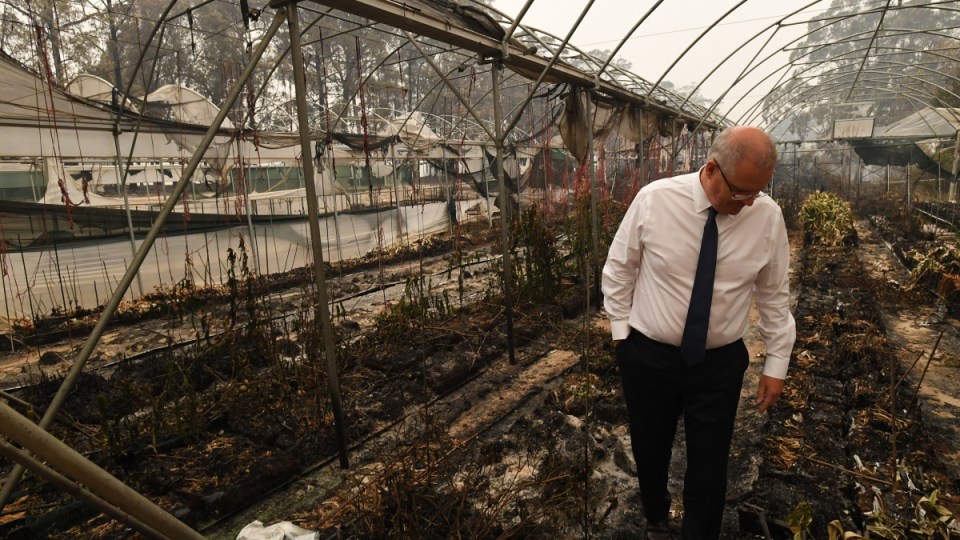 The government must put its money where its mouth is and do more for bushfire-hit communities, ACOSS says. Photo: AAP

With fresh food prices tipped to rise as a result of bushfires, welfare advocates say the government must do more to ensure struggling households can put food on the table.

Earlier this week, the Morrison government’s agriculture minister, Bridget McKenzie, told the Australian public that they must pay more for fresh food staples including fruit, vegetables, meat, and milk.

The National Party deputy leader pointed the finger at supermarkets, demanding they “stump up” and “not just talk about being the fresh food people but get on with supporting” farmers “doing it tough”.

The Australian Council of Social Services (ACOSS) chief executive Cassandra Goldie told The New Daily that “any spike in the price of fresh food will obviously compound the financial hardship felt by people doing it tough”.

“We know that people on the lowest incomes like Newstart go without essentials today because these payments are grossly inadequate to cover basic living costs,” she said.

The government “must increase allowances like Newstart as soon as possible to stop people from spiralling into poverty and help them put food on the table”, Dr Goldie said.

There is more that the government must urgently do to support people who have lost so much, as a result of these catastrophic fires.”

“The Disaster Recovery Allowance is also inadequate to cover basic living costs for people who have lost income as a result of the fires,” she said.

“It is currently paid at the same rate as the paltry Newstart payment, which business, health, regional and community groups all agree needs to be increased.”

ACOSS called on the government to “immediately allocate” an additional $30 million in funding to food relief so that community organisations can respond to a “surge in need which is likely to continue for many months” thanks to the unprecedented bushfires crisis.

“While income-support payments should be lifted to a level that is adequate to cover the cost of the basics, including fresh food, food relief programs are critical for people, families and communities affected by bushfires,” Dr Goldie said.

How  bushfires impacted the supply of fresh food

The ongoing fires have devastated many parts of the country leading to “some logistical issues in getting product to consumers” and creating price volatility, Shaun Lindhe, a spokesman for vegetable industry body AUSVEG explained.

“Prices are set by supply and demand and clearly supply is susceptible to extreme weather events,” he said.

There have been reports of highways being closed for periods of time which have caused issues getting product to consumers, as well as power outages, which can affect cold store facilities, picking and packing.”

An estimated 44,000 livestock have perished, Ms Gordon said, but that number “will rise as more thorough assessments are carried out.”

Individual farm businesses have sustained damage of different “scale and gravity”, she said.

Some farmers have lost hundreds of animals and highly valuable infrastructure. While some have had only minor vegetation damage.”

The “cumulative effect” of long-running drought and bushfires will be “decreased supply which contributes to higher prices in the short term”, Ms Gordon explained.

Mr Lindhe agreed that price increases “do occur from time to time and are usually short-term”.

“Our industry is resilient, and we are fortunate that a vast majority of fresh vegetables can be sourced from multiple growing regions, which can mitigate some of the impact of extreme weather events such as these fires,” he said.

When asked by if supermarkets were doing enough to support struggling farmers, Ms Gordon was diplomatic.

As the peak body representing farmers, we’d always like to see farmers paid more for what they grow,” she said

“We note that pleasingly all major retailers have launched bushfire relief programs.”