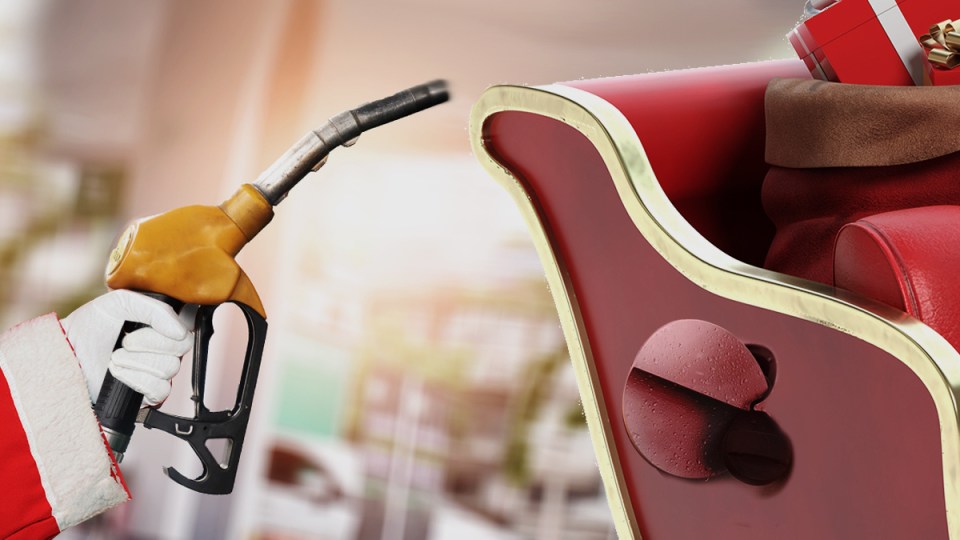 Forget coal, motorists on the east cost can expect to find cheap petrol in their stockings this year. Photo: The New Daily

Drivers on the east coast will receive an early Christmas gift this year as fuel prices ease in the run up to silly season.

Unleaded fuel prices in Brisbane, Sydney and Melbourne are all tapped to fall over the coming days, research by Compare The Market has found.

Unfortunately for drivers in Adelaide, the cost of fuel in the City of Churches is expected to rise.

Speaking to The New Daily, Compare The Market’s general manager of banking, Rod Attrill, said prices on the east coast will continue to drop until around New Years’ Eve.

“Prices won’t be right at the bottom at Christmas, they will still be coming down afterwards, but it’s heading in the right direction to say the least,” he said.

“If people are just driving around the city and the like, our advice would be to top up rather than fill up because we’re seeing prices come down by as much as 2 cents a day.”

Mr Attrill also recommended checking the prices offered by independent retailers, which he added are often cheaper than their competitors.

“There are bargains out there,” he said.

A lot of the independent, not-badged retailers do actually have some good prices still regardless of where they are in the price cycle.

That was also the conclusion of a report by the ACCC in 2018, which found major differences in pricing between different retailers, in some cases up to 9.5 cents per litre.

“Independent chains were the lowest priced in each of the five major cities and Woolworths was generally below the market average price in most cities,” ACCC chair Rod Sims said at the time.

One in 20 pumps ripping customers off

While falling prices may help alleviate some of the pressure placed of drivers’ hip pockets, they come as a new report found 5 per cent of pumps are short-measuring consumers.

Acting NMI chief executive Bill Loizides cautioned this increase indicated a trend towards ripping off customers, adding that the NMI will be keeping a close eye on fuel retailers in the future.

“While we accept that the great majority of fuel retailers are doing the right thing, the one-in-20 pumps found during the audit to be under-pouring is an unacceptable level of non-compliance, especially when we provided plenty of warning that our inspectors would be on the look-out,” Mr Loizides said.

“Fuel retailers who don’t properly maintain their pumps to ensure they remain accurate at all times should be aware that we’ll be following up with another concentrated audit campaign in 2020, where they can expect a similar approach to any non-compliance identified.”

Nine retailers were slapped with fines – cumulatively totalling $15,750 – for under-pouring.

The NMI is also considering four referrals to the Commonwealth Director of Public Prosecutions for “some severe and repeat offenders”.

I’ll be home for Christmas after all: Petrol prices coming down