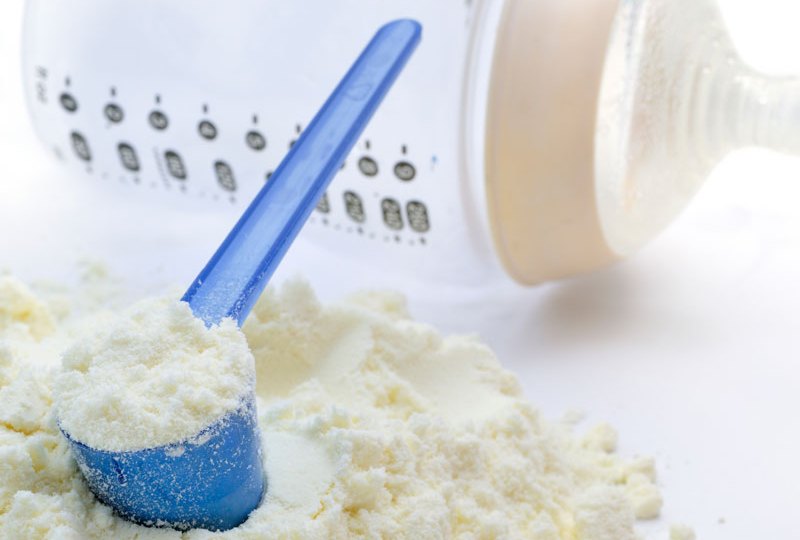 The skyrocketing demand for baby formula has disastrous environmental and health implications, an expert has warned.

In a paper published in the International Breastfeeding Journal last Wednesday, Dr Smith, who has studied the economics of infant feeding for more than 20 years, outlined the global environmental damage milk formula is doing.

“Infant formula requires mass production by the dairy industry, with plastic and other waste and degradation of land and waterways,” the paper said.

“Millions of babies, two-thirds globally, now have milk formula, with breastfeeding in dramatic decline in Asia.”

The boom in formula feeding over the past decade “takes the world backwards in the face of contemporary global environmental and population health challenges”, Dr Smith warned.

A 2015 study showed that greenhouse gas emissions from milk formula in six Asia Pacific countries were equivalent to nine billion kilometres of car travel, with China making the biggest impact.

More than 4000 litres of water is used to make a tin of milk powder.

“Australia is in effect exporting water, which is not sustainable especially with an ongoing water crisis,” Dr Smith said.

A growing demand for toddler milk products is responsible for increasing greenhouse gas emissions from formula, she said.

“The most alarming finding in our latest research is a very large proportion of greenhouse gas emission impact is associated with the so-called growing up milks or toddler formula,” she said.

“These are products which are defined by the World Health Organisation as unnecessary for children and potentially harmful for their health.

“In China, nearly half of the sales of milk formula is toddler formula.”

Dr Smith called on Australian regulators to regulate and restrain the export marketing of milk formula.

“We have got to reduce the manufacture and use of milk formula,” she said.

“Australia together with New Zealand is a significant player in the region – especially with our exports and marketing of toddler milk to China.”

Instead, it would be more beneficial to “support China in their attempts to protect, support and promote breastfeeding in their health systems and communities”, Dr Smith said.

Increased disasters due to climate change will leave formula-fed children vulnerable, she said.

“Ironically, even as climate change contributes to extreme weather events, and greenhouse gas emissions from milk formula adds further to global climate change, mothers and their young children face heightened risks of insecurity and starvation due to changing weather patterns and related floods, droughts, fires, storms and other crises,” the paper said.

“The most vulnerable to the food insecurity, ill health and disease arising from greenhouse gas emissions, environmental damage, and climate change are those also exposed to formula and bottle feeding, often the poor living in exposed locations where land is cheaper.

Australian baby formula has been a sought-after product in China since 2008, when a large batch of contaminated, locally made formula left 300,000 children sick and six infants dead.

In the years following the scandal, consumer trust in Chinese milk products eroded and the local market was flooded by brands from Australia and Europe, for a highly inflated price.

At the same time, breastfeeding rates in China have plummeted.

This has led to the rise of professional shoppers – or daigou – in Australia, who buy milk powder and ship it overseas to Chinese families at inflated prices.

Organised crime syndicates have also cashed in on the hunger for Australian baby formula, with criminal gangs brazenly hitting up supermarkets and warehouses to stock up on as many tins as they can before making a run for it.

Why the baby formula boom is bad for the environment