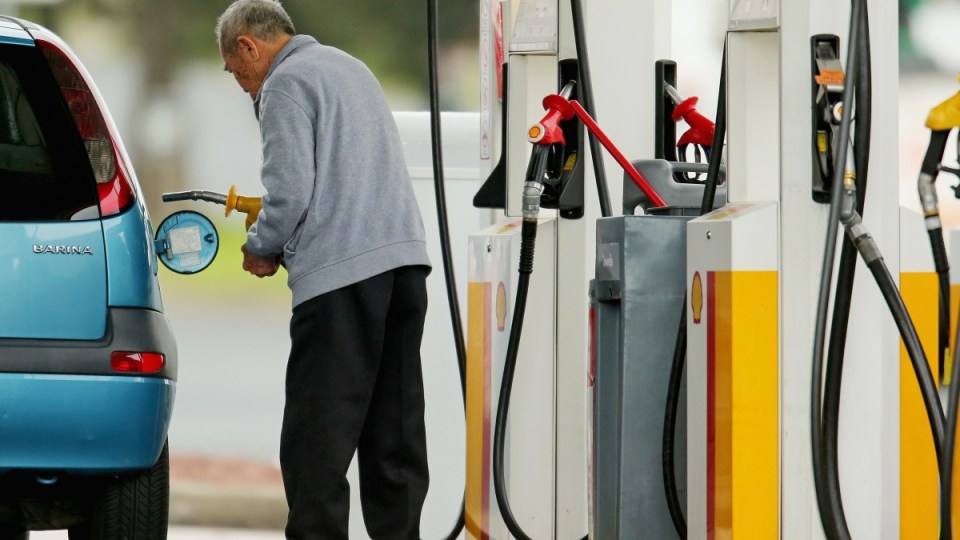 The Australian Competition and Consumer Commission (ACCC) said in its latest quarterly petrol report that average petrol prices across Australia’s five largest cities dropped 3.2 cents per litre in the September quarter, to 142.1 cents.

The consumer watchdog attributed the marginal decline – which came after a 15-cent-a-litre rise in the June quarter – to the growing importance of the US.

“The US is now the world’s largest crude oil producer, and can increase its shale oil supply relatively quickly when needed,” ACCC chair Rod Sims said.

“This means that incidents like the recent Saudi attack may not have as big an impact on international crude oil prices as they would have in the past.”

The recent Saudi attack saw petrol prices in Australia jump by as much as 30 per cents in one day – but only because oil companies used the attacks as an excuse to rip off consumers.

Despite many predicting a prolonged increase in global oil prices after the attack, wholesale petrol costs rose by no more than eight cents per litre – well below the price hikes seen at the bowser. 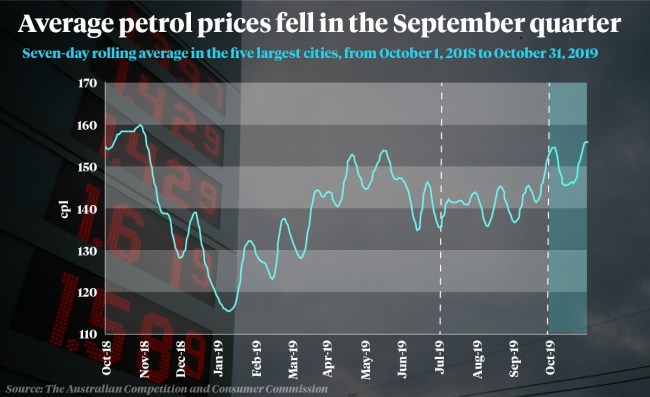 The Saudi attacks didn’t stop average petrol prices from falling 4.9 cents in Brisbane over the quarter, though.

The Queensland capital usually has the highest average price of Australia’s five largest cities, but last quarter it passed that title to Adelaide.

Motorists in the South Australian capital paid an average of 145.5 cents per litre, while Brisbane motorists paid 143.3 cents; Hobart motorists, 153.2 cents per litre; and Sydneysiders, 136.3 – the least among Australia’s capitals.

Geoff Trotter, general manager of fuel analytics firm FUELtrac, told The New Daily that some of the price changes could be attributed to the changing composition of each market.

For example, the ACCC said the opening of a second, independently-run FuelXpress at Palmerston had brought down prices in Darwin.

“This is an important point – people think the likes of Woolworths and Coles are some sort of independent. Well no, they’re owned by very large companies … who have to get a return on their investments,” Mr Trotter said.

“People who think they’re saving money with these large companies are kidding themselves.”

That’s as much as $343 a year for individual Sydney motorists.

The independent chains with the lowest average prices in 2018 were United in Melbourne, Brisbane, Canberra and Hobart, Speedway in Sydney, Liberty in Adelaide, Vibe in Perth, and FuelXpress in Darwin.

Increased oil supply from the US brings down Q3 petrol prices