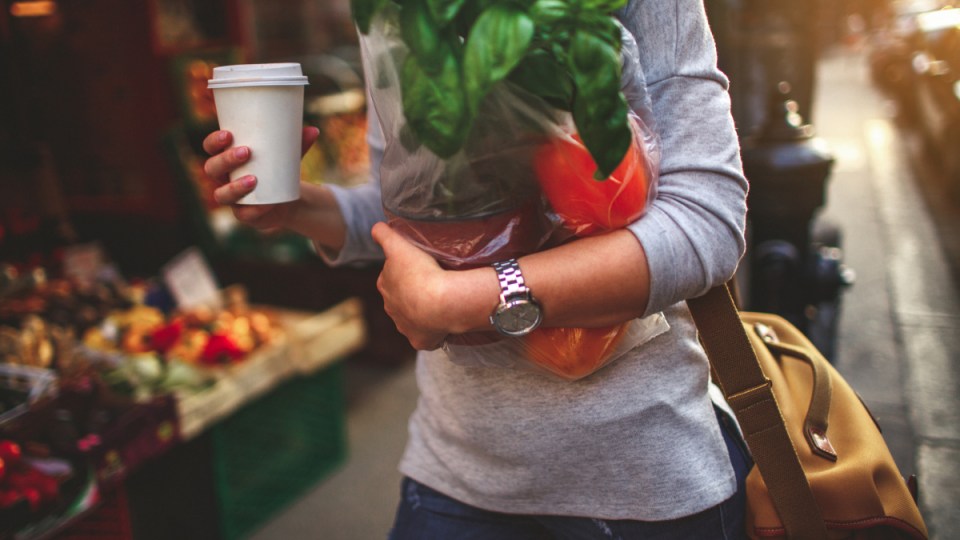 Australians spend an average of $285 a week on food and drinks. Photo: Getty

Australia’s total food and beverages bill topped $272 billion last year, but most households could make big savings by simply sticking to a budget.

While the majority of Australians – 65 per cent – have a food budget, 25 per cent fail to adhere to it, the Suncorp Cost of Food report released on Monday showed.

One-third of Australians don’t have a food budget at all, the national survey of more than 1500 Australians revealed.

Australians spend an average of $285 on food in each week, the report revealed.

The largest portion of that ($135) went on “standard groceries”, but alcohol, eating out and takeaway meals also added to the total bill.

Individuals spent an average of $52 a week dining out, but the activity was much more popular among younger people, with those aged 55 and above likely to spend less or not eat out at all.

Booze took a chunk out of the pie, with people spending an average of $31 a week on alcohol.

Takeaway spending came in around $22 a week, but 40 per cent of those surveyed reported not indulging in the easy alternative to home cooking in an average week.

Takeaway meals proved most popular among young people aged 18 to 34 and high-income earners.

Food delivery services such as UberEats, Deliveroo, and Menulog, saw an average spend of $12 a week.

“For example, most of us agree regularly spending money on takeaway food and barista-made tea and coffee is an unreasonable expense, yet we’re spending $140 a month on these items.”

In the busy modern world, consumers have a tendency to “throw money” at their problems in a quick attempt to fix them, Mr Slade said.

“Hunger or boredom are examples of painful problems we tend to solve by spending on food,” he said.

“This is why we shouldn’t go shopping when we’re hungry, as our brains are more focused on addressing the hunger than thinking about our finances.”

Food delivery services are the enemy of those trying their best to stick to a budget, Mr Slade explained.

“While the rise of food delivery services are perceived as making life simpler, they’re also giving us another outlet to spend money in moments when we’re experiencing pain (hunger), which in most cases hasn’t been budgeted for,” he said.

Australians spend $272 billion on food and drinks, but better budgeting could save us