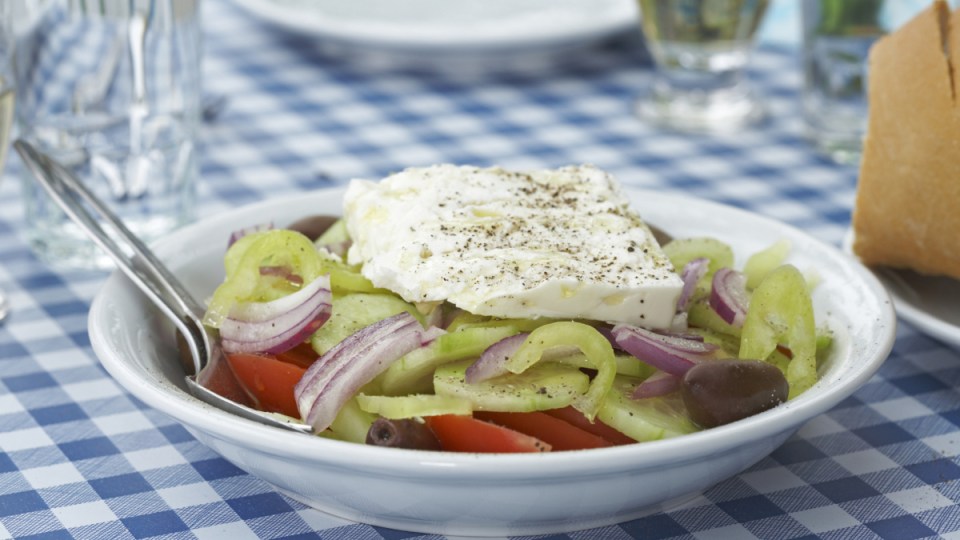 What's in a name? The EU wants to ban Aussie cheese makers from using the name 'feta'. Photo: Getty

The European Union’s push to ban Australian producers from using the traditional names of products ranging from cheese to small goods and liquor has caused an uproar – but some local producers are ready to embrace the challenge.

On Tuesday, the federal government revealed that it was considering a proposal to ban Australian producers from using common food names including feta, gruyere, scotch beef and spirit names including cognac, grappa and Irish whiskey.

Trade Minister Simon Birmingham released a list of 172 foods and 236 spirits the EU is seeking to protect with ‘geographical indication’ (GI) status in return for a free trade agreement that would shore up Australia’s relationship with its second-largest trading partner before Brexit.

Cheese featured prominently on the list, but head of the Australian Specialist Cheesemakers’ Association Alison Lansley said the potential ban is not a threat, but rather an opportunity for Australia’s artisan cheesemakers to further distinguish themselves.

“The way we see it is probably a bit different to the way the industrial end of the industry sees it,” Ms Lansley said.

The changes would also allow consumers to more easily differentiate between foreign and home-grown products on supermarket shelves, and encourage them to expand their palates, she said.

“We will always have lots of imports of European cheeses, but this is a real opportunity to further educate consumers about the local industry, to develop new tastes, and focus more on the provenance and the story behind the product,” Ms Lansley said.

“The best of them will not use anybody’s name other than the name they develop themselves,” she said.

“It’s a sign of a maturing industry. Falling back on European names is a form of cultural cringe,” she said.

“It’s so much better to have confidence in our own industry here.”

Perhaps the most controversial product on the EU’s hit list is Greece’s beloved feta cheese.

Ms Lansley said that feta – one of the simplest cheeses to make – is so common it does not have GI status in Greece.

The World Trade Organisation describes GIs as “place names (in some countries also words associated with a place) used to identify the origin and quality, reputation or other characteristics of products”.

“There is no place called feta,” Ms Lansley said.

However, for the austerity-ravaged country’s producers securing GI status for the popular cheese represents a lucrative opportunity, with cheese accounting for nearly 10 per cent of Greece’s total exports to Australia.

In 2017, Australia imported $17.1 million of cheese from Greece, data from the BACI International Trade Database shows.

It is unclear what Australian feta makers could replace the name with.

Not everyone is thrilled about the prospect of Australian producers being forced to rename their foods.

On Tuesday, the National Farmers’ Federation (NFF) said it was “dismayed” that the government has “taken the next step towards banning the use of common food names in Australia”.

“Australian farmers will be worse off should the government ultimately agree to the EU’s demands that we extend protection for geographical indications to food and others wines and spirits,” NFF chief executive Tony Mahar said.

Mr Mahar criticised the EU’s demands as hypocritical and lopsided in favour of EU farmers.

“All we have heard from the EU since these negotiations began was that agriculture was a ‘sensitive’ sector for the EU, and Australia would need to agree to extend protection to EU GIs if we wanted an FTA,” he said.

Should the government go “soft” on GIs while failing to negotiate the removal of “barriers blocking Australian agricultural imports” to Europe, it would be “a two-pronged blow” for farmers, Mr Mahar said.

“Not only are we told new access for ‘sensitive’ agricultural products will be difficult, and that we’re not going to get any new access for sugar, dairy, small goods and other products, we’re now expected to give up the use of common food names and the sales that go with them?”

Familiar names may soon vanish from store shelves. For some, that’s a good thing