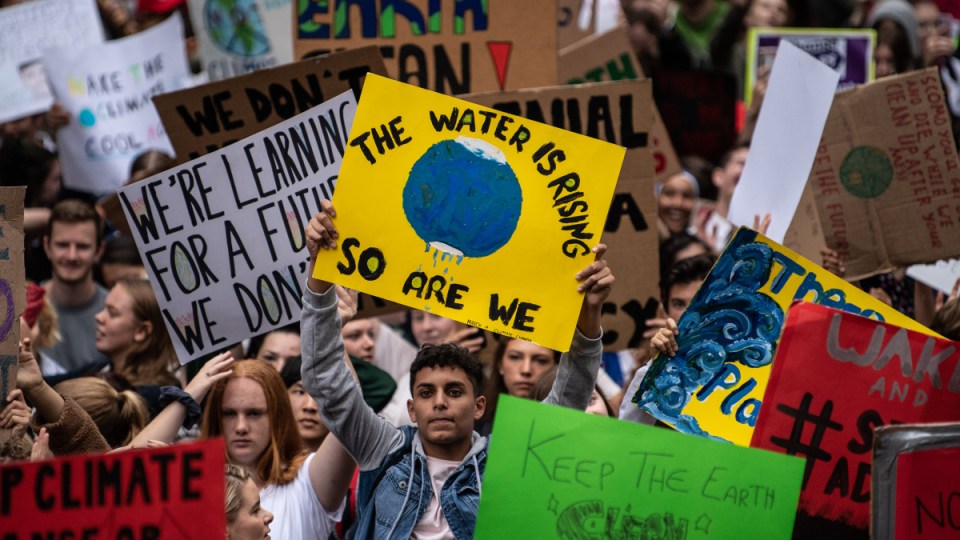 More than one billion people are expected to take part in Earth Day activities on April 22, with companies including Apple and Etihad also jumping on board.

First held in 1970, Earth Day is credited as helping to launch the modern environmental movement through its mission to “diversify, educate and activate” people across the globe about environmental issues.

The 2019 event follows the release of a landmark report by the United Nations Intergovernmental Panel on Climate Change (IPCC) in October, showing time is running out to prevent catastrophic climate change.

The IPCC found that some of the most dire consequences of global warming will occur earlier than predicted, with time running out to avoid the disastrous effects expected should temperatures rise 2 degrees Celsius above pre-industrial levels.

The IPCC also outlined the global efforts required to reduce carbon emissions to zero by 2050 and limiting global warming to 1.5 degrees Celsius.

Before Earth Day, consumer tech behemoth Apple announced plans to expand its recycling programs that allow iPhone owners in the US to send their old phones to be processed by the company’s ‘Daisy’ recycling robot.

Each ‘Daisy’ robot can disassemble 1.2 million iPhones a year, with the devices then returned to stores in the US and the Netherlands.

While iPhone users in Australia don’t yet have access to Apple’s recycling scheme, the company said it had received nearly one million devices through the programs.

Another major contributor to carbon emissions is air travel, with the aviation industry accounting for about 17 per cent of all transportation-related emissions in Australia.

With airlines facing pressure to reduce their carbon footprint, United Arab Emirates carrier Etihad revealed that it will launch the region’s first single-use-plastic-free flight on Earth Day in a bid to raise awareness of the effects of plastic pollution.

The flight will depart from Abu Dhabi on April 22, landing in Brisbane on April 22.

The move followed a United Nations call for global action to tackle plastic pollution, with the UN finding that 400 million tonnes of plastics are produced every year, 63 per cent of which are intended for single use.

Etihad pinpointed 95 single-use plastic products used across aircraft cabins, most of which were replaced with eco-friendly alternatives including edible coffee cups, made entirely out of natural grain products, and ‘eco-thread’ blankets made from recycled plastic bottles.

By the end of this year, 100 tonnes of single-use plastics will have been removed from Etihad’s inflight services, the company said.

The airline has committed to removing up to 20 per cent of the single-use plastic items on board by June 1, and 80 per cent by the end of 2022.

The National Aeronautics and Space Administration revealed that it will be taking part in Earth Day by sharing some of its “most stunning” images of the planet from space on social media.

“NASA satellite and airborne instruments picture Earth every day to increase our knowledge of our home and improve lives,” a NASA spokesperson said.

“Scientists use data from all of our instruments, and Earth-observing spacecraft from other nations, to build a picture of the planet that grows more and more complete over time.”

Climate change has emerged as a key issue in the lead up to Australia’s federal election on May 18.

Last week, Labor announced that if elected, it would establish a national target of 50 per cent of new car sales being electric vehicles by 2030, while retaining and extending the Coalition’s existing pollution cap.

Calls for government to take urgent steps to address climate change have intensified since the release of the IPCC report.

In March, thousands of school students around the country ditched class to protest en masse against government inaction on global warming as part of a series of protests worldwide.