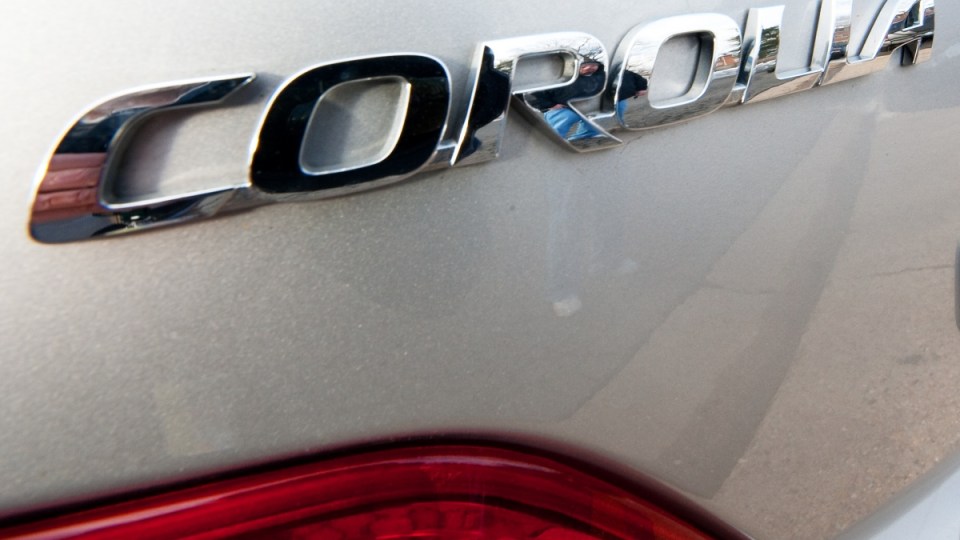 Australians have been warned that their Toyota Corolla's airbags may be faulty. Photo: Getty

Thousands of Australian Toyota drivers have been warned that their car is carrying airbags that could randomly inflate or fail to deploy in the event of a crash.

Toyota Australia told The New Daily on Friday morning that about 2121 Corolla vehicles produced from April 2004 and February 2007 are affected in Australia.

A problem was identified in the airbag system which could experience electrical shorting that could damage the circuits in the system.

This could cause airbag warning lights to illuminate and the front airbags and seatbelt pre-tensioners to become deactivated, or cause those systems to inadvertently deploy.

“This could increase the risk of injury or crash,” a Toyota spokesman said.

“There have been no incidents or injuries in Australia as a result of the airbag ECU condition.”

Toyota dealers will be removing and replacing the faulty airbag electronic control unit on all affected cars free of charge, a process estimated to take up to two hours.

The safety recall has impacted one million cars worldwide.

Toyota is currently preparing replacement parts for the recall and was unable to confirm when the parts would become available, however it is expected they would be ready by the end of March 2019.

“Over half of the vehicles in this recall are also affected by today’s announcement of the earlier initiation, for a limited number of models, of future Takata recalls,” a spokesman said.

All affected motorists will be contacted within “the next few weeks”, and again when replacement parts are available so drivers can make an appointment at their preferred dealership.

Concerned consumers have been advised to contact the Toyota recall campaign helpline for more information at 1800 987 366.

Toyota has also been swept up in the Takata airbag recall which involves certain Yaris, Rukus, Avensis and Corolla models.

The New Daily exclusively reported this week that car manufacturers have been criticised for the long wait for replacement parts, with some affected customers being forced to wait until December 2020.