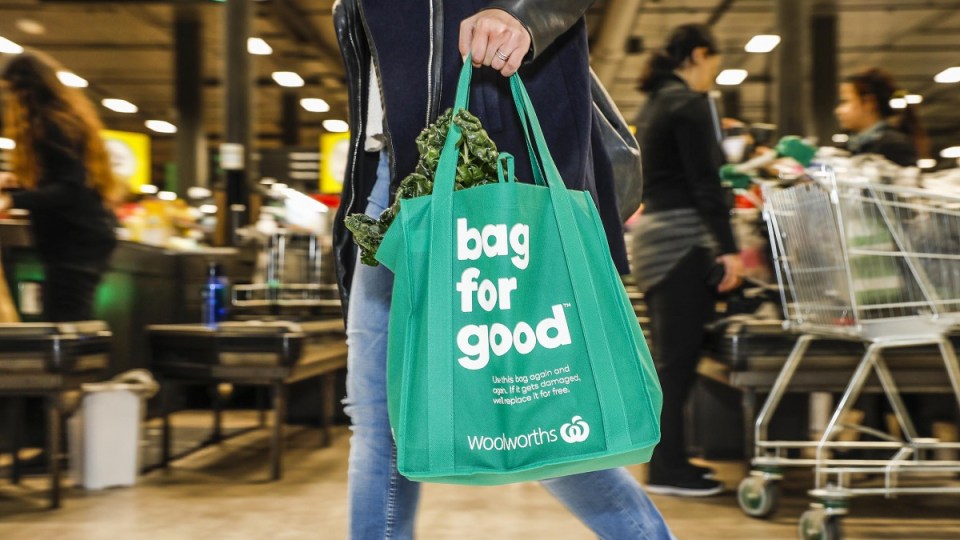 Woolworths has revealed that its ban on single-use bags has cut its plastic bag waste by 600 million in just three months.

That means the supermarket giant is likely to cut its annual single-use plastic bag waste by about 2.4 billion – bags that would have otherwise ended up in landfill.

Rival Coles also implemented a bag ban at the same time as Woolworths, although its decision was subject to several backflips before it ultimately stuck to the ban.

Coles refused to reveal its figures to The New Daily, despite repeated requests for comment.

In announcing its ban, Woolworths said it gave away about 3.2 billion single-use plastic bags to shoppers every year.

Dr Mortimer said Woolworths was leading the way when it came to removing plastics from the environment.

“Despite plastic bags making up a very small proportion of landfill, the removal of this volume of plastic out of the system is significant and a good step towards reducing litter and protecting marine life,” he said.

But waste expert Dr Trevor Thornton said that while the figures looked “hellishly impressive”, he was concerned consumers might not be getting the full picture.

“600 million is a fairly significant reduction in plastic bags,” he said.

“But it’s easy to make claims without transparency about the process. They’re not being transparent about how many reusable bags they’ve sold.”

The New Daily asked Woolworths and Coles to provide the number of reusable plastic bags and fabric alternatives sold in the three months since the ban was introduced.

He said the figure of 600 million referred to the “number of single-use plastic bags taken out of circulation”.

Dr Thornton said both supermarket chains should release this information to help consumers understand why they had to change the way they shopped. It would also show if the changes were having a positive impact on the environment overall.

“To me, it sounds as though they have not given out the 600 million single-use plastic bags they usually do – because of the ban. But it doesn’t seem to factor in if they’ve sold more garbage bags over this time.

“If we consider whether we’ve reduced the amount of plastic going into landfill – and the number of garbage bags has gone up – I would be leaning towards no, we haven’t reduced our plastic waste.”