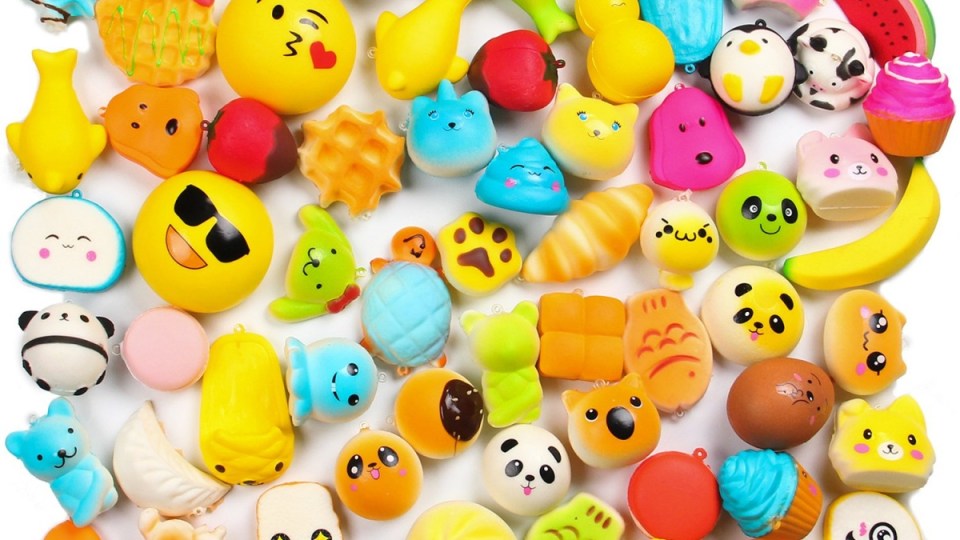 Squishies could be placing your child's health at risk. Photo: Amazon

Australian retailers including Smiggle and Kmart have refused to pull popular ‘squishies’ toys from their shelves, despite an overseas study finding they could be exposing children to cancer-causing chemicals.

Squishies are small, foam-like toys similar in texture to stress balls which come in the shape of animals and food such as hamburgers, cupcakes, strawberries and ice-cream cones.

They are widely sold throughout Australia at major retailers including Smiggle, Target, Kmart and Big W as well as online, and have become hugely popular among young children.

The New Daily asked Smiggle, Target, Kmart and Big W whether they intended to remove the products from shelves. None confirmed they would stop selling them.

The Danish environment agency conducted a test after reports of the products giving off a strong chemical smell. It found all of the products tested emitted high levels of harmful substances.

These chemicals include dimethylformamide, styrene and toluene, which the Danish agency said could cause cancer, liver damage, eye irritation and impair fertility.

“When all 12 toys contain high amounts of harmful substances, alarm bells begin to go off,” the report read.

Kidsafe NSW’s Christine Erskine said the matter should be investigated to ensure the safety of Australian children.

“We know that these toys are very popular. It’s one of these fad toys where children like to collect them all,” she said.

“If consumers become aware of a smell, stop using them and report it.

“Australians should be made aware of these findings and I think it’s important that Australia looks at these products to see if there’s a safety issue.”

New South Wales mother of two Brielle Moloney said retailers should pull these products from their stores to protect children.

“That’s really awful,” she told The New Daily in response to the test results.

“If squishies have harmful chemicals, they need to be taken off the shelves.”

She said her kids love them because they are “cute, colourful and have the texture of marshmallows”.

“I’ll be throwing them out ASAP,” she said.

“They have a very strong smell. Didn’t think it would be harmful.

“I definitely think parents need to be aware and stores should stop selling these products until further testing is done.”

Ms Dang added that the toys often broke within one day of use despite costing up to $13 each at some retailers.

Numerous parents have also complained to Smiggle due to the products tearing easily but The New Daily could not immediately verify whether the identified risks were related to tearing.

Environmental and hazardous chemicals expert Rachael Wakefield-Rann of the University of Technology Sydney said products are allowed on the Australian market before all of their chemical ingredients are tested for long-term health effects.

“At present, manufacturers do not bear the burden of proof for demonstrating that a product is safe. As a result, many products contain chemicals that have never been tested for properties, such as being carcinogenic or endocrine disrupting,” she told The New Daily.

“This is why we find ourselves in a situation where regulators and scientists cannot keep up with the estimated 2000 new chemicals entering the market each year.”

Ms Wakefield-Rann said the chemical dimethylformamide has been found to cause liver damage in animal studies.

“This chemical should not have been in children’s products,” she said.

“Children are much more susceptible to the effects of chemicals.”

Australian authorities would not confirm whether they would be conducting tests of their own or investigating the findings of the Denmark test.

A spokeswoman for the consumer watchdog ACCC said it had “not received any reports of incidents” resulting from squishies.

“When a supplier becomes aware of an incident where a person has suffered injury or harm, they are required to make a report to the ACCC,” she said.

The ACCC did not respond to The New Daily‘s question about whether parents should be concerned about their children playing with these toys.