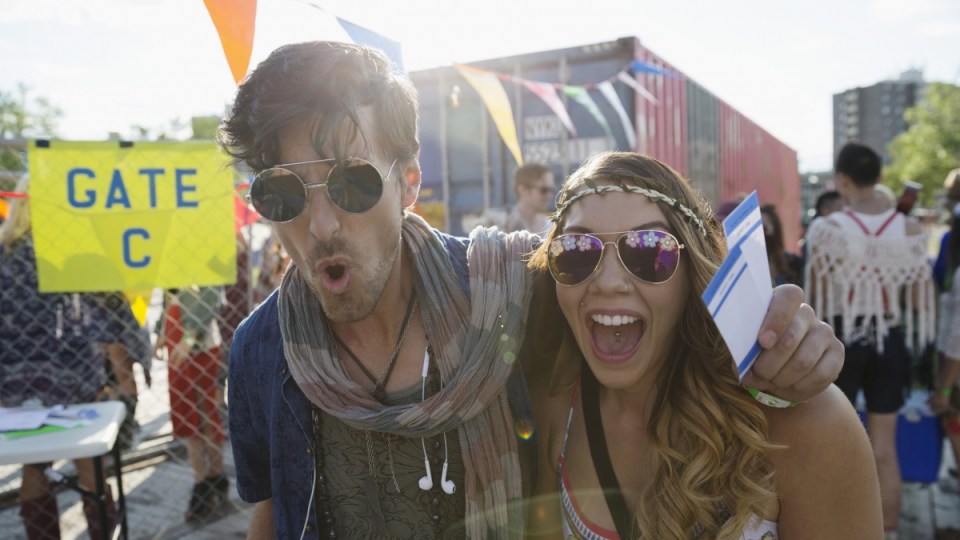 Australian consumers have been warned not to trust the “worst” resale ticket scalping offenders – websites Viagogo, Seatwave and StubHub.

Even official resale websites, including Ticketmaster Resale, have been found to sell tickets at markups of almost 400 per cent – last year it sold VIP Justin Bieber tickets to fans for a massive $2555.

Last week, tickets to a Childish Gambino concert sold out within minutes and were almost immediately being sold on Switzerland-based resale site Viagogo for up to eight times the price.

Childish Gambino on sale at 12.
Refreshing till 12:01 for link.
Tried front stalls at 12:02, sold out.
Tried anything 12:03, sold out. Checked ticketmaster resale at 12.04, literally over 100 tickets for sale at more than double the price.
Unbelievable @Ticketmaster_AU

The official advice from the Australian consumer watchdog (ACCC) is for consumers to avoid buying tickets from resale websites altogether.

So how is a hard-core fan supposed to get their hands on a ticket? Are there any resale websites you can trust?

There are some “more ethical” resale websites being transparent about how they operate, according to event ticketing expert Dr Keith Parry, who says Citizen Ticket, Guts Tickets, Upgraded and Twickets are the best options.

“Citizen Ticket lists the face value prices and uses the original ticket’s barcode, which makes it more transparent,” he said.

“Any that use blockchain technology are also good.”

On the other hand, Viagogo, Ticketmaster Resale, Seatwave and StubHub‘s practices have all been questioned, Dr Parry said.

“The ticket scalper used to be the dodgy guy in the overcoat outside the venue,” he said.

“Now it’s computerised and it’s easier for people to do this and get away with it.

“You can end up paying a $40 booking fee on Viagogo for a ticket that doesn’t cost that much.”

How to avoid being ripped off

Jeannie Patterson, a consumer protection expert and associate professor at Melbourne Law School, said scalped tickets are resale tickets where the seller has no intention of attending the event, motivated purely by profit.

Australians are being ripped off and penalised for buying massively marked up tickets.

“And scalping websites are getting away with it,” she said.

Dr Parry said that, at first glance, it can be difficult to distinguish a reseller from an official ticketing website as the resale sites often appear at the top of a Google search and appear professional.

“Check the artist’s website for the original ticket price,” he said.

“If a resale ticket is priced way above, don’t buy the ticket and don’t buy from there.”

He said that according to his research, only one in three of those who request a refund receive a full refund.

CHOICE’s Sarah Agar said to always use a credit card to buy tickets because it is sometimes possible to reverse the transaction if there are problems.

She warned consumers to be particularly cautious of Viagogo – a website that the ACCC has taken legal action over allegations of “misleading” and “deceptive” conduct.

“From tickets not being delivered, to massively inflated prices, to ignored requests for refunds, to huge unexpected fees and booking charges at a late stage in the payment process, we have heard a ton of horror stories from people who bought tickets from Viagogo,” Ms Agar said.

“These sites use high-pressure tactics suggesting that tickets are scarce and running out, when some of these representations don’t reflect truth.”

Jay Felix, president of the Australian Ticket Brokers Association, said consumers should not buy tickets from websites based overseas, as they will have little recourse in the event that something goes wrong.

He said Australian websites include The Golden Ticket, Queen of Tickets, SupaTix, The Ticket Merchant, Tickets4me, TicketBlaster and Epic Tickets.

However, The New Daily found that some of these local websites list tickets with substantially inflated prices. 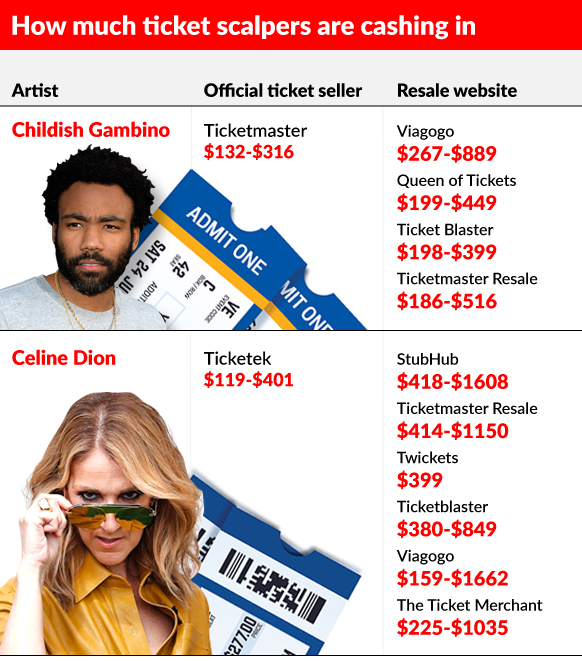 Both consumers and sellers in New South Wales, Victoria, Queensland and South Australia can, under certain circumstances, be penalised for buying and selling tickets priced more than 10 per cent above retail value.

The ACCC says you run the risk of being turned away at the venue if you buy a ticket from any resale website.

“We think that all of the penalty should be worn by the scalping website, not the consumer.”

The New Daily contacted Viagogo for comment but did not receive a response.

Click here to read about calls to ban the ticket-buying bots responsible for surging ticket prices.