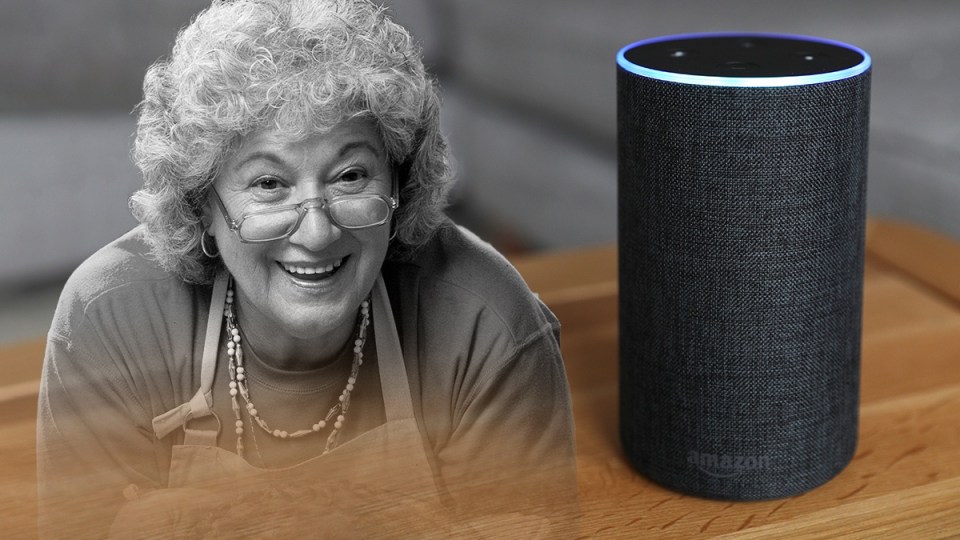 An upcoming update to Alexa will allow users to teach the device to speak using the voice of anyone they want. Photo: TND

“Hey Alexa … let me speak to my dead grandma.”

No, it’s not a creepy Black Mirror episode but a new, slightly alarming reality.

We all have to suffer the loss of a loved one eventually, but Amazon’s upcoming update to virtual assistant Alexa will allow their voice to live on.

At the Amazon re:MARS conference on Wednesday, senior vice-resident and head scientist for Alexa, Rohit Prasad, said the company is developing a system that will enable Alexa to mimic any voice after hearing less than a minute of audio.

Update designed to pull at heartstrings

Mr Prasad presented an example scenario of the voice of a deceased grandmother reading a child The Wizard of Oz as a bedtime story, TechCrunch reports.

“This required inventions where we had to learn to produce a high-quality voice with less than a minute of recording versus hours of recording in the studio,” he said.

“We are unquestionably living in the golden era of AI, where our dreams and science fictions are becoming a reality.”

Reuters reports Mr Prasad said the goal of the project is to make memories last after many people lost loved ones during the pandemic.

The project is still in development and no more details about the function or release date have been made available at this time.

Details are scant at the moment.

This is not the first time Amazon has ventured to alter Alexa’s voice, having previously used famed actor Samuel L Jackson’s voice to respond to questions on Amazon Echo devices – with explicit language available.

This news comes after Microsoft pledged to restrict the usage of its voice-mimicking technology.

Microsoft has pledged to clamp down on access to AI tools designed to predict emotions, gender and age from images, and will restrict the usage of its facial recognition and generative audio models in Azure.

The company decided to enforce the restrictions on itself due to the absence of laws regulating AI technology.

Microsoft chief responsible AI officer Natasha Crampton wrote in a statement that although the technology has “exciting potential” in education, accessibility, and entertainment, it is “easy to imagine” how it could be wrongfully used to impersonate speakers and deceive listeners.

“AI is becoming more and more a part of our lives, and yet, our laws are lagging behind. They have not caught up with AI’s unique risks or society’s needs,” she said.

“While we see signs that government action on AI is expanding, we also recognise our responsibility to act.

“We believe that we need to work towards ensuring AI systems are responsible by design.”