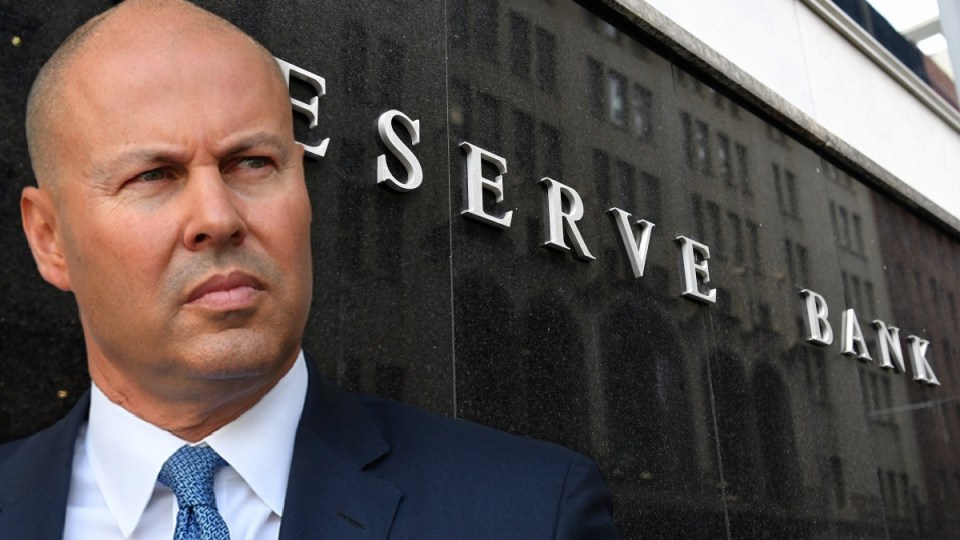 The perception that higher interest rates are bad will be the political reality for Josh Frydenberg, Michael Pascoe writes.
opinion

If the Reserve Bank does not increase interest rates on Tuesday, it will be perceived as having surrendered its independence, the governor in Josh Frydenberg’s pocket.

Hoping that is not the case, the task for the government will be to explain to mortgage holders that more expensive money actually is a good thing, a sign of a strong economy. The temptation for Labor will be to pretend it is not.

“Perception is reality,” declared Republican political consultant Lee Atwater, adviser to Presidents Reagan and Bush. The general perception that higher interest rates are bad will be the political reality of the next four weeks.

Good luck then with selling higher interest rates as a positive and Labor not surrendering to the aforementioned temptation.

Unsurprisingly, the interest rates/inflation story isn’t as simplistic as much of the knee-jerk commentary suggests, but even before Wednesday’s higher-than-expected consumer price index, it had become hard for the RBA to make a case for continuing to boost the economy by throwing cheap money at it.

And it’s worth keeping a little perspective: Lifting the cash rate from the present 0.1 per cent to 0.25 or 0.5 per cent next week is hardly “hitting the brakes” – it is merely lifting the foot a little off the monetary accelerator.

But interest rate rises have a habit of coming in series. Rates will rise further.

How much further will depend on a combination of factors including how quickly consumers react to this shot across their spending bow, international inflation pressures flowing on here, how successful governments and businesses are in continuing to suppress wages growth, how long the federal government keeps stimulating demand (pushing in the opposite direction to the RBA) and where it targets spending.

Yes, there is a lot more to trying to stop inflation getting out of control than chanting for the RBA to lift rates.

The worst news in the CPI numbers was that the inflation people feel most was worse than the headline number. 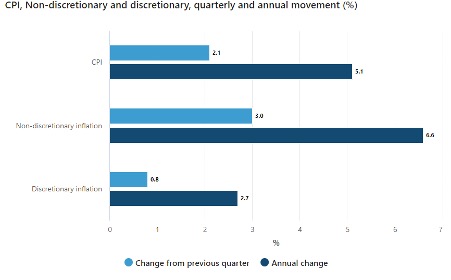 So the price of stuff the average household pretty much has to keep buying jumped by 6.6 per cent in the year to the end of March.

We won’t get the wage price index for the March year until three days before the election, but it’s unlikely to be much higher than the December year, which recorded private sector wages growth of 2.4 per cent and just 2.1 per cent for the public sector.

Even with a little higher wages growth in the March quarter, allow for the impact of income tax and we’re likely to see prices have risen three times faster than take-home wages – in real terms, wages going backwards by about four per cent.

That “non-discretionary” inflation figure is a nod in the direction of the Vimes Boots Index – a means of expressing how inflation tends to be much worse for poor people than for the comfortable or rich.

Poor people tend not to have discretionary spending they can cut back on when the cost of necessities rise. At a granular level, the reality is much worse than merely “non-discretionary”.

The conundrum for whoever is in government will be the desire, the necessity, of faster wages growth but at the same time not wanting higher wages feeding into an inflationary loop.

Nine long years ago when he was shadow treasurer, Joe Hockey warned that falling interest rates were not a sign of a strong economy. Over the near-nine years that the Coalition has been in government, all interest rates have done is fall.

Politically, it will be a very hard sell now to tell people rising rates are great, particularly when government policies are contributing to the high inflation that is driving rates higher.

Two of the three key factors fingered by the ABS had dollops of Morrison government policy behind them.

No, Scott Morrison had nothing to do with setting the international price of oil. But he has had a role in housing and higher education.

Higher housing costs have been partly driven by international supply chain problems, but also by the government’s HomeBuilder scheme giving $2.5 billion to people (who mostly didn’t need it) to supercharge home building and renovation.

Universities conspicuously received little help from Mr Morrison when hit by COVID-19 and federal government higher education funding continues to shrink in real terms. No wonder fees have to rise.

More broadly, with the unemployment rate low and falling, the government’s multibillion-dollar election spending spree is stimulating demand just when the RBA is being forced to reduce stimulation.

But perception is indeed reality. The extra spending “to help with the cost-of-living pressures” arriving ahead of the election will mean more than anyone trying to explain that it will be inflationary.

Back at the RBA, everyone is wisest about monetary policy in hindsight. With hindsight, the cash rate should have been nudged up this month.

It was the bank’s hope to see some decent wages growth before it had to take its foot off the accelerator, particularly as it has been wary of the government’s long efforts to supress wages.

As the road has unfurled, Governor Lowe has found the monetary bus isn’t travelling on a level track, but picking up momentum on a downhill slope. He can’t continue to push the accelerator.

As forewarned, what the bank board decides on Tuesday might now look political.

For the credibility of the bank, holding off tightening until after the election will be a disaster. It could only be read as bowing to political pressure.

For the RBA board, too, on this occasion, perception is reality.

Michael Pascoe: Is the Reserve Bank independent or in Frydenberg’s pocket?