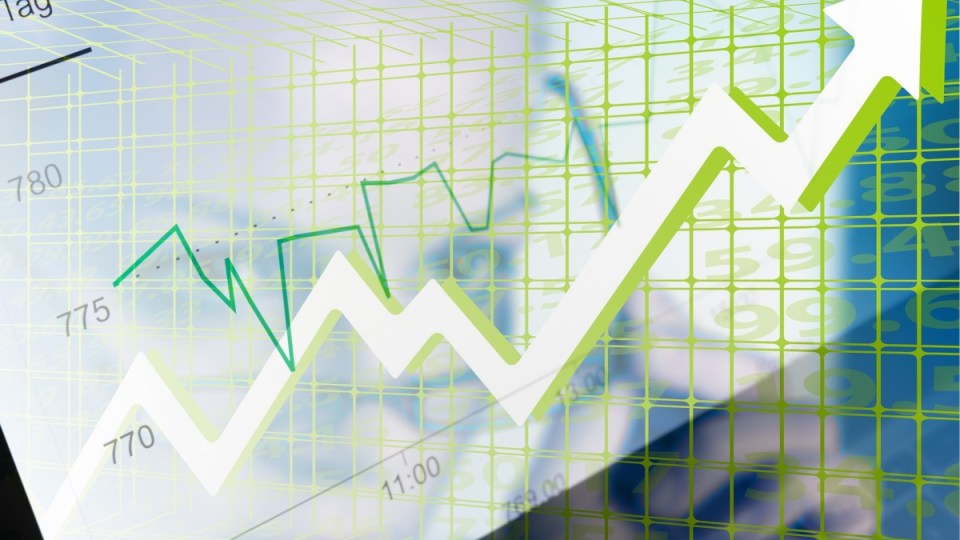 Prices are rising, but not everything is costing more at the shops. Photo: Getty

Prices for fruit, vegetables and red meat are rising much faster than wages as soaring inflation squeezes households at the supermarket and petrol bowser.

Data published by the Australian Bureau of Statistics on Wednesday showed that cost-of-living pressures are growing across the Australian economy, with essential products like petrol and food posting the largest rises in the March quarter.

Headline inflation rose 5.1 per cent over the first three months of 2022, more than twice the pace of wages growth in the last quarter of 2021.

Prices rose at the fastest rate in two decades, the ABS data revealed.

In total, more than half the goods and services tracked by the ABS rose in price, including groceries (up 5.3 per cent annually), petrol (up 35.1 per cent) and education (up 4.7 per cent).

Goods that fell in price were mainly restricted to discretionary items, such as clothing and footwear (down 1.5 per cent annually).

Economists said this meant households are facing a squeeze for products they can’t stop buying.

The table above captures how inflation is affecting various goods and services categories.

The biggest item is education, which was driven by a couple of factors.

Tertiary education took the biggest upward climb and rose by 6.3 per cent in the quarter.

It was driven by the government’s job-ready graduate package, which pushed up the price of popular degrees, particularly in the humanities.

Price rises in that area will continue as those enjoying the old fee structure graduate.

Meanwhile, the cost of preschool and primary education rose by 4.5 per cent, in part due to the ending of Victoria’s free preschool arrangements during COVID-19.

Transport was also an inflationary driver, but this was expected.

Overall, the sector’s prices are up 13.7 per cent annually and for motor fuels this figure is a massive 35.1 per cent over the year to March.

“The RBA will be watching to see whether those price rises are transitory or will last longer – and one of the influences there will be how long the war in Ukraine goes,” said independent economist and former Labor MP Craig Emerson.

Areas like building supplies and manufactured food products “have been affected by supply disruptions arising from COVID and the RBA will want to see whether those issues self-rectify”, Dr Emerson said.

He is betting they won’t.

Although the costs of housing were up 2.7 per cent in the quarter and 6.7 per cent for the year that hides the massive costs of building and building products.

“Building material costs are going to stay high because companies involved in anything to do with housing construction are just fully booked and there is such a backlog,” Dr Emerson said.

“During COVID, for many there was nothing going on and now they’ll charge more than justified on the basis that they’ve had no work so that won’t be transitory.”

Fruit and vegetables were up 5.8 per cent in the quarter and 6.7 per cent for the year, while meat and seafoods rose 4.8 per cent and 6.2 per cent respectively.

“That is part of the agricultural cycle as much as anything. We’ve been through periods of drought and now flooding in prime growing areas,” consultant Brian Walker of Retail Doctor said.

Rising costs for fuel and utilities are also hitting those sectors and costs are not expected to fall any time soon.

Overall, it looks like consumers can’t avoid the effects of inflation.

ABS data showed that non-discretionary items such as groceries and fuel rose 3 per cent in the quarter and 6.6 per cent for the year.

Not all prices rising

Not all prices are on the rise, though.

That reality is a hangover from when lockdowns kept shoppers at home, but Mr Walker said the RBA shouldn’t expect to see those conditions remain.

“Rising wages and costs of freight distribution are starting to push that back up again. What we’re seeing now is very short term.”

Communications costs actually fell over the year, with telco equipment and data falling by 1.1 per cent.

But rising postage charges, up 3.8 per cent in the year, helped balance out overall communications costs.

Unvaccinated Pauline Hanson has COVID
‘Should have been a penalty’: Boy crash-tackled by PM gives his verdict
Amber Heard’s sister and friend give evidence
Russian Google to file for bankruptcy
Man arrested at NSW school for bestiality
Concern about COVID-19 deaths in aged care
Inflation rate soars to 5.1 per cent
Today's Stories

How the cost of everyday goods and services is changing