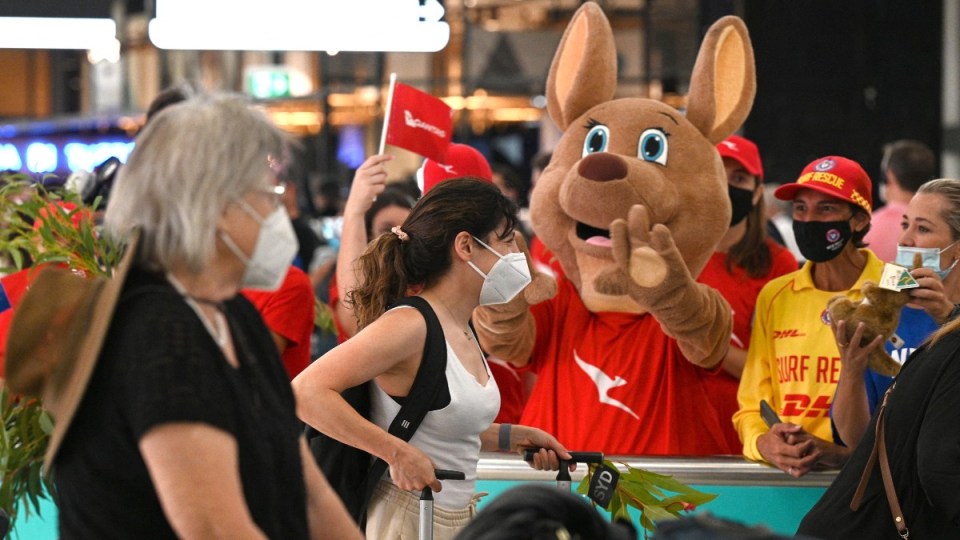 International travellers have been given the green light to come into Australia after the country’s international borders opened on Monday for the first time in about two years.

But for the domestic tourism industry, one of the hardest-hit sectors during the pandemic, there’s still a long road to recovery ahead.

“It’s just like a switch has been flicked,” Ms Pagotto said.

But Australia’s record of lockdowns and border closures throughout COVID-19 has resulted in a lack of equal interest from international travellers.

Ms Pagotto said her company is focusing on kicking off a travel campaign to get overseas tourists into the country in 2023 rather than this year.

Despite data from travel website Expedia showing inbound flight bookings increased about 65 per cent following the border announcement in early February, Ms Pagotto doesn’t expect the tourism industry to recover from the beating it took until 2024.

Orange Journeys co-founder and managing director Floris Fluitsma said since the announcement of opening borders, there was a marked increase in interest for inbound travel.

But many inquiries are for dates in July and August to match the summer school holiday schedule in the northern hemisphere, and then from October.

Mr Fluitsma said many of the inquiries he’s received from customers haven’t translated to bookings.

One of the factors holding back travellers is the traditionally inconsistent approach Australian states have taken to managing COVID-19 surges and border closures, he said.

“Travellers feel anxious that borders, whether it’s international or between states, might be closed without notice like it happened during the pandemic,” Mr Fluitsma said.

Things are made even harder for tourism businesses given even confirmed bookings don’t translate to instant profit.

Mr Fluitsma said his company doesn’t usually receive payment for bookings until between six to nine months after they are made.

It can take longer when travellers book through third-party websites as they often hold deposits until just before the booked date, he said.

Mr Fluitsma said this makes it even harder to turn the profit he needs to hire more staff.

He reduced his headcount from seven to two after COVID “decimated” the tourism sector.

“We’ve survived, but the working capital that we have left to basically facilitate this restart is very, very little,” he said.

“It’s a big question, ‘When [can we] hire staff again? When [will] the funds [be] there to take on additional staff?'”

Tourists not flooding in straight away

As countries such as Germany and the US have avoided lockdowns in recent months, their citizens are more confident with international travel.

Meanwhile, Asian markets including China and Japan are still being held back by lockdowns and border restrictions.

Most of the interest his company has received for earlier travel dates, starting from March, have come from “German-speaking markets”, Mr Fluitsma said.

This matches Expedia’s data, which shows Germany is within the top five companies of origin for Australia-bound flight bookings.

Ms Pagotto said her company has also seen more interest from the European and UK markets, with “nothing coming from Asia” – mainly due to restrictions still in place across Asian countries.

Before the pandemic hit, Australia’s tourism industry enjoyed climbing numbers of international visitors, with a 69 per cent increase over the decade to 2019.

But that ground to a halt when borders snapped shut in 2020, and Australia’s frequent state border closures meant domestic tourism couldn’t even attempt to fill the gap international travellers left behind.

In the meantime, he said there needs to be more government support, especially given the employment opportunities a flourishing tourism industry offers, with 660,000 people directly employed in the tourism sector in 2019.

“We’re going to be busy now, which is fantastic, but we won’t get any money in,” he said.