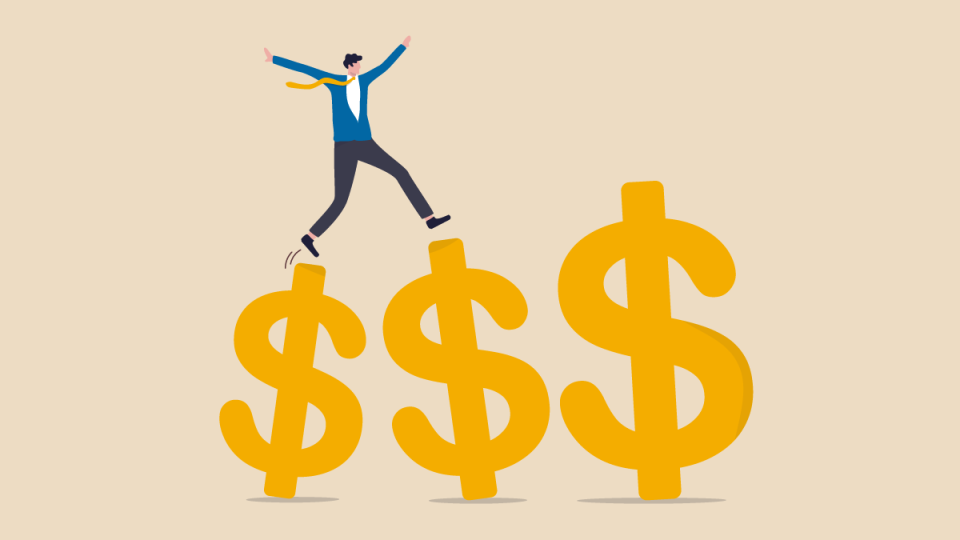 Workers across various industries in Australia can expect a pay rise next year. Photo: Getty

Australians are in for bigger pay rises next year, with new data revealing bosses across the country plan to hand out higher wages to retain and attract new staff.

A survey of over 1000 Australian companies by Mercer shows more than 93 per cent of organisations are planning to raise salaries by a median of 3 per cent in 2022.

In 2021, salaries across these companies increased by a median of 2.5 per cent nationally, according to Mercer.

The ABS has said national wages growth has been 1.7 per cent over the year to June.

Mercer market insights and survey data business leader Chi Tran said the forecaste salary increases show bosses are “optimistic” about the pandemic recovery now that lockdowns in NSW and Victoria are over.

She said bosses are attempting to attract and retain workers, especially after many organisations resorted to salary freezes “just to keep their businesses above water” during 2020.

“In order for the companies to grow, they need to invest back into their people,” Ms Tran said.

“We’re seeing, definitely, an uptick [in wages] across the board.”

The Reserve Bank also said last week that an unwinding of wage freezes should boost pay packets over the next year.

“The medium-term outlook for private sector wages growth is stronger,” it said in the November statement on monetary policy.

“[It reflects our] upgrade to labour market forecasts and the further absorption of spare capacity [in the labour market].”

As the world continued to digitise, Mercer found jobs in digital industries have already recorded the highest salary increases since COVID began.

Industries that have benefited the most from higher salaries are identified by Mercer as:

Median wages have increased the most among jobs such as digital/internet marketing (9.5 per cent), information systems architecture (8 per cent) and new media user experience design (10.5 per cent).

She noted pay rises have been “hovering around 2.5 per cent” across the industries surveyed by Mercer for at least three years pre-pandemic.

“[Since the pandemic] has accelerated growth, and organisations are investing back in their people, I do think that the 3 per cent is here to stay,” Ms Tran said.

Wages growth in excess of 3 per cent will be needed to offset rising cost of living pressures, with the Reserve Bank predicting national annual wage growth to rise to 3 per cent in 2023.

The official measure of wages growth tracked by the ABS has run lower than 2 per cent in annual terms during the pandemic, with this data including both private and public sector workers.

However, Ms Tran said higher pay alone is not enough to attract and retain employees.

She said organisations have also had to adjust to the new norm of flexible working arrangements.

“Every organisation that I’ve talked to … know that returning back five days a week is no longer possible,” she said.

“Every employee is expecting … having a hybrid working model, where you spend a few days in the office [and] a few days from home.”

She said organisations are also focusing more on “wellness” as fatigue and lockdowns have taken a toll on employees.

Despite the wage increases, Mercer’s survey shows 43 per cent of organisations reported having difficulty hiring or retaining employees.

Ms Tran said one of the biggest factors leading to difficulty in employee retention is closed borders, which limited talent pools within states and territories.

Workers and job seekers in Western Australia have lucked out, as specialised roles and sectors within the state are more highly paid than anywhere else in the country.

In particular, Western Australian jobs in the engineering and science fields average at 8.3 per cent higher than the national median for these categories.

Ms Tran said Western Australia’s economic growth “boomed” due to the state undergoing few lockdowns compared to the rest of the country.

The economic boom coupled with the border closure-induced narrow talent pool has driven up wages in the state, she said.

“[Western Australia has] got more roles than … resources to fill them,” she said.

“So that [leads to] higher premiums to fill those roles.”

‘Wages growth is stronger’: These workers will see the biggest pay rises in 2022