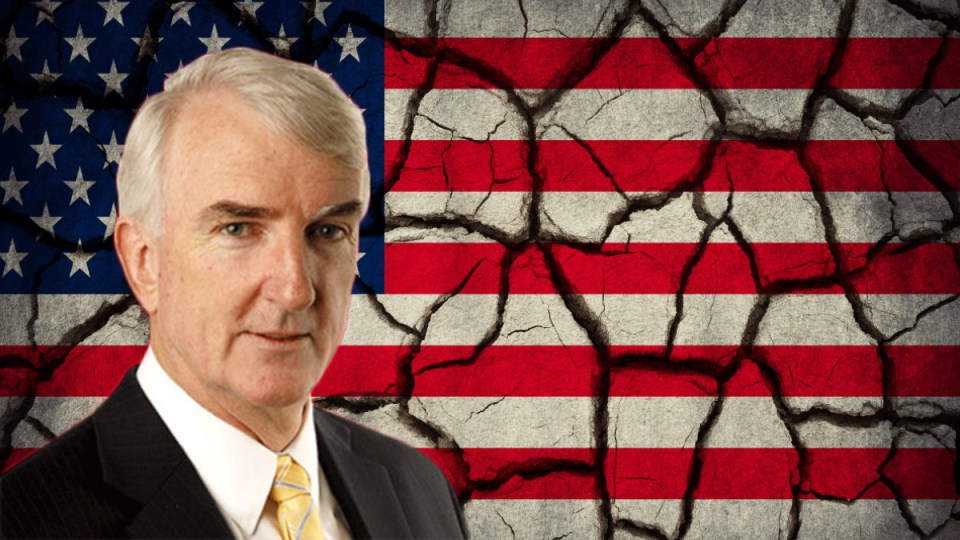 The threat to American democracy looms as the world’s biggest problem in years to come, Michael Pascoe writes. Photo: TND

COVID-19 is not our biggest problem. Neither is China. Or even climate change. (As a species we know what we have to do and we can do it, if we want to.)

No, the biggest threat is one that would make those three challenges worse: The death of American democracy – the US sliding into an autocracy, becoming a crony capitalist, para-fascist state.

It may seem an incredible claim, but there’s a solid and frightening argument that the outlook for American democracy has deteriorated since Joe Biden was sworn in as President on January 20 and is going to get worse.

While we’ve been consumed by what we thought were the Big Three issues – does anyone remember what we filled news bulletins with before COVID? – half of American politics has gone to hell and promises to take the country with it.

The Trump mob has taken control of the Republican Party.

Trump capos are busily removing honest officials and corrupting legislatures to win control of the voting process in 2024.

The Trump propaganda machine is back in full swing – cue the Murdochs’ Tucker Carlson. Trump is back winning the opinion polls.

The threat was neatly summarised by the Financial Times’ Martin Wolf on Wednesday and reprinted in Thursday’s Australian Financial Review. It’s the scariest story I’ve read this year, scary because it’s so credible.

Wolf was early to warn of “American Caesarism”. His latest effort draws heavily on a Robert Kagan Washington Post piece, Our constitutional crisis is already here.

Kagan reports that, health permitting, Donald Trump will be the Republican presidential candidate in 2024.

He is building a massive campaign war chest, he’s winning the polls, the Democrat ticket is looking vulnerable. And the actual voting process is being hijacked:

The amateurish “stop the steal” efforts of 2020 have given way to an organized nationwide campaign to ensure that Trump and his supporters will have the control over state and local election officials that they lacked in 2020.

Those recalcitrant Republican state officials who effectively saved the country from calamity by refusing to falsely declare fraud or to “find” more votes for Trump are being systematically removed or hounded from office.

Republican legislatures are giving themselves greater control over the election certification process. As of this spring, Republicans have proposed or passed measures in at least 16 states that would shift certain election authorities from the purview of the governor, secretary of state or other executive-branch officers to the legislature.

An Arizona bill flatly states that the legislature may “revoke the secretary of state’s issuance or certification of a presidential elector’s certificate of election” by a simple majority vote. Some state legislatures seek to impose criminal penalties on local election officials alleged to have committed “technical infractions” including obstructing the view of poll watchers.

The stage is thus being set for chaos.

And then there are the voter suppression efforts targeting people of colour.

In a country where voting is optional and sometimes difficult, “getting out the base” is what matters most. The Trump base is many strange and contradictory things, but the dedication is ferocious.

The FT’s Wolf picks up the story of what happens next:

Assume that Trump is re-elected, legitimately or by manipulation. One must assume that his naive and incompetent approach to the wielding of power in his first term will not be repeated.

He must now understand that he will need devoted loyalists, of whom there will be plenty, to run the departments responsible for justice, homeland security, internal revenue, espionage and defence.

He will surely put officers personally loyal to himself in charge of the armed forces. Not least, he will get his loyal Republican party, as it will be, to confirm the people he chooses, if it holds the needed Senate majority, as is highly likely to be the case.

Equally surely, he will use the pressure that he can then exert on the wealthy and influential to bring them into line. Crony capitalism is among the probabilities. Ask the Hungarians who live in an “illiberal democracy” under a man admired by US right-wing pundits.

Personally, I doubt that Trump is capable of being rational and stable enough for long enough to pull off such a complete seizure of American government.

That’s why a “T-2.0” is more frightening – a Donald-backed animal of the Trump machine, someone as corrupt and dangerous but smarter, having learned from T-1.0’s mistakes.

A well-connected American friend fears T-2.0 will be much cleverer than the original ‘box-suited, carnival-barker buffoon’.  The “evil Stevens” – Bannon and Miller – now know “what sells” and how to sell it, worldwide.

This dystopian vision of the near future might not come to pass – but that there is a very good chance of happening should be enough to put the frighteners through Australia’s headlong rush into Scott Morrison’s nuclear-powered submarine deal.

I’m agnostic about what the best sort of donk for the Royal Australian Navy submarine pack might be, though lean towards the idea that if you’re going to have subs, they may as well be the best available.

But if a nuclear donk comes at the price of becoming even further locked into American foreign policy and strategic plans, the cost is too high when it could mean becoming a Trump tool, either T-1.0 or 2.0.

Prime Minister Morrison showed he had no qualms about that when he was duchessed at the White House.

Paul Keating, on the other hand, has made the case with his usual panache for maintaining Australia sovereignty.

While savaging “the prophet from the Shire” and “Marise Payne, who has made an art form of hiding her light under a bushel”, Mr Keating steered clear of the particular threat of being subservient to a Trumpian America – a possibility that takes the deal to another whole level of danger.

And, looking into the uncertainty of decades hence, it is possible that Australia could be militarily challenged by a country that also is an American ally.

We might not be America’s most important friend by then. Be a shame if our planes couldn’t fly or our weapons systems operate.

Mr Morrison’s botched cancellation of the French submarine contract was Trumpian in the scale of its clumsiness and offence giving. That’s enough trouble for Australia to have to handle.