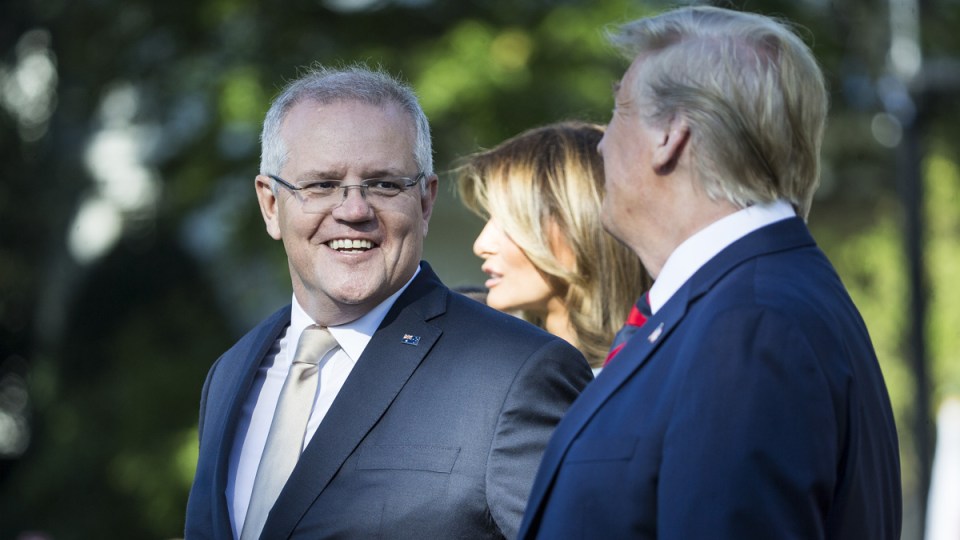 Prime Minister Scott Morrison has been awarded a prestigious US military honour in recognition of his leadership in addressing global challenges.

The US National Security Council tweeted on Tuesday that President Donald Trump awarded the Legion of Merit to Mr Morrison “for his leadership in addressing global challenges and promoting collective security”.

The Legion of Merit is awarded to US soldiers and to foreign political or military figures.

Australia’s ambassador to the US, Arthur Sinodinos, received the medal on Mr Morrison’s behalf.

Mr Sinodinos tweeted that he was honoured to accept the award on Mr Morrison’s behalf.

He quoted Mr Trump as saying the award recognised that Mr Morrison’s leadership “strengthened the partnership between the United States and Australia in addressing global challenges and promoting collective security”.

Mr Abe received the award for his leadership and vision for a free and open Indo-Pacific.

Mr Modi was honoured for his leadership in elevating the US-India strategic partnership.

The Indian and Japanese ambassadors to the US also accepted the awards on behalf of Mr Modi and Mr Abe.