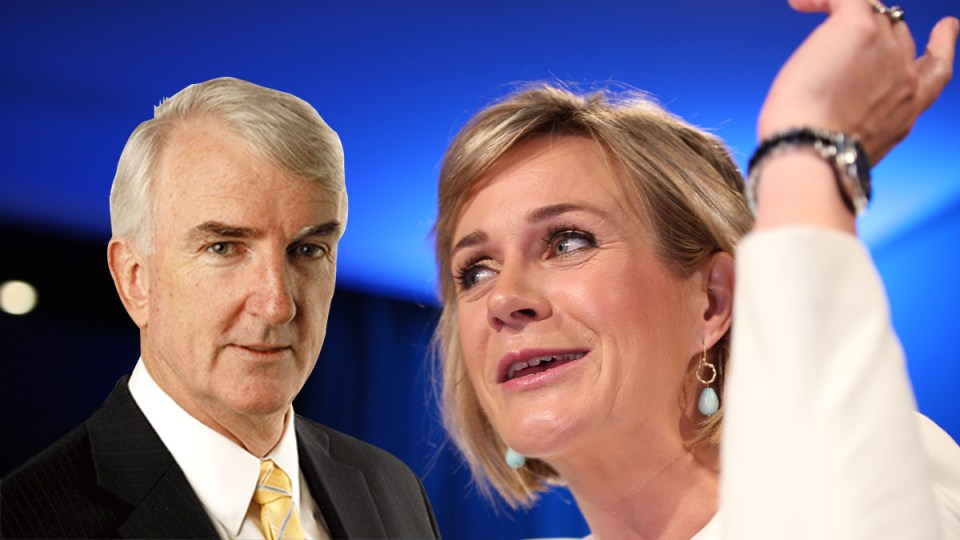 To borrow Vietnam War terminology, small “l” Liberal supporters switching allegiance to proliferating community independent candidates are posing a fundamental question for the Coalition: Are they destroying the party to save the party?

There are two scenarios if the Coalition loses enough liberal Liberal voters to lose government: It would be forced to address its drift to the right – or it travels further down the American Republican Party road of reactionary conservativism and divisiveness as moderates desert.

That the community independents have their sights set on seats held by relatively less right-wing members magnifies the matter for the party.

There’s little or no evidence of the present moderate Liberal members having impact on the key Coalition policies that are fuelling the “Voices of” movement – whatever they might occasionally hint at or actually say, they all vote the same way as Barnaby Joyce, Matt Canavan and George Christensen.

But what happens to the Liberal Party if the moderate rump is further reduced?

The federal Liberal Party’s moderate leadership was pretty much wiped out before the 2019 election.

As reported here at the time, eight Liberal ministers or assistant ministers elected in 2016, all from the relatively liberal side of the party, did not stand in 2019.

To that list of can be added Arthur Sinodinos, bundled off to Washington as ambassador.

I was one of the 440 or so people watching the NSI launch hosted by Julia Zemiro via Zoom and featuring guest appearances by Zali Steggall, Cathy McGowan, Tim Flannery, Nicki Hutley and Kerryn Phelps.

The chosen NSI candidate, Kylea Tink, (her father misspelled “Kylie” on her birth certificate) hit all the buttons as a small “l” community Liberal. More importantly, she came across as the sort of candidate any political party would like to have.

Ms Tink is hoping to take the seat of the man she voted for in 2019, Trent Zimmerman.

As the threat from the NSI group has grown, Mr Zimmerman has become more public in advocating something more on climate than his party’s present policies.

The city independents are getting plenty of coverage in the mainstream media read and watched by their electorates that tend to be richer and better educated than most.

And the following is a typical response, courtesy of a Sydney Morning Herald article.

Mr Zimmerman said he believed it was vitally important for the government and the Liberal Party to have strong voices inside it “arguing for sensible climate change policies”.

“It seems bizarre to me that any organisation interested in climate policy will try and remove those voices,” he said.

The NSI response is that the federal moderates lack what it takes to do more than talk – none has the ticker to turn “terrorist” to get their way, as the ratbag end of the Coalition has from time to time.

And the moderate minority might argue in caucus, the National Party minority plays harder and sets the policy with the Liberal Party leader going on the record at a Business Council dinner saying “we will not achieve net zero in the cafes, dinner parties and wine bars of our inner cities”.

Mr Zimmerman is not alone in facing a challenge from former Liberal voters in Sydney’s blue-ribbon seats. Voters in Bradfield, the Liberal Party’s safest metropolitan seat, are reportedly seeking a candidate in the “Voices of” model to take on Communications Minister Paul Fletcher.

Jason Falinski in Mackellar is also expecting a challenger, and Dave Sharma in Wentworth sounds more than a little defensive when he’s quoted saying “I’m interested in politics as the art of the possible, not meaningless posturing”.

The irony is that while Sydney federal Liberals are locked into National Party-dictated climate denialism and delay, the NSW state Liberals are as progressive on climate as any government in Australia.

A Liberal member tells me part of the problem is the nature of the party membership. While some branches are being stacked by the religious right, others are populated by a small number of unrepresentative faithful tending towards the older end of the age spectrum.

“You go to a branch meeting and you have to deal with people who watch and take their cues from Alan Jones,” the (moderate) member said.

We often forget just how close the last election was and just how slim the government’s majority is, along with the likelihood of the next election being just as close.

Losing a seat or two to genuine independents could make all the difference.

Saving the party among the cafes, dinner parties and wine bars means winning back voters like Kylea Tink.

Disclosure: I accepted an invitation to speak on the economy and politics at an NSI virtual “town hall” meeting. I’d do the same for the Liberal or Labor parties.

Michael Pascoe: Independents v Liberal Party – Destroying the village to save it?