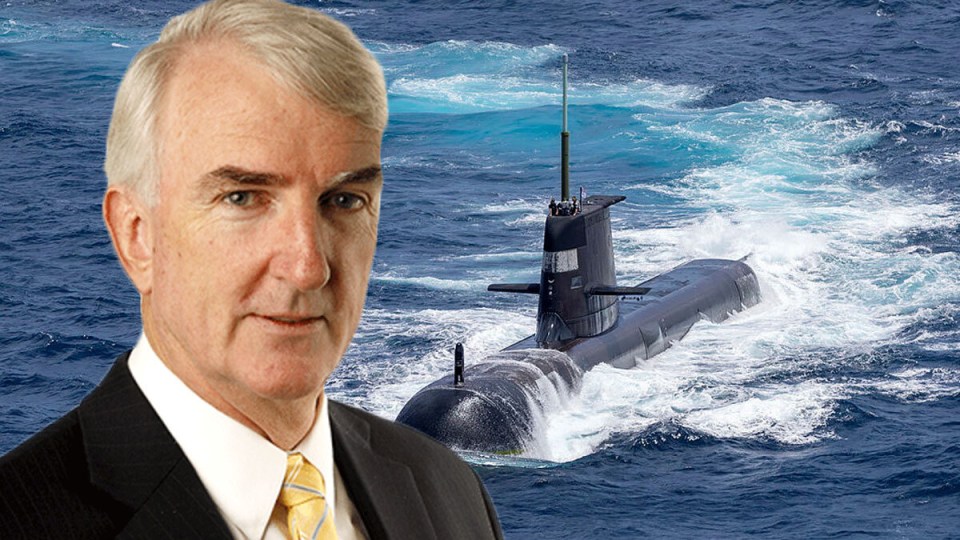 Insights can sometimes come from the most surprising sources. For example, a Barnaby Joyce press conference.

Scott Morrison was barely airborne on Monday when the Acting Prime Minister fronted the media, ostensibly to spruik the Nationals’ Inland Rail boondoggle, a topic about which he did not receive a single question.

So Iran, a country with which we were enjoying warming relations until Donald Trump poisoned them, is up there with China and Russia as a threat to Australia in the opinion of the National Security Committee.

The possible insight is that such a perception betrays the entirely American-centric nature of our security and defence outlook.

It underlines our client state status that Iran-Saudi and Iran-Israel tensions were a consideration in signing open cheques for nuclear-powered submarines.

After our participation in the Iraq and Afghanistan debacles, the Morrison government apparently maintains an interest in Australian military involvement in the Middle East.

Meanwhile, the Prime Minister’s first appointment upon arriving in New York was reportedly a private dinner with Rupert Murdoch’s right-hand man, News Corp CEO Robert Thomson, along with our New York consul and ambassador to Washington.

Priorities. After all, it is very important to Mr Morrison how his submarine deal plays.

“ALLIANCE FOR THE AGES” splashed The Australian as Murdoch writers shovelled on the superlatives.

Australia’s most significant strategic decision in 60 years, opined Paul Kelly, along with: “It is Scott Morrison’s initiative – in its nuclear submarine component, its technological sweep and its diplomatic achievement.”

As has now become very clear since Thursday’s ‘that fella’ announcement, the diplomatic achievement includes annoying much of Asia and Europe, especially our friends or former friends in France.

And it remains hard for me to believe that this was all Scott Morrison’s work, that the proposal wasn’t initiated and pushed by someone wanting to sell armaments, someone as much in need of a triumphal announcement as Mr Morrison.

Remember the UK-Australia free trade deal – our Tim Tams for their Penguins, their Marmite for our Vegemite?

As the mess of Brexit becomes ever more obvious, Boris Johnson has become so desperate for announcements that even reverting to imperial weights and measures has become a possibility.

Aside from British backpackers having an easier time in Australia, there was little in the trade deal for the UK.

Australia isn’t much of a market for Britain’s main exports – with one exception, one that isn’t a subject of free trade agreements.

According to the UK Department for International Trade, the UK is the world’s second-biggest exporter of defence equipment behind the US and ahead of Russia and France. 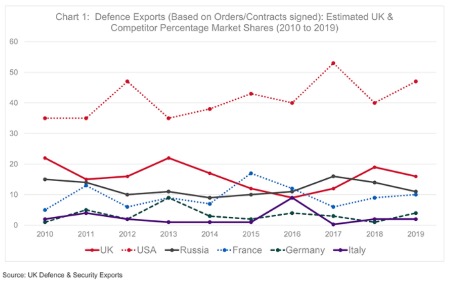 The latest DIT figures show weapons of destruction brought in $21 billion for the UK in 2019 after $26 billion in 2018 – about the value of Australia’s beef, wheat and wool exports combined.

As Barnaby knows, the Australian government never misses a chance to push its key agricultural exports. Ditto the UK government and the armaments trade.

From the Royal Family down through Prime Ministers and, on occasion, their families, the Brits are enthusiastic arms dealers.

The defence industry and British prime ministers tend to be as close as the Australian coal industry and the National Party.

A British company, BAE, is Australia’s biggest defence supplier and, as suggested here on Monday, the lack of permitted markets for BAE’s nuclear submarine technology is a major constraint on sales. My tweets about such a situation were only partly facetious. 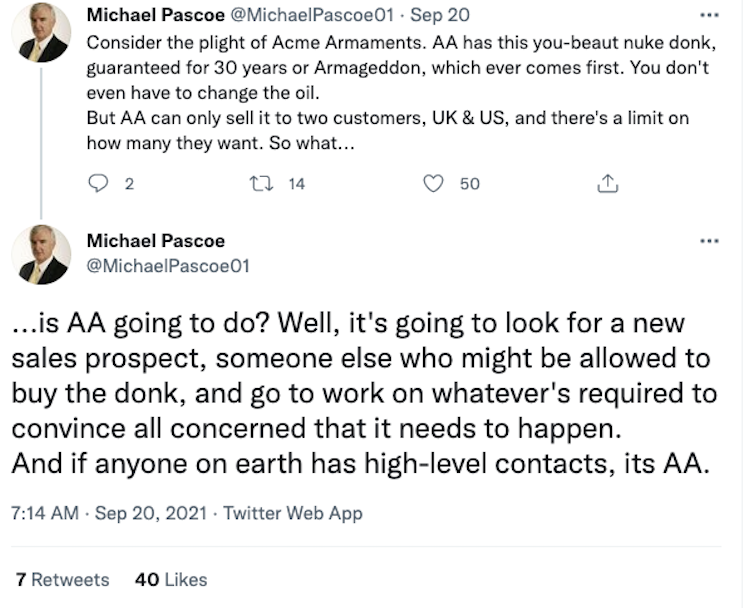 So was Australia buying nuclear-powered submarine’s all Scott Morrison’s initiative – or Boris Johnson’s?

We’ll never know because the “reason we have a National Security Committee is because it’s secret”.

But it’s not a secret any more that we view Iran as a threat. Beware those Persian rugs.