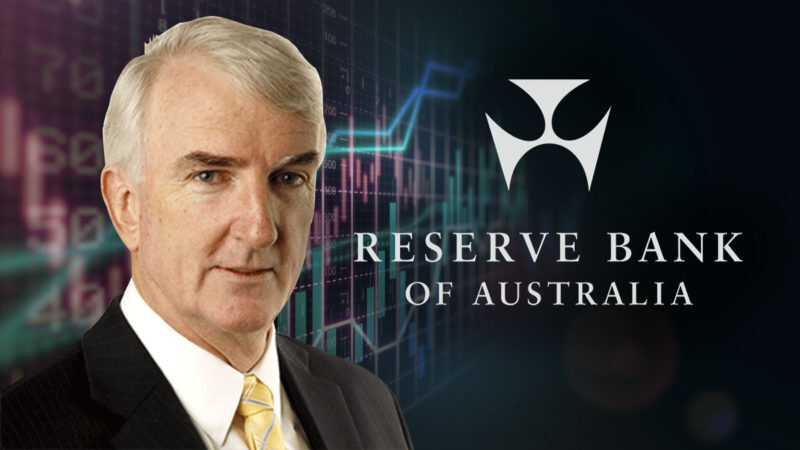 The Reserve Bank governor doesn’t schedule a media conference after a board meeting unless he expects to have something to say. That’s what he’s doing at 4pm today.

Cue money becoming just a little less easy to come by, a signal that interest rates won’t stay this low forever – taper time for the RBA.

After holding its monetary pedal to the metal for the past year, our central bankers have been dropping hints that it’s about to lift off the juice a little.

There’s certainly no sign of touching the brakes yet, but the hell-for-leather, money-for-nothing-and-bonds-for-free stage is closing.

The mechanical details will be explained soon enough – which month will be the target for bond yields/the quantity, if specified, of bond buying/whatever – but it’s the key message that counts: The economy is growing strongly enough to handle it despite the vaccine shambles and recurrent lockdowns.

The bank has already made a gear change by letting its term funding facility close on schedule last week.

That was the $209 billion it was shovelling out to banks, building societies and credit unions for the princely sum of 0.1 per cent interest.

Monetary policy remains stimulatory – nobody is being held back from doing anything by the cost of funds – but the next stage does carry a couple of implications.

Cost of borrowing to rise

One is that, as the RBA buys fewer and eventually no government bonds, the cost of the federal government’s borrowing starts to rise.

At present, the Treasury effectively gets back the interest coupon on the bonds the RBA buys by way of dividends from the bank.

According to Treasury’s intergenerational report, the interest cost on deficits for further than any eye can see will grow to about two per cent of GDP over the next four decades with current policies. 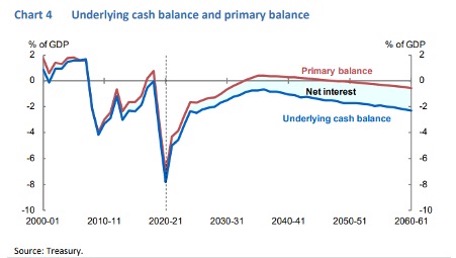 The less certain question is how far the RBA’s confidence in our economy extends.

And the lack of immigration is tightening the labour market, holding out the hope of some real wages growth at last.

It remains an article of Liberal Party faith that, given tax cuts, business will invest wisely and carry us forward. Faith is a very uncertain business.

The RBA is unlikely to be betting too much that we have quickly found the path of sustainable growth.

The necessary big investment decisions aren’t evident and, crucially, neither is there any indication of the government doing the most important thing it can to secure our future: Invest much more in people.

This week began with a provocative report by ABC business journalist Gareth Hutchens, We should thank the unemployed for their service. They’ve been used to control inflation

Unemployment as a tool

Hutchens made a solid point that a level of unemployment has been a conscious government tool to control the level of inflation.

(I’d go a little further and specify that maintaining a pool of jobless and marginally employed people has been a key part of the government’s wages suppression policy.)

“At the same time, successive governments have tightened the screws on unemployment benefits to ‘incentivise’ those unemployed people to look for jobs in an economy where there haven’t been enough jobs to go around by design,” he wrote.

That both the RBA and government demonstrably have had absolutely no idea what the NAIRU might be only makes them look guiltier. When they thought the NAIRU was 5-point-something, it was cruel to punish 5-point-something per cent of the workforce with subsistence assistance.

In wiser times, the RBA didn’t try to hang a number on NAIRU, mainly because it was a number only discoverable after it had been passed.

Monetary policy was pushed as far as it could be with growing caution as unemployment lowered, tightening when signs of inflationary pressure were found.

Internal, discrete models of what NAIRU might be were only of passing interest compared with what was observed happening in the real world.

Rather than use several hundred thousand unemployed and impoverished people for wages control, a more humane and economically superior ambition would be to work to lower the “natural rate” of unemployment by investing in the structural policies, education and training to achieve it.

In the end, that’s all a government can really do for its people – invest in their talent. That’s what ends up improving productivity and lifting living standards.

Alas, the budget papers and IGR show this government’s policy is to reduce real spending per capita on tertiary education and training. That’s the trickle-down faith at work.