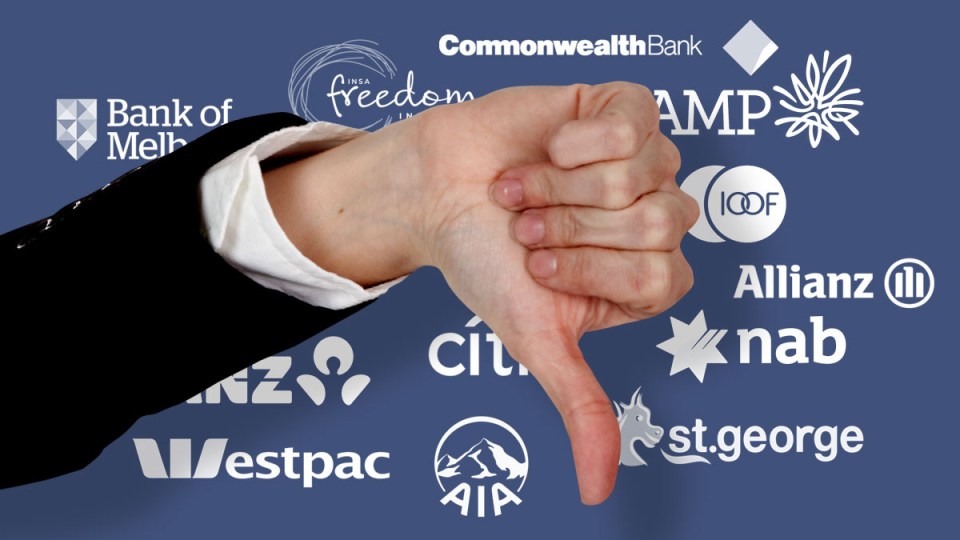 It looks like the Liberal Party is out to score another own goal on superannuation, accidentally plotting the destruction of the underperforming retail super funds it has been furiously trying to protect for a couple of decades.

First it was the Hayne Royal Commission, the government dragged kicking and screaming to establish the inquiry, only finally relenting when someone had a cunning plan to use Hayne QC to knife industry super.

How did that work out? The Royal Commission looked at industry super  (including the minor matter of the founding of The New Daily) and found nothing of concern – as opposed to the malfeasance and/or underperformance of most retail funds.

Undeterred, the rattier end of the government is still trying to stiff industry super.

As reported on Thursday by the Australian Financial Review – another compulsive sniper at industry super – the government is proposing legislation aimed at stymying industry super funds’ growth.

But to quote the AFR: “The new laws clarify the obligations of superannuation trustees to act in the ‘best financial interests’ of members, rather than the current duty to simply act in their ‘best interests’.”

Well there goes the majority of non-industry funds.

If retail funds’ trustees are forced to act in the “best financial interests” of members, they won’t be able to continue to stick members into funds that charge higher fees and for consistently worse performance.

That is not what the retail fund stalwarts in the Liberal Party set out to achieve. Their intent was to limit industry funds’ ability to market their services and combat attacks on them.

It is a sad commentary on what the traditional “free enterprise” party has become that it tries to limit the ability of enterprises to inform the market of their superior performance.

At the same time, the government is perfectly content with inferior super funds charging higher fees to provide profits for shareholders – and Coalition donations.

Let me pause here to remind readers that industry super fund boards are made up of equal numbers of union and employer representatives – yet the AFR’s editor and some of the government’s lesser lights like to pretend they all hail from Pyongyang.

Most of Senator Hume’s pre-parliamentary career was in banking – NAB, Rothschild, Deutsche – but she was briefly a policy adviser for AustralianSuper, an industry fund.

Senator Bragg was a shill for the big banks and retail super funds as “policy director” for their lobby, the Financial Services Council. The then Mr Bragg devoted considerable effort to attacking industry funds which, embarrassingly, kept outperforming his employers.

Mr Bragg continued to campaign against industry super when he moved on to the Business Council, whose prominent members include the big banks.

As we reported earlier this week, Senator Bragg is a fan of letting non-industry fund financial entrepreneurs rip but apparently not a fan of The New Daily.

Before taking over the safe Liberal seat of Goldstein in 2016, Tim Wilson was best known as a stalwart of the neoliberal think tank, the Institute of Public Affairs, and then hypocritically accepting an Abbott government appointment as Human Rights Commissioner – a position he had previously believed should be scrapped.

Since entering Parliament, Mr Wilson’s main achievement has been traducing the House of Representatives economics committee he chairs, using it to run his taxpayer-funded “franking credits” campaign before last year’s election.

For example, his Thursday allegation of  “exposing” the super industry sparked nigh-on 400 replies at the time of writing.

I skimmed the first hundred or so, all seemed to be trashing “Freedom Boy”, as some call him.

He also seeks to weaken superannuation by opposing the legislated  increase in the compulsory super levy and wanting people to access their super early to buy housing.

His super-for-housing Twitter trolling is somewhat bemusing though. I have not seen any evidence of Mr Wilson promoting policies that actually would assist “battlers” achieve home ownership or housing security – such as increased funding of social housing or reform of the current negative gearing and capital gains tax concessions that advantage investors and speculators over would-be owner-occupiers.

A criticism of early withdrawal of super for housing is that it tends to drive prices higher, increasing the wealth of existing owners but defeating the purpose of empowering younger buyers.

Mr Wilson’s register of members’ interests disclose that he and his spouse own five properties, all of them geared. That makes Mr Wilson a little conflicted when it comes to the desirable price of housing.

Crikey’s Bernard Keane and Glenn Dyer have argued that “what is building into the biggest attack on superannuation for decades by the government” has nothing to do with policy:

“As Crikey has explained for a long time, the Liberals spent years trying to tilt the super system against industry super funds and in favour of retail funds that used to be owned by the big banks.

That was driven by the huge donations they received from the banks, and by a hatred of industry super funds.

But as their attempts to help retail super funds blew up in their faces, the Liberals’ hatred of industry super hardened into something even more toxic: a growing resentment of the entire superannuation system and the way that it reroutes power away from them and into the hands of large super funds — industry, retail, corporate and public sector.

The Liberals are terrified of the growing power of super funds and the way funds of all stripes have used it to pursue policies like net-zero emissions targets — contrary to its own business model of taking donations from large corporations in exchange for influencing policy.

If the Crikey political editor and business commentator are correct, perhaps the proposed own goal of the draft legislation, destroying the retail funds, is merely collateral damage in a bigger war.