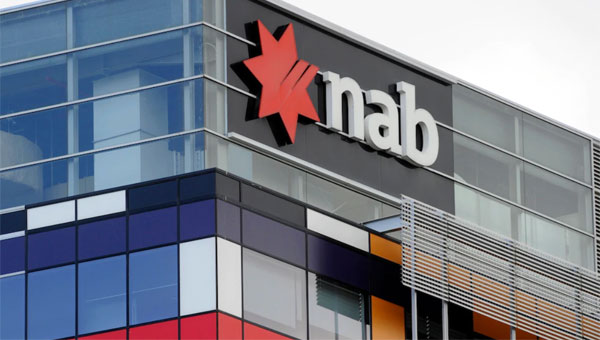 National Australia Bank will pursue raising $3.5 billion in equity from investors to help weather the economic fallout of the coronavirus, as the big four lenders’ profits nosedived in its half-year results.

The bank cut its interim dividend to 30 cents – down from its 2019 dividend rate of 83 cents per share – as it surprised the ASX 200 by announcing the results two weeks earlier than expected.

NAB also reported its half-year statutory net profit was shredded by 51.3 per cent to $1.31 billion, while its cash earnings fell nearly 51.4 per cent.

Among the steepest hits to the bank’s profits include a $1.2 billion increase in money dedicated towards covering future losses from bad debts.

Essentially, this is a preemptive measure to combat an anticipated rise in customers unable to repay outstanding credit because of coronavirus-induced financial hardship.

“There is much uncertainty as to how long this period of dislocation will last and the outlook for recovery,” Mr McEwan said.

“Necessary interventions to contain the spread of COVID-19 are having wide ranging impacts across the Australian and New Zealand economies, with sectors such as airlines, retail trade, hospitality and commercial real estate severely impacted.

NAB last week flagged a $1 billion writedown through software capitalisation changes, an increase in refunds stemming from its fee-for-no-service scandal and a writedown against its 20 per cent investment in wealth manager MLC.

NAB’s interim dividend cut comes as the bank encouraged institutional shareholders to buy up roughly 212 million shares at $14.15 per share – an 8.5 per cent markdown on Friday’s share price.

The bank’s move follows the Australian banking regulator’s open letter to boards earlier this month, cautioning them to suspend dividend payments until there is greater clarity over the health of the economy.

However, Reserve Bank governor Philip Lowe last week gave the majors the green light to pay out reduced dividends and said such measures would be “entirely appropriate” given the current circumstances.

Mr McEwan said the decision to pay a dividend was a balancing act that recognised the bank’s retail shareholders.

“I can tell you retail shareholders will not be happy with a dividend reduction but we believe we have done the right thing,” Mr McEwan said.

“(About) 48 per cent of shareholders do rely on a dividend … at the time of a placement you don’t want the share price dragged down.”

NAB said the $3.5 billion capital raising is expected to increase the group’s Common Equity Tier 1 Capital ratio to 11.2 per cent from 10.39 per cent at March 31.

NAB has also slashed the standard purchase rate on its low rate credit card by 100 basis points to 12.99 per cent as part of its suite of coronavirus hardship measures.

It was the last of the major banks to announce support for its credit card customers, which will apply to both new and existing customers.

NAB earlier this month also announced it would lower credit card repayment thresholds to $5 or 0.5 per cent of a customer’s closing balance (depending on which number is larger).

The bank has also scrapped late payment fees for three months until June.