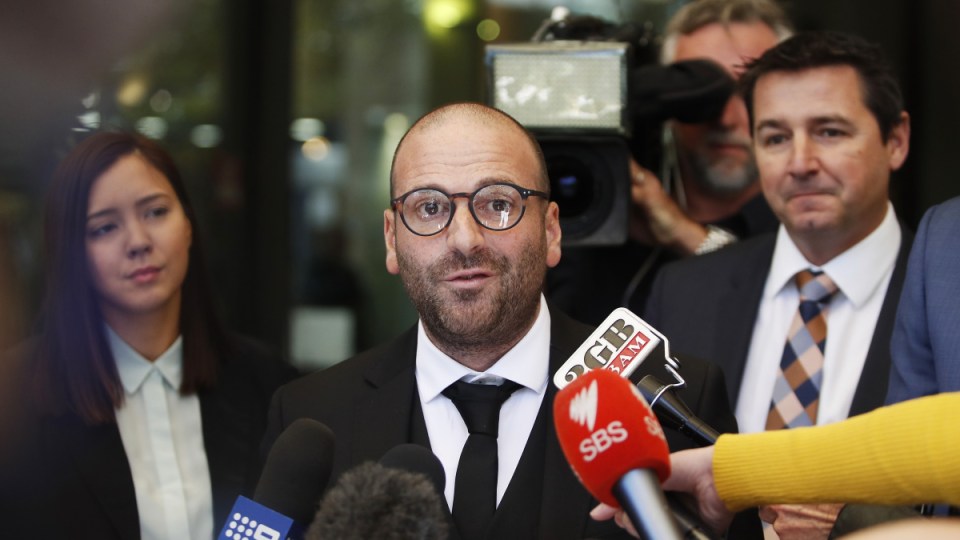 The West Australian government has dumped MasterChef‘s George Calombaris as the face of its tourism campaign after he admitted underpaying his restaurant workers to the tune of almost $8 million.

The Fair Work Ombudsman last week fined the 40-year-old celebrity chef and his Made Establishment company $200,000.

Money has also been back-paid to more than 500 current and former staff.

Mr Calombaris featured heavily in Tourism WA’s television and online advertising campaign “Create Your Own Gourmet Escape in WA”. It first aired in the eastern states on MasterChef during WA Week earlier this month and was due to run until September.

But on Monday, Tourism WA managing director Brodie Carr said the ads with Mr Calombaris had been suspended. The organisation is believed to be the first major sponsor to part ways with the controversial chef since the underpayment scandal broke last week.

Mr Carr said the campaign with MasterChef would continue.

Mr Calombaris is one of three judges on the hit Network Ten show, which is continuing to stand by its star.

“We’ve paused all of our work with George for now and we’re talking to his management about recouping some of our costs that we’ve paid him,” Mr Carr told 6PR radio.

“We’ll continue with the campaign that we’re doing with MasterChef but probably not with George.

“George was just a small element of the whole MasterChef piece.”

Mr Calombaris’s Made Establishment group of companies admitted to underpaying hundreds of current and former employees. The Melbourne-based hospitality group self-disclosed the underpayment at its Press Club, Gazi and Hellenic Republic restaurants.

It will also make a $200,000 “contrition payment” under a court-enforceable undertaking made with the Fair Work Ombudsman.

Mr Calombaris has apologised for his actions, but that has not stopped more than 22,000 people signing a petition calling for him to be sacked from MasterChef.

“George should pay a serious price for this massive theft of workers’ wages,” the petition reads.

Unions have also called on the federal government to address wage theft penalties.

Mr Carr would not reveal how much Mr Calombaris was paid for the Tourism WA campaign.

He conceded that Mr Calombaris’ troubles with his restaurants “possibly” should have come up when he was being considered for the tourism role.

Premier Mark McGowan previously said working with MasterChef for tourism promotion was innovative but would not confirm the reported $1.2 million price tag.

WA Tourism Minister Paul Papalia said on Monday that was a disappointing development.

“What George Calombaris has done is terrible,” Mr Papalia said.

“People should pay their employees what they’re owed and what they deserve, and that’s really disappointing.”