As Foxtel proudly announced a 25-year high in sports subscribers, it’s been revealed the broadcaster was given special treatment by the federal government with a $17.5 million payment.

The cash arrived in July and was designated for broadcasting women’s and niche sporting codes, apparently fast-tracked after a complaint was made by the Murdoch-controlled company.

“In 2020 the power of sport is building brands like no other year. It is not just about ratings, but also the fabulous emotional connection that we get through sports,” Mr Delaney said at a virtual sales event.

“COVID-19 has delivered 2020 in away that we never ever pictured. For brands wanting to grow their business there has never been a better time to be connected with sport.”

Rewind to July: The federal government handed the News Corp-owned company $10 million to broadcast women’s and niche sporting codes, an extension of a previous $30 million grant from 2017.

So does that mean the 500-odd staff across Fox Sports, Fox Footy and Foxtel can have their jobs back now or….? https://t.co/wqndkMPgwd

Freedom of Information documents have now revealed that amount fell to Foxtel after its chief executive complained the broadcaster didn’t get a slice of a $100 million pandemic package dished out to media.

From there, as the ABC reports, the government sought to correct that disappointment: Firstly, a ‘no-tender’ $10 million contract was rushed through, skipping past the 10-day Cabinet assessment rule.

EXCLUSIVE: How the Communications Minister and his Dept sped a multi-million-$ taxpayer-funded 'no tender' grant for Foxtel, smashing usual Cabinet processes. 423-pages of FOI documents – including emails from the PM's office – lay it out. #auspol #ausbiz
https://t.co/qX0DF2oMGZ

This $10 million would publicly be announced as an extension of a former grant. Another $7.5 million already allocated, was also fast-tracked.

Documents obtained through the FOI showed the tick-off for this bypass went all the way to the Prime Minister’s office.

Rupert Murdoch, whose company News Corp owns 65 per cent of Foxtel, has long been known for his influence in politics. 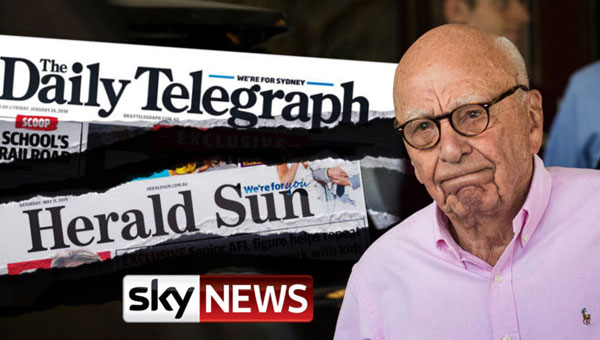 For example, Professor McKnight said, Murdoch does not just support the Right and oppose the Left.

“When Malcolm Turnbull was prime minister, Murdoch very quickly decided that Turnbull had to go,” he explained.

“So, even the sort of ‘small l’ Liberals in the conservative side of politics are not good enough for him and he’ll turn on them as easily as any anyone else.”

While Mr Delaney applauded his company’s sports performance (to advertisers) there’s more to the figures than he presents.

Kayo comes in way under cost than Foxtel’s other offerings (Kayo is about $10 a month versus a basic Foxtel Now subscription at $25 a month, then an extra $29 for the sports pack).

“Not being able to attend could see many reaching for their phones and subscribing to Kayo to get their sporting fix,” Dr C-Scott said.