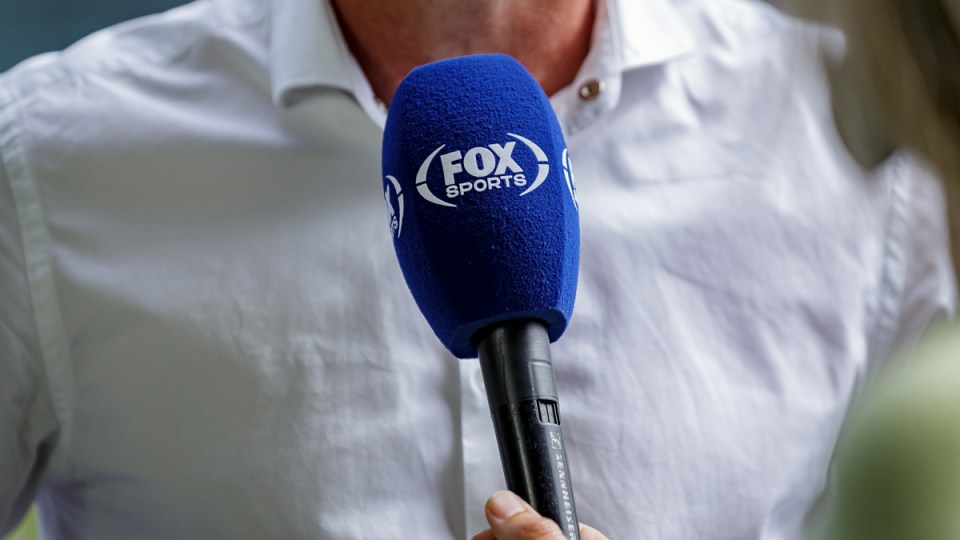 Foxtel will get $10 million to support the broadcast of women’s sports and “niche” competitions, in a move slammed as “the height of arrogance”.

Communications minister Paul Fletcher and sports minister Richard Colbeck announced on Wednesday that the federal government had allocated the sum to Fox Sports, ” to continue its support of coverage of women’s, niche and other under-represented sports”.

Mr Fletcher said Fox Sports had “a strong commitment to broadcasting sports and events that may not otherwise receive television coverage.”

It is an extension of a previous $30 million grant to the broadcaster in 2017. Questions were raised over that decision, after the government declined to answer why and how the funding was allocated and spent.

Mr Fletcher and Mr Colbeck said that in the last year, Fox Sports had broadcast “more than 4,888 hours of content” covered by the previous grant allocation. This included more than 3000 hours of women’s sport, said to be a doubling of the amount shown in 2016.

Foxtel Group CEO Patrick Delany called the program “a game-changer for women’s sport in Australia”, supporting the broadcast of high-level competitions such as the AFLW, WNBL and W-League, as well as rugby sevens, hockey, softball, baseball and lawn bowls.

“Right now, as these codes look to competition restarts following the challenges of COVID- 19, the Commonwealth Government’s support has never been more important,” he said.

But Greens senator Sarah Hanson-Young slammed the funding allocation as “another public hand-out to the Morrison Government’s Murdoch mates.” She claimed it was unfair to send such funds to the pay TV broadcaster, at the same time as the Australian Broadcasting Corporation was being forced to make staff cuts due to an indexation freeze on its funding.

“Giving tens of millions to Fox Sports while cutting funding to the ABC really is the height of arrogance,” Senator Hanson-Young told The New Daily.

Labor MP Brian Mitchell claimed it was “rubbing the ABC’s face in it”.

Gee, they're just rubbing the ABC's face in it now. NO SOUP FOR YOU!

The New Daily has contacted Mr Fletcher’s office for further information on how the funding was allocated, and whether the ABC or SBS were eligible to apply for the funding.

A Foxtel spokesman told The New Daily that Fox Sports’ use of the money in the 2020 financial year “will be the subject of a report to the department shortly” and that it was “currently working with codes on FY21”.

“The program announced today covers FY22 and FY23 and is subject to agreed performance criteria in the same way the initial funding was,” the spokesman said.

“Today’s announcement raised taxpayer funding of Fox Sports to $40 million over six years, but provided no further transparency about these hand-outs, about which serious questions remain,” the Labor pair said, asking about the application process and which sports would be supported.

“At a time when Australia is in recession, many households are facing unemployment and money is tight, $10 million would go a long way to supporting sports coverage to which all Australians can see for free.”

“Any support for the broadcast of women’s sport should be going to the public broadcasters which fans can watch for no further cost,” she said.

“Australians were outraged by the last $30million handed out under this program and will be disgusted the Morrison Government has seen fit to hand out even more cash to Murdoch.”

“The PM needs to reverse the funding cuts to the ABC. He can easily find the first $10million by taking it back from Murdoch and putting it where it will be the most benefit to broadcasting and promoting women’s sport and where fans can actually watch it without forking out more money.”

If we're serious about growing coverage of women in sport, it should be on FTA, not pay TV.

What happens when Foxtel doesn't get Government handouts to continue showing these sports?

There's no fostering of sports by a business to help them grow here. It's unhealthy. https://t.co/2Ygjch2vYN

Also – not sure putting underrepresented sport behind a pay wall is productive in driving viewership/participation/health outcomes. Seems like a task for a properly funded ABC? https://t.co/nDwGxXJ3YH

Several ABC staff also tweeted they were perplexed with the decision, saying that promoting such sports could be a job for a public broadcaster.

$10 million for Fox Sports slammed as ‘handout to Murdoch mates’