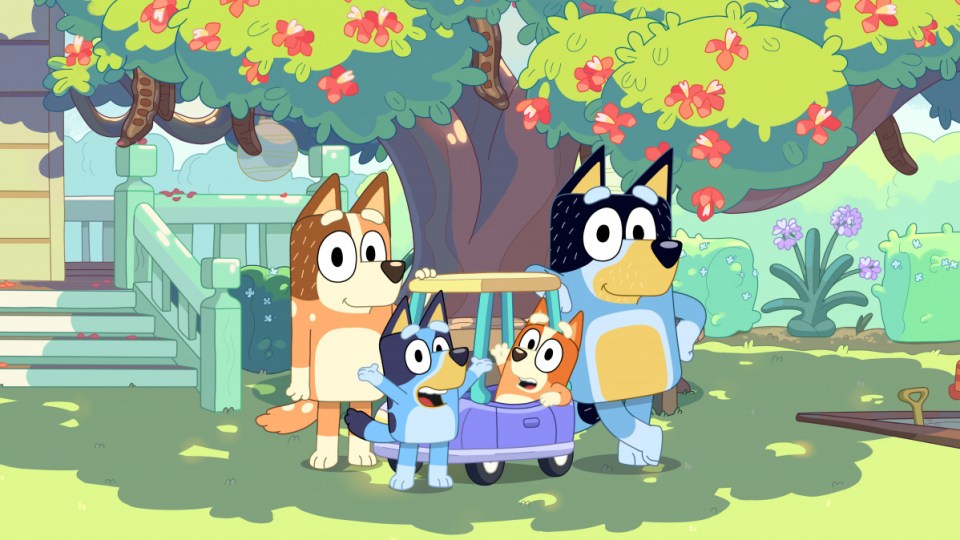 The Brisbane-made show has been a global smash hit with kids. Photo: AAP

The ABC has pulled two episodes of its children’s TV favourite Bluey amid allegations of racism.

The broadcaster said a viewer had complained about an episode of the animated hit that used the term “ooga booga” – a term the complaint said had “racial connotations and a problematic history for Indigenous Australians”.

The words were also repeated in another episode of the show.

Bluey, which shares the antics of two Blue Heeler sisters called Bluey and Bingo, and their hands-on parents Bandit and Chilli, has been a smash hit for the ABC since it debuted in October 2018.

By December 2019, it had had more downloads on ABC’s iView than any other TV series (150 million and rising). It has also been picked up by Disney in the US (for the Disney Channel and Disney+), broadcasts in the UK and New Zealand and is set to screen in China (in Mandarin).

The ABC said both episodes that featured the offensive term – one called “Teasing” and the other “Flat Pack” – had been removed from iView.

But the move left some viewers mystified.

“Am I missing something? What is wrong with Ooga Booga? Disney is absolutely being ridiculous,” one fan wrote on Reddit.

“Can someone explain to me how ‘ooga booga’ is racist?” asked another fan on social media.

But at least one respondent to a Bluey fan page on Facebook backed the move.

“I know to many you just see this word as ‘caveman speak’, or in the harmless way the writers clearly did too,” they wrote.

“But not everyone sees it that way. Including me. I’m in my 40s, and I well remember a time growing up in Western Sydney where the phrase ‘ooga boogas’ was used conversationally to describe a dark-skinned person. It was used in social circles, in movies or TV depicting black indigenous people as ‘uncivilised fools’.

“I personally balked at hearing it used in ‘Teasing’, but never said anything because I thought it was maybe just me.”

That prompted a grateful response from other Bluey fans.

“Learn something every day, banning this word in our house now! Well done to OP/ABC/Bluey team for standing up and doing something about casual racism and educating us,” one parent wrote.

“Oh dear god my children say it all the time thanks to show! I honestly believe, once you know, you do better!” said another.

The ABC said it would rework both episodes before they were broadcast again. “Flat Pack” is back on iView, while “Teasing” will return in September.

ABC kiddie favourite Bluey gets caught in a ‘racism’ storm