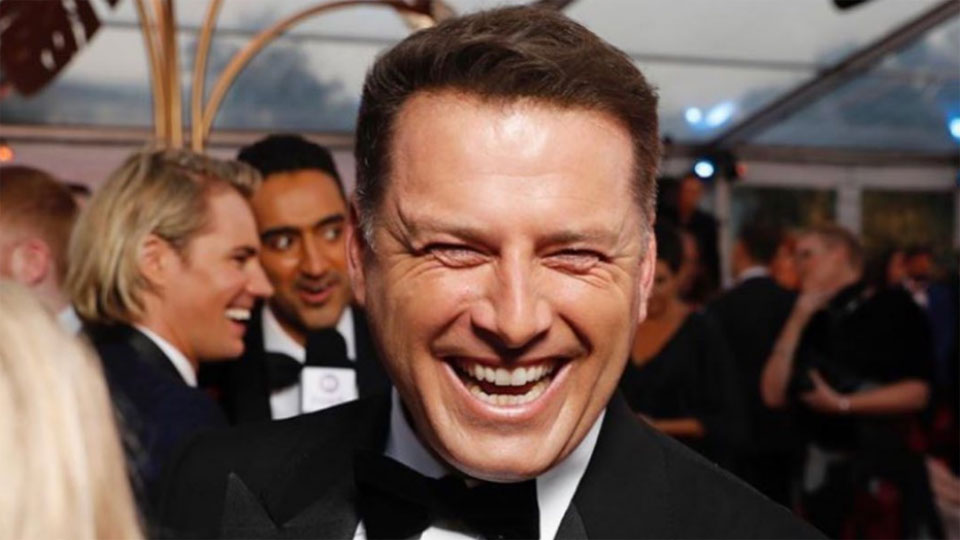 Karl Stefanovic made an on-camera cameo at the June 30 Logies and looked to be having a blast. Photo: Instagram

Karl Stefanovic is reportedly in discussions with Nine about taking back his old seat on the Today show next year, even if it means taking a hefty salary cut.

On Thursday the network fended off questions about a possible Lazarus comeback by Stefanovic, with a spokesperson telling The New Daily Nine wouldn’t be commenting.

On Thursday morning, a suited and smiling Stefanovic, 45, drove from his Mosman home to Nine’s Sydney headquarters and headed inside.

The former golden boy didn’t say anything about a November 6 report in The Australian that Nine chief executive Hugh Marks wants him back on Today next year.

Said Stefanovic, who was spruiking a charity cricket match, “If they want to pad me up and send me in I’m ready to go in and we’ll have a win.”

This isn’t the first time it’s been said the father-of-three is being courted for a breakfast TV revival. In June, Woman’s Day claimed he was in “secret negotiations” with Nine.

But back then his own camp slammed the claim as “completely false” and Nine was also blunt about their fallen-star-turned-comeback-kid: “It’s not true.”

Nine was also vocal in September about a Daily Telegraph report that it is hoping to lure Ten’s The Project star Carrie Bickmore to co-host Today with Stefanovic in 2020.

The network called the story “fantasy” and said it “has not approached, and does not intend to approach” Bickmore about joining Nine.

“She does not factor in our plans for the future,” said Darren Wick, the network’s director of news and current affairs, in a statement provided to The New Daily.

This time around, there’s silence about Stefanovic.

He was axed in December 2018 days before his Mexican wedding to shoe designer Jasmine Yarbrough after public controversy including a nasty divorce and ‘Ubergate’ saw him on the nose with viewers.

Nine paired Stefanovic’s co-host Georgie Gardner with Deb Knight in Australia’s first all-female breakfast TV partnership but the show has continued to struggle in the ratings.

It hasn’t beaten Seven rival Sunrise all year, and on November 1 drew a five-city metro audience of just 155,000.

Stefanovic, meanwhile, has been cooling his heels on passion project This Time Next Year and the odd appearance on 60 Minutes – including a controversial segment on Meghan Markle – all while still collecting his reported $2 million a year salary.

According to the unconfirmed reports, he may have to cop having “hundreds of thousands” shaved from his salary if he wants back into Today.

The same reports tip him to be paired with Weekend Today host and 60 Minutes’ regular Allison Langdon in the revamped Today.

The speculation comes a day after Nine similarly refused to talk about buzz its Today Extra host Sonia Kruger is planning to defect back to her old stomping ground at Seven.

Kruger’s defection was claimed as fact by The Daily Mail and backed up by TV Blackbox. Both outlets said she has accepted a “seven-figure” three-year deal that could see her host a revamped version of Big Brother.