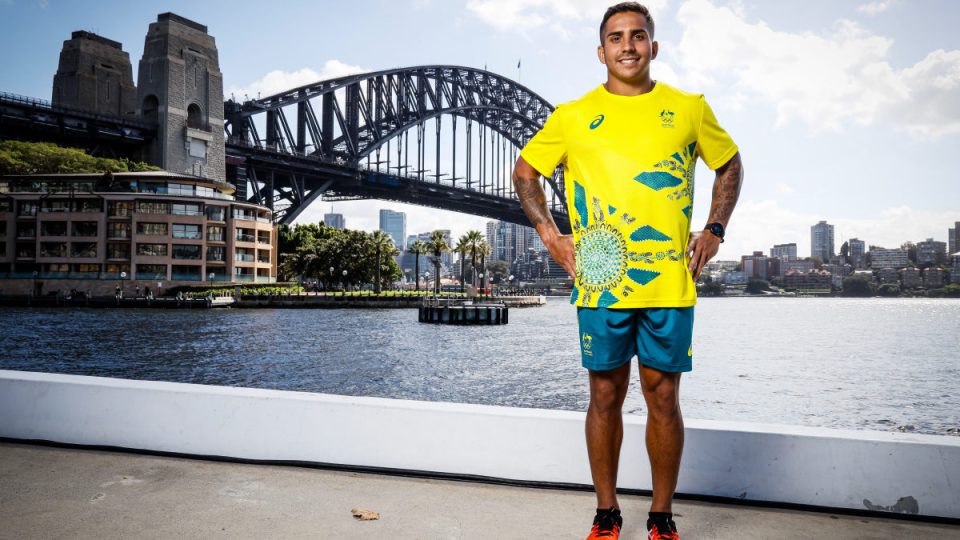 People lost their minds this week when photos of the Canadian uniforms for the closing ceremony at the upcoming Tokyo Olympics were released, which revealed Levi’s denim jackets, spray painted with ‘Tokyo inspired’ graffiti worn with white jeans and a t-shirt.

I want to be kind, but it’s a shocker, like something you’d find at Paddy’s Markets.

Apparently, the ensemble is a “twist on the iconic Canadian tuxedo,” according to Team Canada’s website, a nickname that describes the wearing of “double denim”. Irony often doesn’t work in real time

Olympic uniforms are hard to get right – so many body types to consider, whole countries glued to the screen.

There are nations such as France and Italy that always look fabulous, but that is because they general stick close to traditional tailoring, chic blazers and well-cut pants, tres sportif parkas in classic colours.

The US are often dressed by Ralph Lauren and I think the designer knocked it out of the park this year. The spectacular images of the US Olympian team in cool white rain slickers with navy hoods, jeans and polo shirts with red, white and blue webbed belts could run as a global fashion campaign, especially given that athleisure has become fashion’s most dominant trend.

I always love the countries that proudly display elements of their national dress, something Australia struggled with as we veer between awful ‘ironic’ short sleeved shirts by Mambo (closing ceremony 2000), some pretty dreadful green blouson Back to the Future jackets in 2004, or just trying to work miracles with the heinous colour pairing of green and gold. We have also had some very nice, classic blazer and tie dressing via Sportscraft in the last few years – very presentable, but maybe a tad old school “switch on the wireless” in their conservatism.

Our green and gold uniforms by Asics this year have benefited from the addition of Indigenous artwork – commissioned by the Australian Olympic Committee from Beijing 2008 Olympic boxer Paul Fleming – which features on one of the team shirts.

Called ‘the 52 steps’, it depicts steps winding their way to a circular meeting place, representing the number of Australia’s Indigenous athletes who have competed at the Olympics previously.

But in the past, we have flirted with using our national symbols – with wildly differing results. I don’t know what the athletes thought about wearing Prue Acton’s koala and emu dress back in 1984, (Robert De Castella looked pretty fab in his kookaburra emblazoned shirt, to be fair) but I am giving that nutty collection a big seal of approval now that we are nearly 40 years out on the other side.

Robert de Castella and Michelle Baumgartner in the Australian uniform for the 1984 Los Angeles Olympics pic.twitter.com/CtBCnvYMP1

Prue also designed some gorgeous tanks, high-cut shorts and track wear for the 1984 Olympics that would look perfect right now. I would also like to draw attention to Ron Clarke and Pam Kilborn’s very cool tracksuits in 1964, which I’d suggest we just bring them back, because they are completely on trend.

Let’s face it, we are not judging these amazing athletes on their fashion. Let everyone and every country have fun with it, embrace their cultures and go crazy. It’s going to be hard to beat the shirtless and oiled Tongan athlete and flag-bearer Pita Taufatofua (2016) anyway.