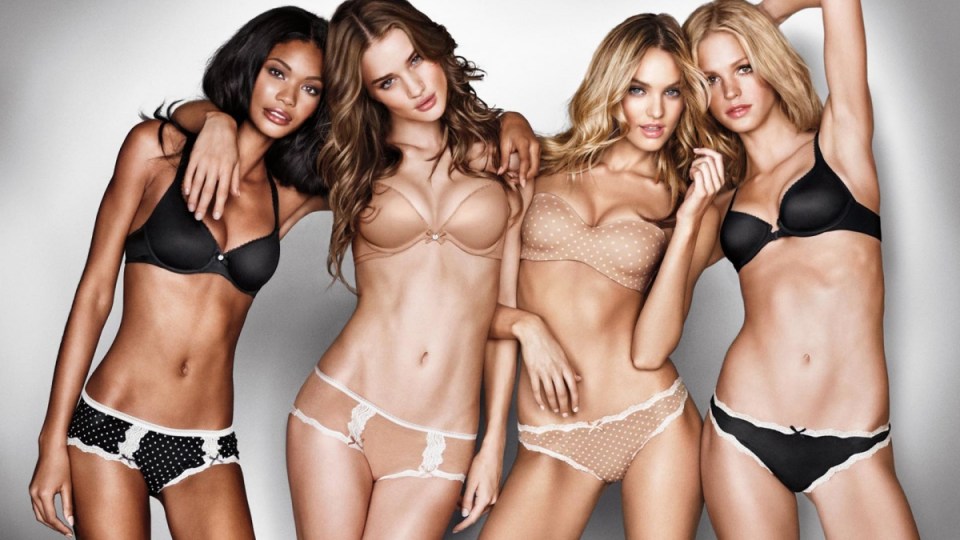 "Models are thinner than you think they are". Photo: Getty

An anonymous former staffer has revealed the surprising alterations made to images of Victoria’s Secret (VS) models before they are deemed magazine-ready.

One of the more shocking revelations to come out of the Refinery 29 exposé is that VS stars such as Rosie Huntington-Whitely and Alessandra Ambrosio are regularly Photoshopped to appear less thin.

“Models are thinner than you actually think they are, and we retouch them to look rounder,” the Photoshop artist, known only as ‘Sarah’, said.

Sarah also revealed the complicated process of giving models cleavage, the problem with “blue feet” and the reason we’re all to blame for the unattainable VS image.

‘They all have size As’

Sarah said the process of achieving a perfect cleavage begins on set.

According to the now part-time Photoshopper, most VS models have A-cup breasts and receive more than a little help to reach the heights we see them.

She said models have “chicken fillets” and “body-shapers” added to their bikini or underwear, helping to shape and lift their body parts.

“If you hold up the bathing suit in your own hand, it’s so heavy because they have all this shit sewed into it,” she said.

Then comes the technology

Everything from nipples to underarm stubble is erased during the post-production process.

Often, models wear push-up bras underneath their bikini during a shoot – these get erased also.

Sarah said underarm, feet and hand alterations were a ‘must’.

“Everyone has blue hands and blue feet [when they have their photo taken]”, she said, referring to the way our extremities appear on film.

And apparently no matter how close you shave your underarms, there’s a shadow that needs to be erased.

Sarah said a number of models she worked with stopped bothering to shave at all.

“They come to these photo shoots and they have their arms up in the classic beach pose, and they have, like, hairy armpits,” she said.

“They all have stubbly pubes – all the normal stuff [non-models have].”

Another revelation was the practice of ‘swapping’ body parts for another person’s altogether.

Sarah revealed that if a model posed in an “awkward position”, it’s cheaper to replace the arm than to reshoot.

Another common practice was “adding meat to the bones” – achieved by rubbing out protruding ribs and sharp hip bones, and by plumping up bottoms.

Giving the people what they want

Perhaps Sarah’s most depressing disclosure was the role the public plays in the unachievable VS look.

“The reason people retouch bodies is because they’re just trying to sell you something,” she argued, noting that VS had trialled alternative body types, with little success.

“One time, during a swim season, they had these two girls come in that had abs and thick thighs and busts,” she recalled.

“They were really toned and their skin was amazing.

“But they didn’t sell anything and so they stopped using those girls.”