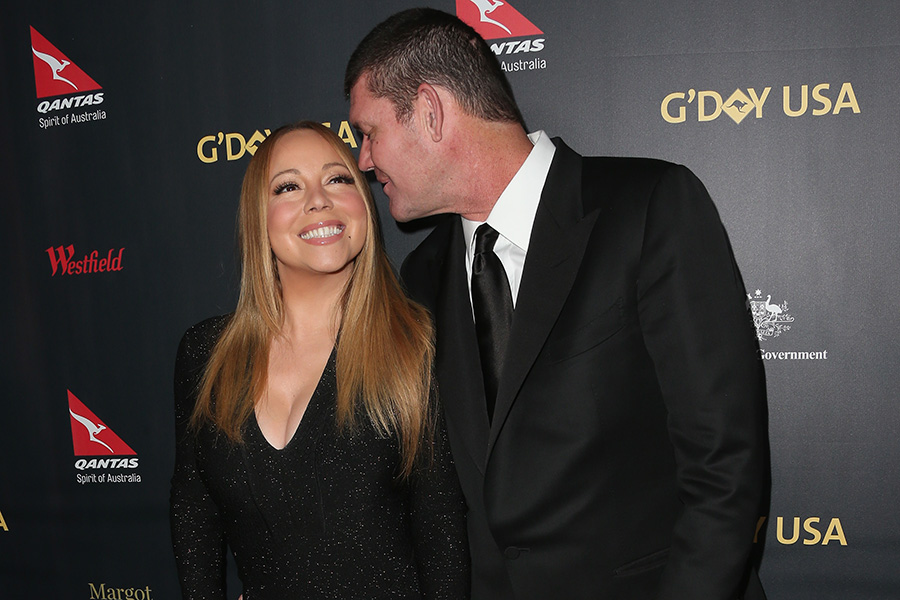 Singer Mariah Carey has a net worth of US$520 million and it turns out she’s wearing a significant proportion of it on her left ring finger.

When James Packer proposed to the 45-year-old mother of two he did it with a ring worth more than some waterfront houses in Sydney (and that’s saying something given the current property situation in Australia).

“This is a very special ring, as a 35ct diamond is incredibly rare. There is a very small production of significant size rough diamonds mined globally each year that could be cut and polished to a finished carat weight of 35cts and above, so the rarity of such a large stone adds to value.

“While we don’t have all the specs about this diamond, to get an idea of value, we can look to recent diamond sales of similar size. In New York in December 2015 there was a sale of a 38.27ct Square Emerald Cut diamond ring for the value of US$4,058,000.”

For Packer, who is worth an estimated US$4.5 billion, the sparkler would barely have made a dent in his bank account.

Carey publicly debuted her giant rock on the red carpet at the G’Day LA Gala in Los Angeles on Friday, blinding those close to her and prompting many to question how she continues to lift her left hand up.

Two people who may be especially shocked by the ring are Packer’s ex-wives Jodhi Meares and Erica Baxter.

Add the US$4 million value of Carey’s rock to the US$250,000 a month she and Packer are reportedly paying to rent a new California love nest and you’ve got one very expensive union indeed.

When your clothes match the decor

There’s nothing more embarrassing than when you wear the same outfit as your accommodation.

This bizarre coincidence happened to one woman, who checked into a hotel only to realise she had dressed exactly the same as its decor.

The hilarious photo was shared to Reddit by user Wickensworth with the caption: “So my friend checked into a random hotel, and then this happened.” The weirdest perfume bottle ever

Ever had the overwhelming urge to spray Windex on yourself?

Now you can! Well, sort of. Moschino’s new Fresh Couture Eau de Toilette comes in one of the strangest perfume bottles we’ve seen in a long time.

Shaped like a mini glass bottle of Windex, it’s barely distinguishable from the real thing which has caused widespread confusion.

If you encounter one of these deceptive bottles in real life, there’s a way to tell the difference: while the real Windex sprays through a pump, the fake Windex requires you to take its lid off to access the fragrance inside. ‘I am not afraid’: The modern unknown soldier risks it all in Ukraine
Greens sign up for Labor’s looming jobs-and-skills summit as Liberals stick with boycott
Joe Biden’s $430b green victory for the environment
China cementing its Thailand ties with joint military exercises
NRL: Titans frantic to end 10-game losing streak as Manly showdown looms
AFL: Western Bulldogs cling to finals hopes after GWS thriller
Our guide to what to wear at every age
Today's Stories