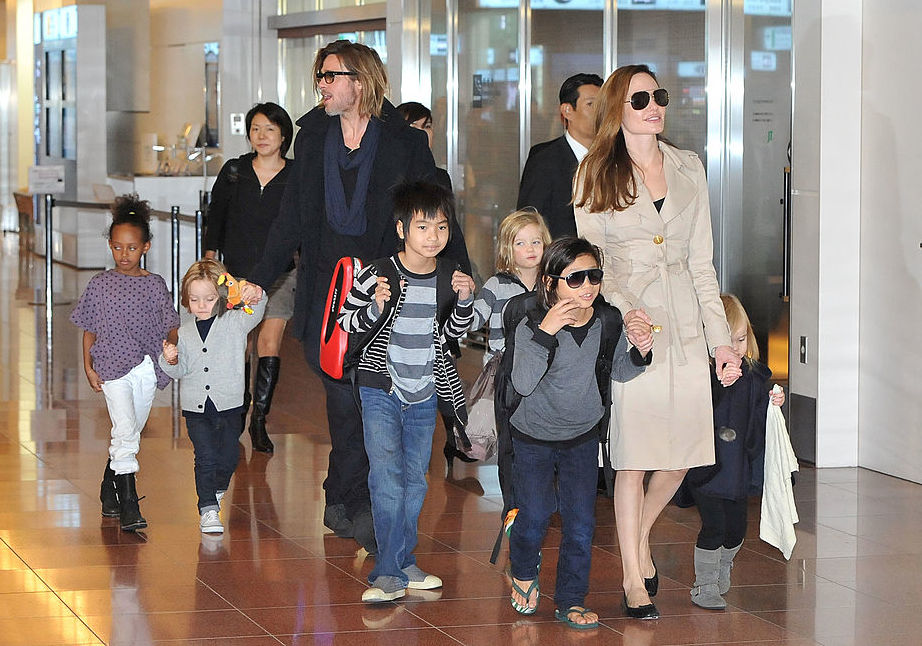 They’re the children of Hollywood’s biggest stars, so it makes sense the Jolie-Pitt clan would grow up to be gorgeous, sophisticated and unique mini adults.

The family consists of the couple’s three adopted children – Zahara, 11, Pax, 12, and Maddox, 14 – and their three biological children – Shiloh, nine, and twins Vivienne and Knox, seven.

Shiloh, Brad and Angelina’s first child together, was assigned female at birth but identifies as a boy and prefers to be called John.

All of the kids minus the eldest, Maddox, made a rare public appearance at the Los Angeles premiere of their mum’s new movie, Kung Fu Panda 3.

As a refresher, here’s what they all looked like in 2010:

And here’s the gang just this week: The twins have undergone the most major transformation, having been shielded from the media since their July 2008 birth. Jolie’s first child, Maddox, has also grown up from cheery-faced baby to a dashing young man.

Given the immense success of their parents, we look forward to seeing where these kids end up career-wise.

Women are making themselves look hungover on purpose

Most of us spend the morning after a night out trying not to look like we’ve consumed more standard drinks than advised and slept far less than the suggested eight hours.

However, over in Koreaa new trend has started and it’s all about looking completely exhausted.

Aegyo sal, which loosely translates to ‘charming fat’, involves accentuating the deposit of skin underneath their eyes to make the eyes look bigger and mouth youthful.

While most are using makeup to create the desired effect, some cosmetic surgeons have reported women enquiring about using fillers under their eyes. If you need guidance, the #aegyosal hashtag on Instagram has a wealth of inspiration. Will Forte falls into the latter category. The actor has shaved half of his beard off for a mysterious project and it’s quite the sight to behold.

It’s likely the 45-year-old’s makeover is for his hit show The Last Man on Earth but for now all he will reveal is that the look extends to his entire body. The whole lot.

Look out, Brangelina’s kids are all grown up