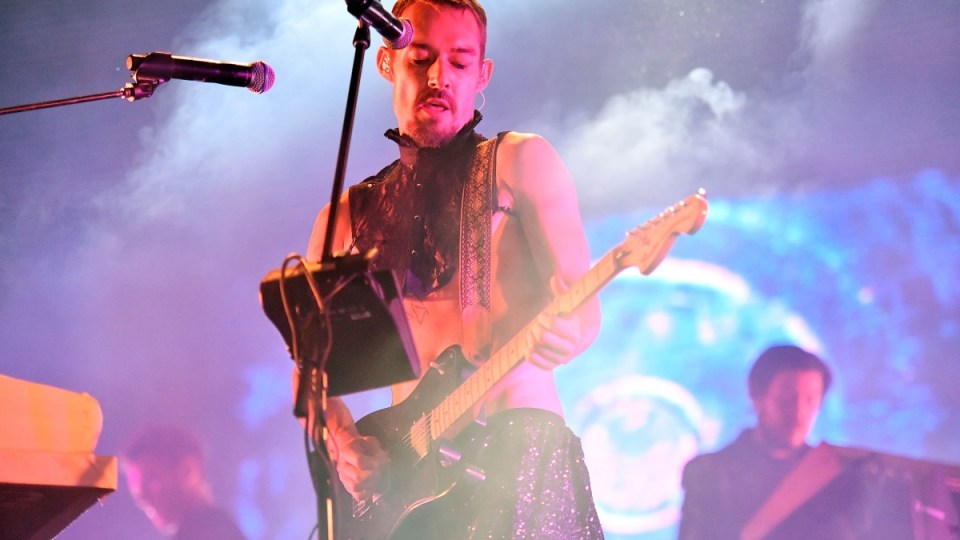 Daniel Johns has informed fans on social media he has checked himself into a rehab facility. Photo: Getty

Former Silverchair frontman Daniel Johns was allegedly three times over the legal limit when his car crossed to the wrong side of the road and crashed into a van in the NSW Hunter region.

The ARIA Award-winner was charged with high-range drink-driving after the collision on Wednesday night.

Johns later said in an Instagram post he had been struggling with panic attacks and mental health issues and would be going to a rehabilitation facility.

Johns, 42, went public with his recent struggle with substance abuse on Thursday, sharing in a statement that he had been “self-medicating” with alcohol to deal with his mental illnesses.

He said his breaking point came when he “got lost while driving”.

“As you know, my mental health is a work in progress. I have good days and bad days but it’s something I always have to manage,” Johns wrote.

“Alongside my therapy, I’ve been self-medicating with alcohol to deal with my PTSD, anxiety and depression. I know this is not sustainable or healthy.

“I have to step back now as I’m self-admitting to a rehabilitation centre and I don’t know how long I’ll be there. Appreciate your love and support as always.”

NSW Police said a grey SUV drove out of a service station on the Pacific Highway at North Arm Cove about 10.30pm on Wednesday.

A short time later, the northbound SUV collided with the southbound van after the SUV moved onto the wrong side of the road.

Both vehicles ended up on a nature strip.

Paramedics assessed Johns, 42, at the scene and he returned a positive roadside breath test to police.

He was later allegedly returned a second breath test of 0.157, more than three times the legal limit.

The van driver, 51, and his female passenger, 55, were treated at the scene and the passenger was taken to John Hunter Hospital before being released.

In his Instagram post, Johns said he had started experiencing panic attacks in recent days, and admitted he was involved in a car accident on Wednesday night.

Johns said he got “lost” behind the wheel, but assured his fans he was OK, as was everyone involved.

Fans and music industry colleagues were quick to lend their support to Johns after his Instagram post on Thursday.

Among them was former wife Natalie Imbruglia.

“Love you so much. You’ve got this,” she wrote.

Imbruglia and Johns were a couple for more than a decade, and married for five until they split in 2008.

Others to add their support included American songwriter Zach Myers, Jessica Origliasso of the Veronicas, and actors Kenny Caperton and Benjamine Ayres.

Johns has long advocated for mental health awareness and getting help with mental illness.

In 2016 the former Silverchair frontman admitted he had battled crippling stage fright and a “serious” anxiety disorder for 15 years — since the band’s debut album in 1995.

Johns, who was just 15 when Silverchair’s wildly-acclaimed Frogstomp album was released, found himself and his band thrust into the global spotlight.

Their music skyrocketed onto the domestic and international charts and their grudge look and enigmatic sound captured audiences around the world, with songs, including Shade and Suicidal Dream, addressing mental health issues and seeking help.

However, the instant rise to fame sparked what Johns described as a “pretty serious anxiety disorder”, and that he did not know to cope with it.

In 2021, Johns gave insight into his often-private life as part of a Spotify podcast documentary where he discussed the price of fame and further revealed his battle with anxiety.