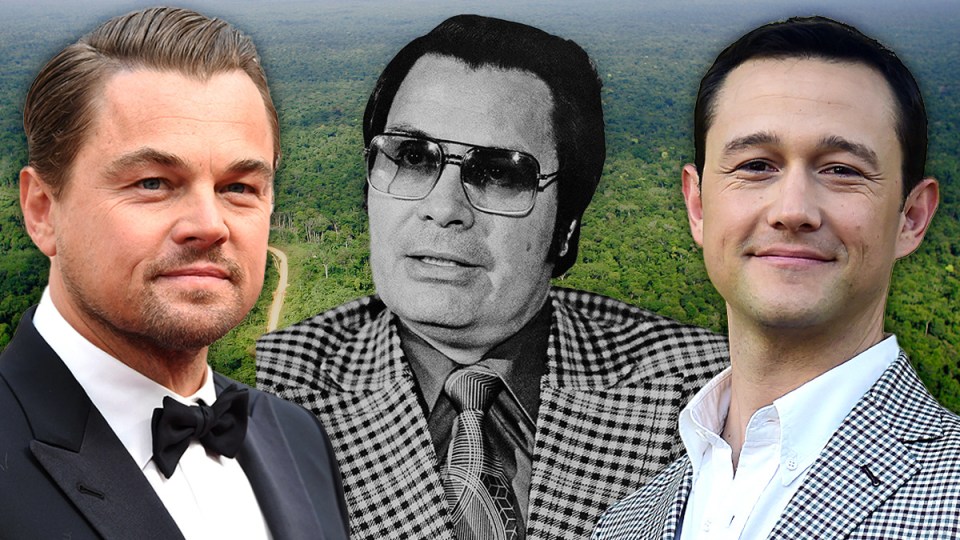 Two Hollywood films about the 1978 Jonestown Massacre have been announced in the space of three months. Photo: TND

In the space of just three months, Hollywood has announced two films about 1970s religious cult leader Jim Jones, the man behind the Jonestown mass murder-suicide of hundreds of his followers almost 50 years ago.

It came after social media went into a mini-meltdown on November 8, divided over whether Oscar winner Leonardo DiCaprio, 46, should play Reverend Jones in upcoming biopic Jim Jones, or whether the genocide should be left well alone.

By all accounts, both films will approach one of the most infamous crimes in American history from different angles, but the 1978 tragedy will be at their core.

Cult leader Jones coerced his followers into taking their lives – he called it “revolutionary suicide” – after an investigation into his Guyanese commune ended in the murder of US congressman Leo Ryan on November 18, 1978.

Following the shooting, a total of 909 members of Jones’ ‘Peoples Temple’, including 304 children and infants, drank from a vat containing a mixture of cyanide, valium and sleeping pills that had been blended with grape-flavoured soft drink.

Jones was found with a bullet wound to his right temple. It appeared to have been self-inflicted.

White Night based on memoir of female survivor

The best-selling memoir chronicled her life inside the People’s Temple [founded in Indianapolis in 1955], a seven-year period before she travelled to Jonestown in Guyana, the so-called promised land nestled deep in the South American jungle that Jones established in 1974.

Layton, 68, writes about knowing something was “seriously wrong” as she was eyewitness to Jones speaking about a “revolutionary mass suicide”.

She escaped the cult in May, seven months before the mass murder in November, and tried to alert US authorities before it was too late.

Its chief executive officer Amy Nauiokas said in a statement that “it formed the foundation of our mission to help give voice to the stories it was time to hear”.

So why make another film?

“Debbie’s incredible journey with the People’s Temple deserves an audience across generations. It should serve as warning about the power a certain type of charismatic leader can have and the very real lessons to be learned from our history.”

Co-producer FilmNation’s president of production, Ashley Fox, said when they first read scriptwriter Bill Wheeler’s adaptation, “it was seeing this infamous story from Deborah’s point of view that unlocked it psychologically and dramatically”.

“Entering Jim Jones’ magnetic orbit through the eyes of an idealistic, passionate young woman reminded us that anyone can fall victim to extremism, given the right circumstances,” Ms Fox said.

“Anne’s urgent, thrilling vision for the film will make White Night a propulsive, immersive experience for this moment, while being the definitive portrayal of this timeless story.”

Reviews on Layton’s website at the time the book was released say the book remains relevant, as it tells the story of a rebellious teenager who can fall under the spell of a “charismatic charlatan”.

Entertainment Weekly said it was a “fascinating account of a debacle that continues to resonate” and the UK’s The Sunday Times said it was
“a mesmerising account, honest, thoughtful, beautifully written. Reads like a thriller.

“[It] may be the nearest anyone will come to understanding why.”

Meanwhile, the November announcement that multi-award-winning Hollywood icon DiCaprio (Don’t Look Up, Once Upon A Time In Hollywood) would play Jones received mixed reactions.

His inclusion suggests the film will differ from White Night by focusing more on the mass murderer than the survivors.

“Absolutely disgusting that someone would want to make a movie about this. Hundreds of people died including babies. No need to make it into a film! Have you people got nothing else to make a film about now!!” wrote one at the time.

Another said: “I very much look forward to DiCaprio’s performance as Jones.

“He has all the talents to bring to life such an enigmatic, maniacal, and deranged individual the likes of Jones. The role may very well deliver his second Academy Award.”

Why Hollywood is making another film about the Jonestown Massacre