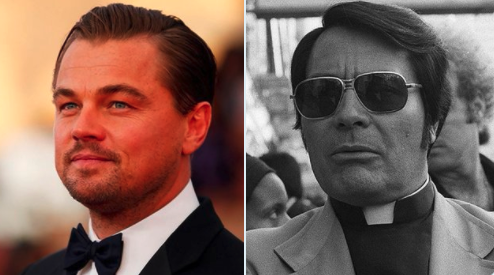 Academy Award winner Leonardo DiCaprio is set to star in feature film Jim Jones, portraying the 1970s religious cult leader who was behind the Jonestown mass murder-suicide of hundreds of his followers almost 50 years ago.

On November 9, Hollywood entertainment website Deadline reported that MGM “has secured a deal for the feature film”.

And while it had not been formally announced the Oscar winner will play Jones, his production company Appian Way is behind the project.

Cult leader Jones coerced his followers into taking their own lives – he called it “revolutionary suicide” – after an investigation into his Guyanese commune ended in the murder of US congressman Leo Ryan on November 18, 43 years ago.

Following the shooting, a total of 909 members of Jones’ ‘Peoples Temple’, including 304 children and infants, drank from a vat containing a mixture of cyanide, valium and sleeping pills that had been blended with grape-flavoured soft drink.

Jones was found with a bullet wound to his right temple. It appeared to have been self-inflicted.

DiCaprio ‘has the talent’

By all accounts, the announcement has caused a stir among DiCaprio’s fan base, and those who remember the horror of that chapter in US history.

“Absolutely disgusting that someone would want to make a movie about this. Hundreds of people died including babies. No need to make it into a film! Have you people got nothing else to make a film about now!!” wrote one.

Another said: “I very much look forward to DiCaprio’s performance as Jones.

“He has all the talents to bring to life such an enigmatic, maniacal, and deranged individual the likes of Jones. The role may very well deliver his second Academy Award.”

“I wouldn’t be surprised if DiCaprio won a second Best Actor Oscar for his portrayal of Jones in this film. Jim Jones seemed to be a complex figure; tormented and maniacal. If this film’s script is on par with the acting talent, it will be destined for stellar success,” said another.

As an actor and producer, DiCaprio’s movies have grossed more than $7.2 billion ($9.8 billion) worldwide.

According to Deadline, since its launch, Appian Way has released a swag of films including Alejandro González Iñárritu’s three-time Academy Award and Golden Globe winner The Revenant and Martin Scorsese’s Academy Award- and Golden Globe-nominated The Wolf of Wall Street.

He also played Howard Hughes in the Academy Award-nominated and Golden Globe-winning The Aviator.

DiCaprio made his film debut in 1991 in low-budget horror flick Critters 3 before being handpicked by Robert de Niro out of 400 boys in This Boy’s Life a year later.

From starring in What’s Eating Gilbert Grape opposite Johnny Depp to a meteoric rise as Jack Dawson in Titanic, DiCaprio became the most sought-after actor in Hollywood, working alongside some of the best directors and stars in the business.

Most notably, working with DiCaprio, who plays a fading TV star in Once Upon a Time in Hollywood, the acclaimed film director Quentin Tarantino told Deadline in 2019: “He is one of the most, if not the most talented actor of his generation, and the most naturally gifted actor I’ve ever worked with.”

In a rare extended print interview for the same publication, DiCaprio was asked about making movies for streaming giants versus the grand cinematic experience.

“I’m open for anything … I just think, who can I make a great movie with? That’s it. I’m not here to make any statements.”