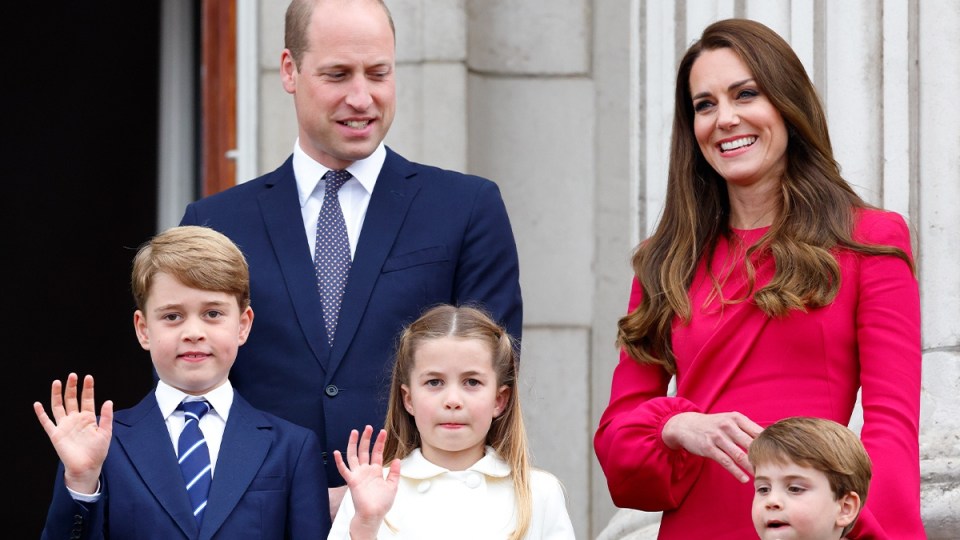 Prince William and Kate are reportedly eyeing a property on the Windsor estate, where the Queen now lives. Photo: Getty

Speculation around their relocation emerged in January, with reports suggesting the royals are hoping to give their children greater freedom – away from the watchful eyes of London.

The latest on the matter, according to the Sunday Times, is that the Cambridges have selected a house in Windsor, Berkshire, where the Queen permanently moved to in March.

They aren’t expected to move in with the Queen, though. If the reports are to be believed, the Cambridges are eyeing Adelaide Cottage on the Windsor estate.

The Cambridges, who will keep Kensington Palace as their London base, will make the move some time during the British summer.

Prince George, 8, and Princess Charlotte, 7, will leave their prep school, Thomas’s Battersea, and enrol in a school in the Windsor area with Prince Louis, 4.

“The reality is they are quite confined in what they can do in London,” a friend of the duke and duchess told the Times.

“The kids can’t go into the park and kick a football with friends. Their plan is to be there for the next 10-15 years and then move to Anmer, which is so special to them.”

Anmer Hall, the family’s beloved country property in Norfolk, was described as “their happy place”.

They plan to move there when the children are older.

In the meantime, shifting their home base to Windsor means the Cambridges will also be closer to Kate’s parents, Michael and Carole Middleton, who live in Buckleberry, about 40 minutes’ drive from Adelaide Cottage.

The family may ultimately end up living at “the big house”, AKA Windsor Castle, when William’s father Prince Charles ascends the throne.

Charles does not plan to spend as much time at Windsor as the Queen currently does, according to the Times.

The Cambridges are said to have inspected several properties at Windsor, but settled on Adelaide Cottage because it met their wishes for a “modest home”.

“Adelaide Cottage fits the bill because it is a four-bedroom home and they do not need any more as they have no live-in staff,” a source told The Sun.

“The three children will enjoy running around and playing in the gardens, which is the kind of life they enjoy so much when at Anmer Hall.”

William and Kate were apparently “adamant” they did not want anything too showy or in need of renovations, so they would not “be a burden on the taxpayer”.

The cottage was built in 1831 as a retreat for Adelaide of Saxe-Meiningen, the wife of King William IV, and has been visited by the likes of Queen Victoria.

The property, which was renovated in 2015, is described as “picturesque” by the heritage organisation Historic England.

And while it may be “modest” by royal standards, it still has a touch of royal to it.

The master bedroom boasts a coved ceiling with gilded dolphins, a rope ornament reused from the Royal George yacht, and a Graeco-Egyptian fireplace.

Sounds fit for a future king.