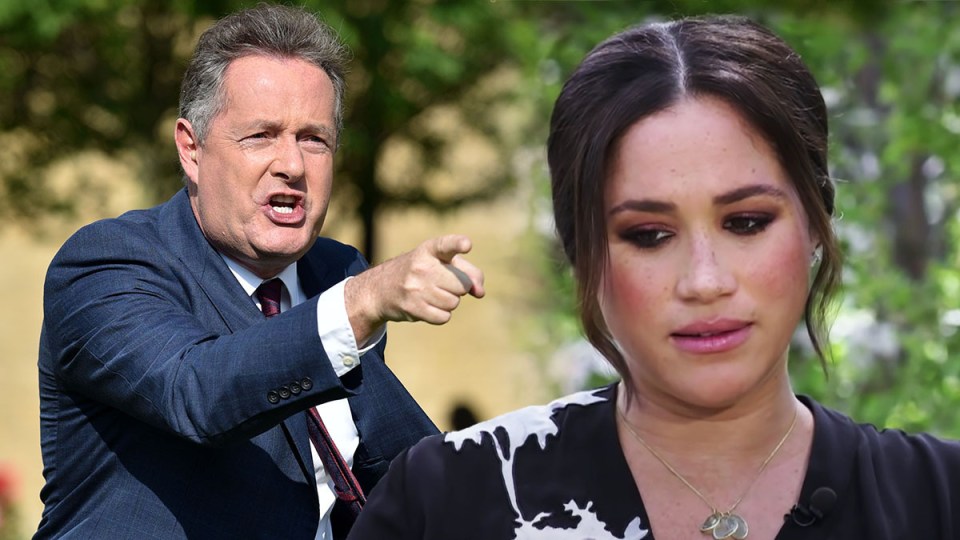 Piers Morgan has been cleared by Britain's broadcasting watchdog for controversial comments about the Duchess of Sussex. Photo: Getty/YouTube

Piers Morgan has accused the Duke and Duchess of Sussex of “complete hypocrisy” for their interview with Oprah Winfrey and said he has the “universal support” of the British public.

Morgan left his job on Good Morning Britain in March after an astonishing tirade against Meghan Markle following the couple’s revelations in their sit-down with Winfrey.

The duchess told Winfrey she was ignored when raising concerns about her mental health and that racist comments had been made before the birth of the couple’s son, Archie.

In his first TV interview since he departed the breakfast TV show, Morgan told conservative US news personality Tucker Carlson on Monday (US time) that he stood by his comments, accusing Harry and Meghan of the “most extraordinarily disingenuous smear, hit job” on the royal family.

And he said he had the backing of the public.

“Old, young, black, white, it didn’t matter. They’ve been coming up to me in their droves all day every day,” Morgan said.

Among other things in his GMB tirade, Morgan accused Meghan of lying in the interview

Britain’s media watchdog received more than 41,000 complaints about Morgan’s comments, which were also criticised by a mental health charity. But Morgan told Carlson that people either agreed with his comments on the duchess or defended his right to free speech.

“The British people have seen through this,” he told Tucker Carlson Today on the Fox Nation streaming service.

His departure came after an on-air confrontation with weather presenter Alex Beresford. Morgan stormed off the GMB set after Beresford called him out for his long-running preoccupation with the duchess.

“She’s entitled to cut you off if she wants to. Has she said anything about you since she cut you off? I don’t think she has, but yet you continue to trash her.”

Morgan described his former colleague as “the stand-in weather guy who does the weather occasionally”.

“He’s not a journalist. But he’s somebody I’ve helped with his career a number of times when he’s asked me to,” he told Carlson.

Morgan accused Beresford of a “premeditated attack … on a personal level”.

But he admitted he should not have left the set.

In his interview, which lasted for more than an hour, Morgan offered wide-ranging criticisms of the Sussexes. He described Meghan, who rose to fame starring in TV drama Suits, as the “delusional duchess who is on the make”.

Criticising couple for their commercial deals with the likes of Spotify and Netflix, Morgan said, “They’re not making all this money through talent – Meghan was an OK actress on a show not many people watched”.

And of Harry, Morgan praised his work in the armed forces, before adding: “What’s happened to that guy? That he’s turned into this whiny brat in his mid-30s complaining his dad isn’t still financing everything he does.”

Asked by Carlson what the future holds for the duke, 36, and duchess, 39, Morgan said: “She has a track record of ditching everyone and everything when they cease to be of use to her so my advice to Harry is make sure you remain of use.

“His primary use, it seems to me, is he has a royal title and she has been ruthlessly exploiting that title to the tune of hundreds of millions of dollars.”

He accused the couple of telling “so many ridiculous whoppers” in their March interview with Winfrey and dismissed claims he was racist for not believing them.

He said the Sussexes’ Winfrey interview was “tacky, tasteless, disingenuous, and I’m afraid, I believe, in some cases, downright lying on a global scale”.