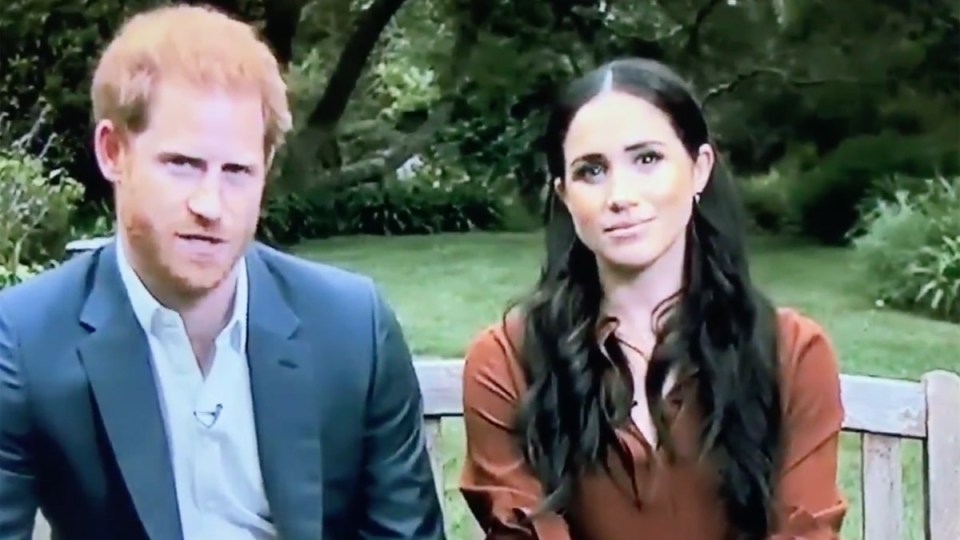 Some Trump allies have taken a dim view of Harry and Meghan's televised encouragement of voters ahead of the November presidential election. Photo: Instagram

Prince Harry and Meghan Markle have appeared in a US TV special, urging Americans to vote in the November 3 presidential election.

Their first joint TV appearance since officially quitting as “working royals” in March represents a significant departure for the Duke and Duchess of Sussex, particularly the prince.

Traditionally, members of the British royal family avoid political statements. Harry admits in the clip, which aired in the US on Tuesday night (local time), that he has never voted in a British election.

Harry and Meghan were filmed in the garden of their new $23 million home in the upmarket Californian city of Santa Barbara for the special broadcast unveiling Time magazine’s 2020 list of the world’s 100 most influential people.

It is the first time the list has been launched in a TV special, which was broadcast on the US’s ABC network on “national voter registration day”.

In the broadcast, the duke urged Americans to “reject hate speech” ahead of the November election.

“As we approach this November, it’s vital we reject hate speech, misinformation and online negativity,” he said.

Meghan, who will make history in November as the British royal family to publicly vote in an election, used the clip to continue her recent push to encourage Americans to register to vote.

“Every four years we are told the same thing, that this is the most important election of our lifetime. But this one is,” she said.

“When we vote our values are put into action and our voices are heard. Your voice is a reminder that you matter, because you do and you deserve to be heard.”

The duchess has become more politically outspoken as the presidential election has approached. In August, she sat down with activist and journalist Gloria Steinem to discuss feminism and voting – an interview notable for her declaration that Prince Harry was also a feminist.

“I love that when he just came in he said, ‘You know that I’m a feminist too, right Gloria? It’s really important to me that, you know that’,” she said.

“I look at our son and what a beautiful example that he gets to grow up with a father who is so comfortable owning that as part of his own self-identification.”

Meghan wore a brown top and cropped black trousers for the broadcast, while Harry wore a grey suit.

The couple also urged Americans to be careful how they engaged online.

Harry adds: “But when the bad outweighs the good, for many, whether we realise it or not, it erodes our ability to have compassion and our ability to put ourselves into someone else’s shoes.

“Because when one person buys into negativity online, the effects are felt exponentially. It’s time to not only reflect, but act.”

The royal couple also recognised those named on the Time list, and the work they have done.

“We are incredibly proud to join you in this historic moment in time.”