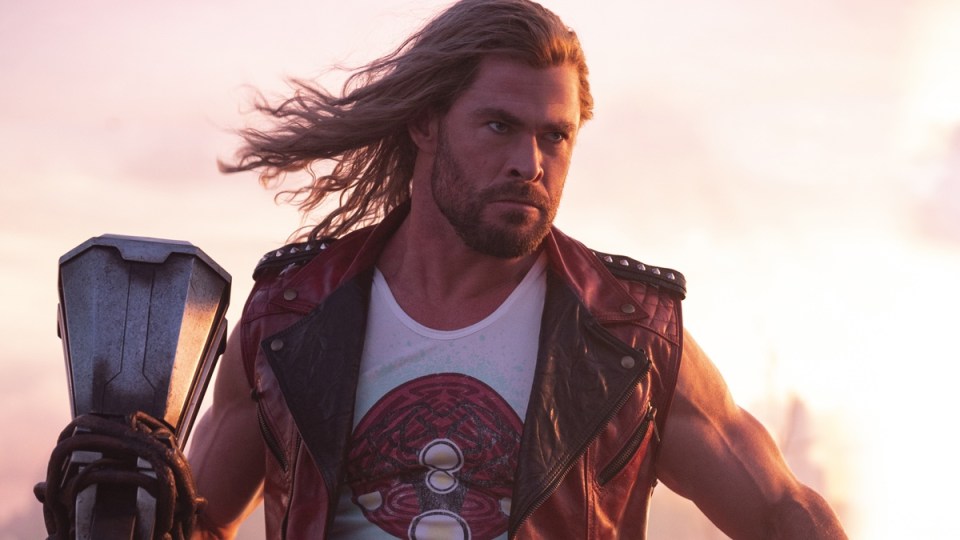 The fourth instalment of the Thor franchise will hit Australian cinemas on July 6. Photo: Marvel Studios

Thirteen years ago, when Marvel Studios was looking to introduce Thor to the world of movies, they wanted an “amazing performer who had the chops”.

They searched high and low the world over, and then Chris Hemsworth’s 2009 audition tape landed on their desk.

Wearing a loose-fitting T-shirt, neatly unshaven and with mousey-brown hair, a young, less bulky Hemsworth delivered a few lines from that original script.

“The world is my punishment. It’s my punishment for the endless pursuit of glory,” he said, with a poetic, international inflection.

Marvel Studios president Kevin Feige shared the discovery in the lead-up to the fourth Thor movie, which premiered in Sydney on June 27 and will be released in local cinemas on Wednesday.

“One of the early decisions we made at Marvel Studios was bringing on Thor … and we always knew we wanted to find an amazing performer who had the chops to perform this character as we saw him,” Mr Feige said.

“We looked the world over, and we found Chris Hemsworth.”

Mr Feige said the decision makers at Marvel knew Hemsworth would do a good job as soon as they saw the tape.

Three years in the making

Director Taika Waititi’s Thor: Love and Thunder was expected to begin filming in late 2020, but was delayed due to the COVID-19 pandemic and its subsequent lockdowns and restrictions.

The storyline picks up with Thor leaving the Guardians behind to follow his own path, and we see his weight-loss training and new outfit centre stage.

“These hands were once used for battle, now they’re but humble tools for peace,” Thor says, putting aside his new hammer Stormbreaker.

“Now I need to figure out exactly who I am.”

What does Hemsworth think about the fourth Thor … and a fifth?

Hemsworth’s filmography this year is hectic, with Extraction 2, Spiderhead and Thor: Love and Thunder already in the can.

After he finishes his Thor tour of duty, he’s returning to the set of Mad Max prequel Furiosa, somewhere in outback New South Wales.

For now, he’s concentrating on his love of the superhero character in Thor, and keeping alive the Norse god’s enduring appeal to audiences from young kids to mums (who most likely will faint during his scene with Crowe) to MCU fans the world over.

In a recent press conference in Los Angeles with the main cast, Hemsworth speaks about the making of the film and what it was like on set.

“It’s different? A beautiful, mad chaos? It’s a journey of self-discovery and exploration and fun and wackiness. There’s music playing, and Taika’s standing behind the camera, giggling and ruining most of the takes,” he said.

“No, it’s the best. It’s free form. There’s a lot of improvisation but just an unrivalled passion. There was an enthusiasm that was infectious among everybody.

“Taika loves it. He loves the stories, these characters, and he’s sitting there as a fan would, telling you what he’d want to see and what a family would want to see.

“He’d be like, ‘Hey, try this’. No matter how ridiculous it is, everyone’s on board.”

Mr Feige says audiences respond to Hemsworth, who he says has “expert timing”.

But now the fourth instalment is done, what’s next?

“If the question [is], ‘Have you told all the great Thor stories from the comics and movies?’, the answer is no,” Mr Feige said in a recent press conference.

“If we look at the comics as our guide, there are plenty of other incarnations of Thor that we have that we have yet to see.”

For the New Zealand filmmaker Waititi?

“When you meet Chris, it’s very hard to figure out how to make him relatable. That was the big challenge (laughs). I’ve become friends with Chris, and I think as a personality and his energy and who he is, he is the kind of person I’d want to be on an adventure with,” Waititi said.

“He’s someone who you can trust will be there and look after you like a real-life hero. I wanted to tap into those qualities that he’s got, and make Thor more Chris.:

Hemsworth has revealed how Waititi revived the Thor franchise with 2017’s Ragnarok.

Speaking to The New York Times, Hemsworth admitted fan support for Thor was “waning” after 2013’s The Dark World.

“I felt fatigued and there was an audience fatigue, too. If we didn’t do something different and change it up, I wasn’t convinced we were going to bring back an audience,” he said.

Ragnarok proved to be a massive box-office hit, with Waititi winning audiences over with his humorous flair and a playful 1980s soundtrack to match.

Love and Thunder is one of many new additions to his filmography this year.

The highly-sought-after director is working on two Roald Dahl projects for Netflix, putting together a soccer comedy series, and writing a Star Wars movie – among more unannounced projects.

Taking a look at his jam-packed schedule, Waititi conceded he finds it difficult to say no.

“If I was to step back and look at all of the things I’m doing, I’d probably have a panic attack,” he said.

“I know there’s too many things. I know I’m doing a lot. I just have to keep pivoting every couple of hours.”

“If he isn’t continually creating, he would become stagnant,” he said.

“Most of us would fall flat on our asses from exhaustion. That’s what fuels him, in a strange way.”